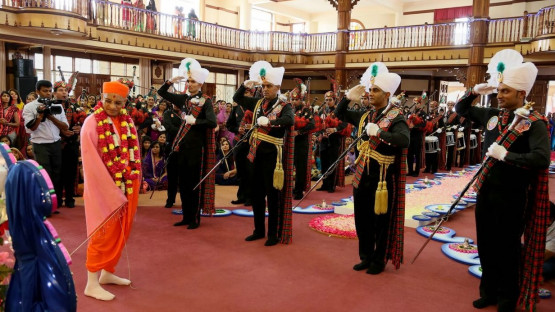 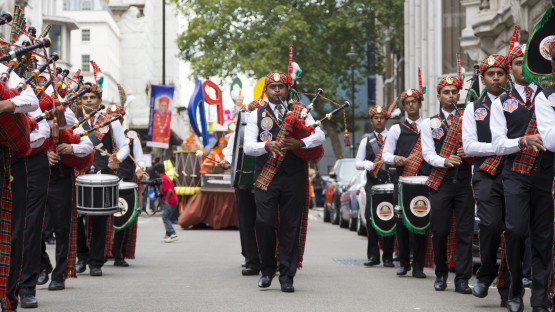 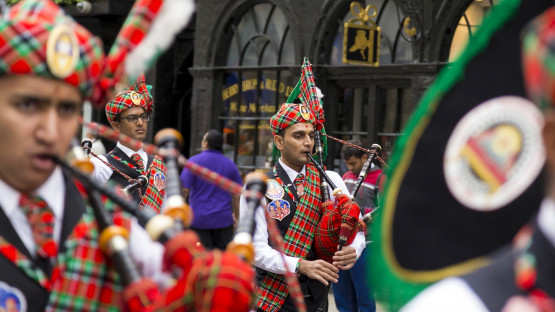 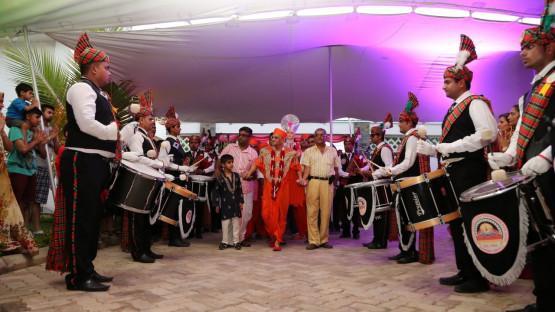 In the early 1950's, during His frequent visits to East Africa, Gurudev Shree Muktajeevan Swamibapa inspired disciples to form a Band through which they could nurture their musical skills and participate in events that bring the diverse community together. Shree Muktajeevan Swamibapa Pipe Band was formed in 1955 making it the first Indian-Scottish pipe band of its kind anywhere in the world.

The Band initially comprised of a few members playing bugles, trumpets and drums, but has since flourished, adopting new and high performance musical instruments. With the encouragement and divine blessings of Acharya Swamishree Maharaj, the Band has evolved into a traditional Scottish pipe band, with a traditional, military uniform to match.

Over the past 60 years, Shree Muktajeevan Swamibapa Pipe Band, Nairobi has performed on numerous occasions during religious and public functions in Kenya, Uganda, Tanzania, India and the United Kingdom. In addition to performing at the Organisation’s religious and cultural festivals, the Band also supports charitable causes, raising vital funds and creating awareness of important issues. The public functions give an opportunity to interact with members from different communities and build cohesive bonds of brotherhood.

Probably one of the most noteworthy public performances of Shree Muktajeevan Swamibapa Pipe Band, Nairobi include saluting President Uhuru Kenyatta at Kasarani Sports Complex during the Presidential Swearing-in ceremony in April 2013. 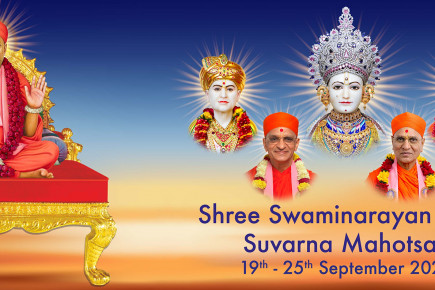 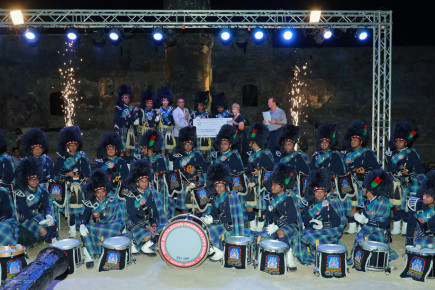 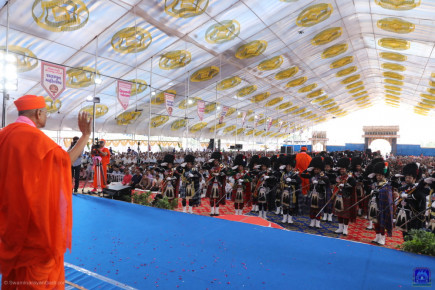 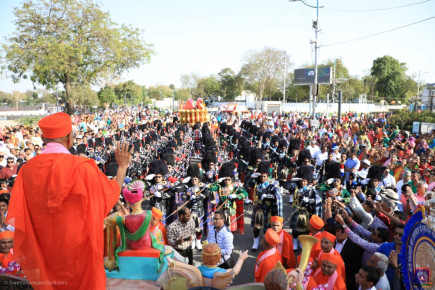 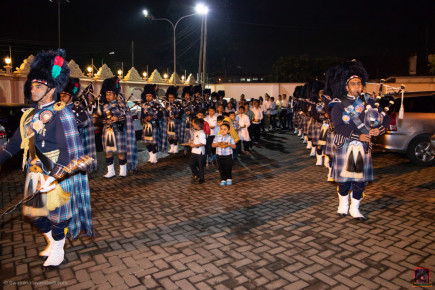 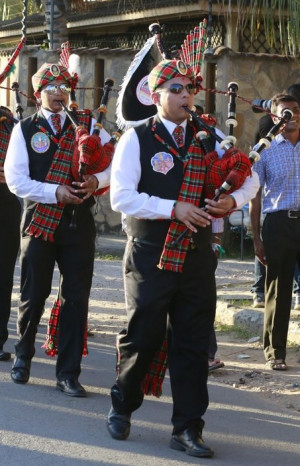