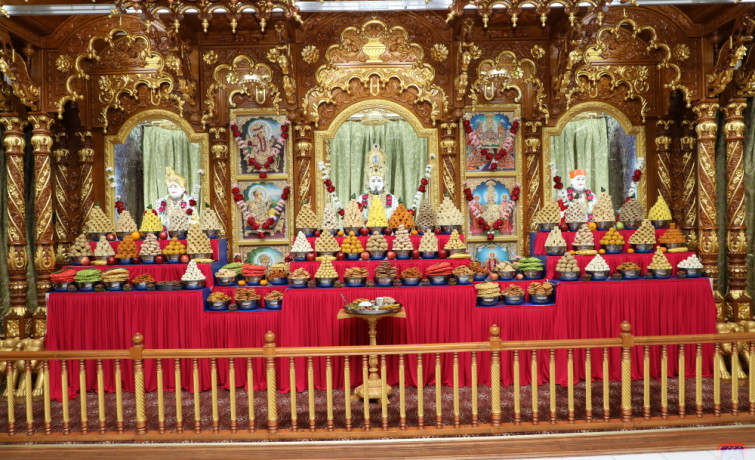 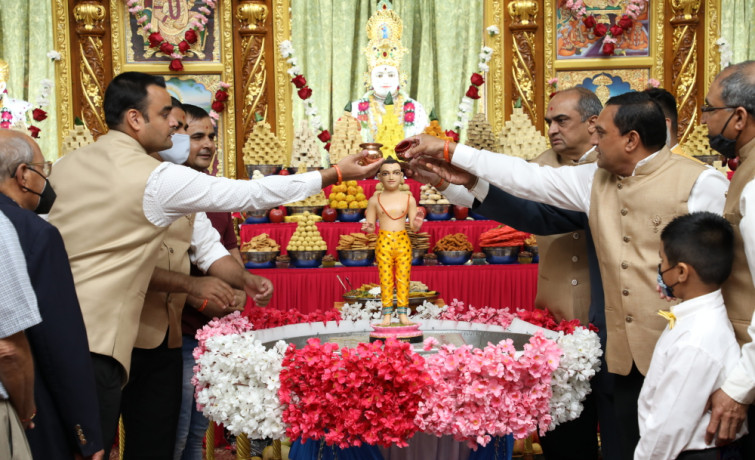 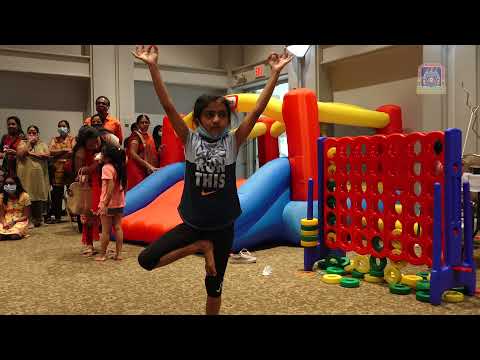 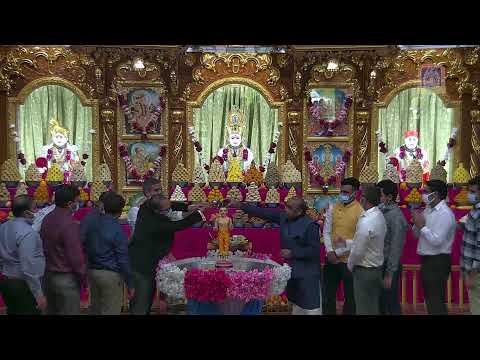 On August 1st, New Jersey Temple celebrated its 20th anniversary and patotsav. Unlike patotsav celebrations that happened pre-covid, disciples and guests celebrated this milestone without the presence of sants, Acharya Swamiji, and the all beloved Acharya Swamishree.

On Saturday, July 30, New Jersey Temple hosted a carnival for everyone in the community to enjoy a fun day at the Temple. There were various activities and games at the carnival including an outdoor water slide for kids to enjoy and a dunk tank so people can take turns dunking their friends and family in water. The carnival also featured indoor activies like a soccer darts, and a bouncy house. Disciples and attendees also enjoyed playing table games such as table tennis and jenga. The carnival concluded with a game, in which, contestants had to throw a ball through a triangle peg. While many contestants came close to needling the hole, none were successful. The carinval also featured many delcious meals including home made pizza, popcorn, cotton candy, and mahaprasad served after aarti at the end of the event. Disciples enjoyed the day and used the night to rest up before the patotsav, the next morning.

Shree Swaminarayan Temple New Jersey managed to celebrate this momentus day with hundreds of guests. The Secaucus town fire department came as they usually do, to help change the dhaja on the sihasan. Shree Muktajeevan Swamibapa Pipeband New Jersey also performed to escort our honored guests to the Mandir Hall, where the festivties were being held. Disciples were also blessed with a short Ashirwad recording from Acharya Swamiji. This ausipicious day continued as people performed darshan of the murtis, annakut prasad, and performed aarti. Many disciples have not been able to visit the temple as frequently as they used to, so returning to a sense of normalcy by continuing our patotsav celebrations was a bit refreshing to all in attendance. Hundreds of guests also enjoyed mahaprasad including prasad from the annakut.

Shree Swaminarayan Temple New Jersey thanks everyone who was able to attend and eveyrone, who also had the pleasure of joining us online, through our live feed. 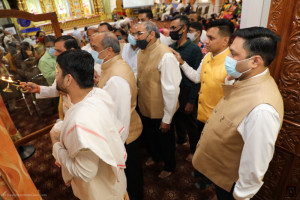 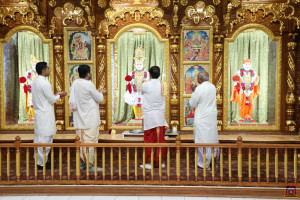 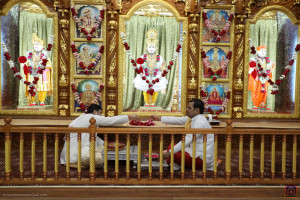 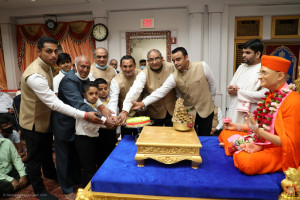 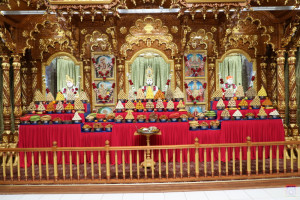 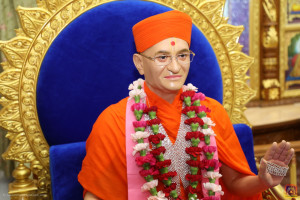