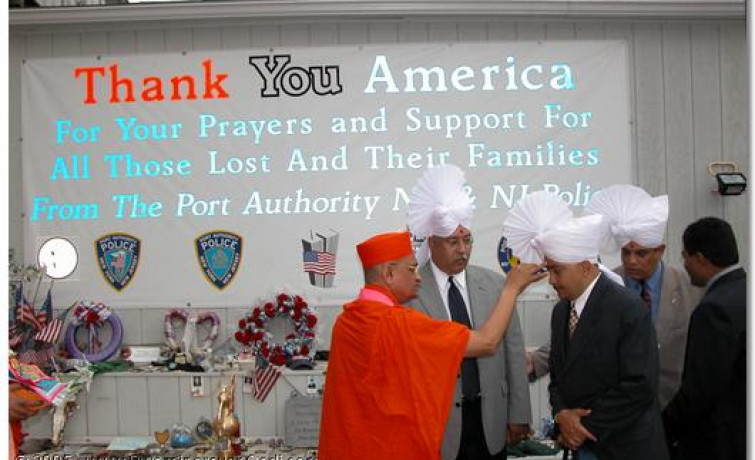 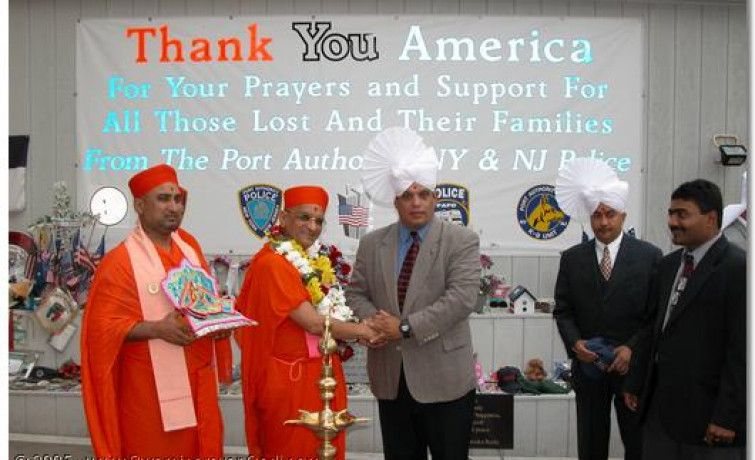 The tragic events of September 11th 2001 have caused much distress and anxiety to the entire world. In particular, the families of all those who perished, have had to endure much pain and grief.

Acharya Swamishree held a special assembly in Maninagar on the 12th September 2001 in order to pray for spiritual peace for all those who died and to ask God to give strength to their families. During this extraordinary prayer meeting, Acharya Swamishree said, "Let us all pray for universal peace, understanding and compassion upon the earth. May the supreme Lord Swaminarayanbapa Swamibapa bestow peace upon all the souls who were needlessly killed in this thoughtless tragedy. And may the Lord instil the wisdom into those who inflicted so much pain; that they recognise their error and repent accordingly, so that such grief is never again imposed upon humanity."