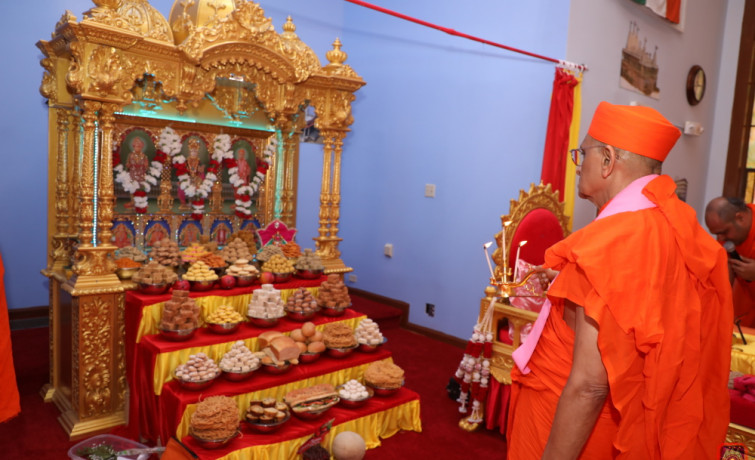 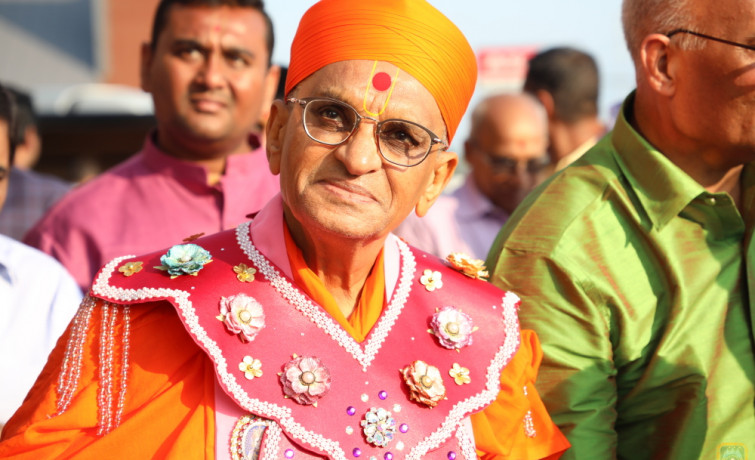 On Sunday, June 30th, 2019, His Divine Holiness Acharya Shree Purushottampriyadasji Swamishree Maharaj performed the 6th Patotsav ceremony of Shree Swaminarayan Temple – Louisville, Kentucky. In addition to inspiring the Patotsav celebrations, Acharya Swamishree also invited several guests and leaders from the Louisville community to personally thank them for their services and support during a vandalism incident that took place at the temple earlier this year.

Acharya Swamishree performed the shodshopchar poojan as part of the Patotsav ceremony, and a variety of sweet and savory snacks and delicacies was offered to the Lord. Everyone offered aartis in celebration of the important milestone for the temple and disciples of Kentucky and the surrounding states. Following the Patotsav ceremony, Acharya Swamishree very lovingly and jovially showered His divine blessings, partway through during which the day’s invited guests were honored. Young disciplesprcolaimed the chhadis of Lord Shree Swaminarayanbapa Swamibapa in unison before Acharya Swamishree showered His divine blessings upon the entire congregation.

In attendance was Kentucky’s Attorney General Andy Beshear. Andy Beshear took the time to share his beliefs, which coincide with many of Maninagar Shree Swaminarayan Gadi Sansthan’s principles, such as basic human rights - the same rights he has been fighting for as Attorney General and the same beliefs he is standing by as he runs for Governor of Kentucky.

We also had State Representative Nima Kulkarni, along with her father, Suhas Kulkarni. Nima Kulkarni is the first Indian State Representative in Kentucky. Both of these individuals played a critical role in getting in contact with officials and authorities to apprehend the young individual responsible for the vandalism at the temple. They helped, in coordination with Mayor Greg Fisher’s office, to set up and organize the Paint the Hate event that took place days after the incident.

Louisville Metro Police Department’s Chief Steve Conrod was also in attendance, and he summarized the setting/mood in the temple on Sunday, June 28th, 2019 vs. Saturday, February 2nd,2019 – the joy and happiness in everyone’s faces in the presence of Acharya Swamishree and sants vs. the worried and startled looks earlier this year. Chief Conrod, speaking on his behalf as well as Mayor Fisher’s, stated they will continue to support and ensure our temple and its members are safe when they come for their weekly services.

In attendance were also representatives of Congressman John Yarmuth. Representing him was District Director of the Congressman, Nicole Yates. Mayor Greg Fisher was represented by Nicole Cates, Director of Development and Compassion Initiatives.

Also invited was Dr. Desai, who represented IARC (Indian America Relations Councils), which is a non-profit organization, created to serve the Indian Community when they are faced with hate crimes, discrimination, racism, etc. While our temple was fortunate to have State Representative Nima Kulkarni as a resource, many Indians do not have such a resource. IARC is meant to be this resource.

After the conclusion of Acharya Swamishree’s divine ashirwad, everyone enjoyed mahaprasad. During the evening, a devotional program was held at a community hall at the University of Louisville, Kentucky. Sants and disciples performed kirtan-bhakti to please Acharya Swamishree.

All in all, it was a blessed day in Louisville, Kentucky, for all the disciples of Louisville and surrounding states! 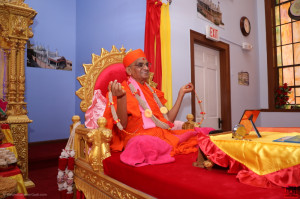 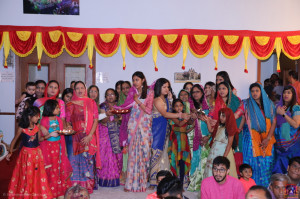 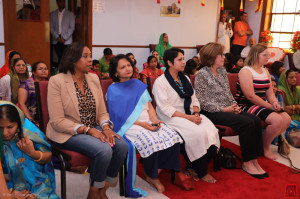 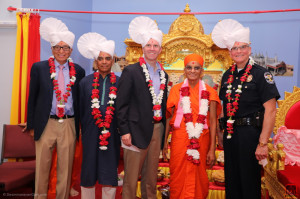 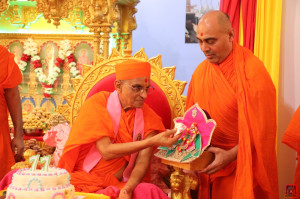 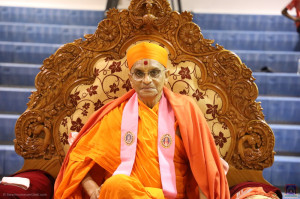