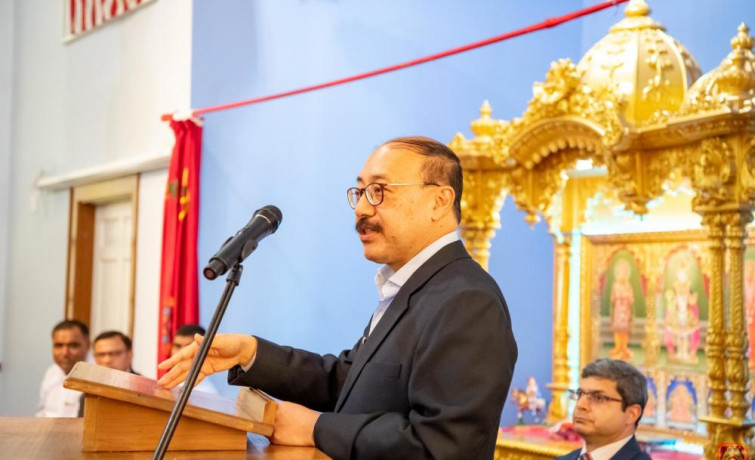 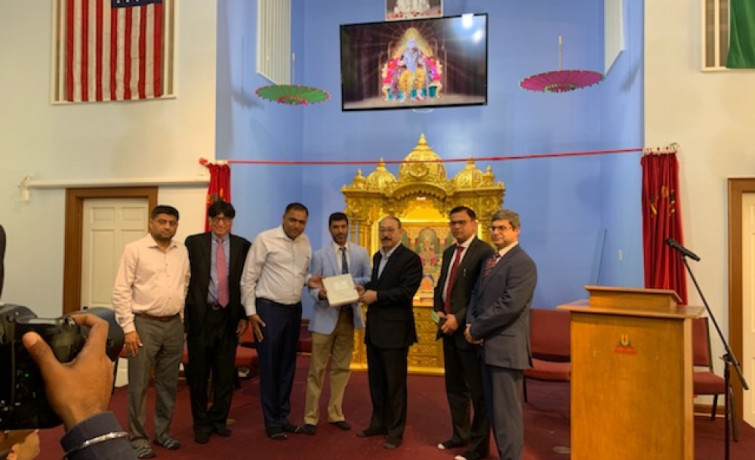 Maninagar Shree Swaminarayan Gadi Sansthan’s Temple in Louisville, Kentucky (USA) was honored to welcome Ambassador of India to the United States, His Excellency Harsh Vardhan Shringla, on Monday, May 5th, 2019. The Ambassador, upon hearing the temple had been vandalized earlier this year, had made it his priority to reach out to the temple and physically tour the temple. He was accompanied by the Minister of Community Affairs (Mr. Anurag Kumar), the Minster of Commerce (Mr. Puneet R. Kundal), and the Under Secretary Ministry of External Affairs (Ms. Satwant Khanalia).

The Ambassador greeted and met with temple leadership before addressing the greater Louisville Indian Community in a town hall. He was pleased to see how the temple, along with Kentucky State and Louisville City officials, handled the situation, and he reassured that he, along with his staff, is and will be there to fully support the temple, as well as all Indians who reside in the Louisville community. He was stunned and extremely pleased by the number of people of all faiths who took part in the community clean up, Paint the Hate, shortly after the incident.

During the town hall, Ambassador Shringla acknowledged the selfless leadership of and the remarkable contributions to India and the world made by His Divine Holiness Acharya Shree Purushottampriyadasji Swamishree Maharaj. He also addressed questions from the community regarding India’s elections and India’s strengthened relationship with the United States. 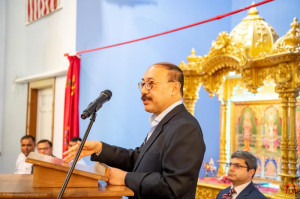 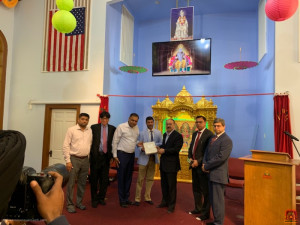 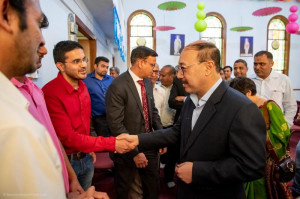 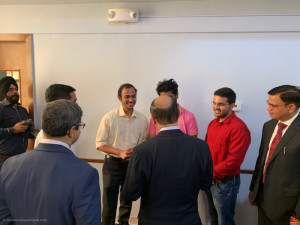 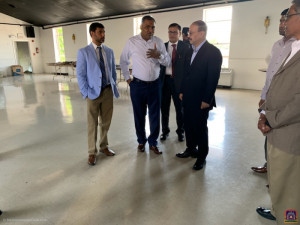 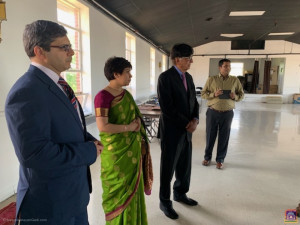