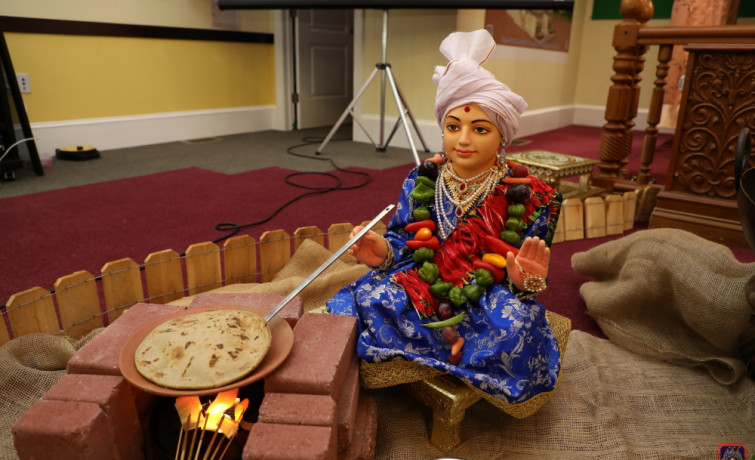 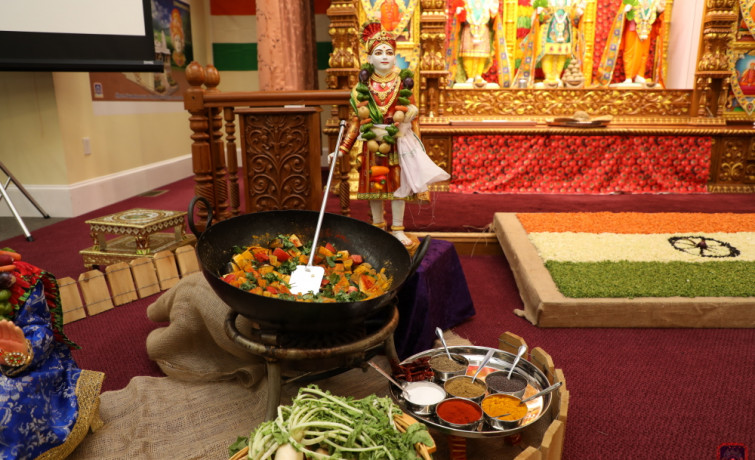 In Samvat 1877 (1820 CE), Kartik Vad 10, Lord Shree Swaminarayan was presiding in the gaam of Loya. During an assembly, He said “My dear Sants! You prepare lavish meals for me, but now I want to prepare shak (curry) and serve you all. I will prepare such a delicious shak that you will remember it forever.”

The Lord then summoned for ringan (eggplant), ghee (clarified butter), salt, spices, sugar, and chilis, and He prepared a delicious eggplant shaak. This marked the beginning of the Shakotsav festival.

Since the Lord Himself prepared and served the shaak to all who came to celebrate this festival, His clothes became stained from tumeric powder and other spices, but He did not care about this - His sole purpose was to serve His beloved sants and disciples. Jeevanpran Shree Muktajeevan Swamibapa showed this same spirit of servitude by referring to Himself as “dasanudas” or “the servant of servants.”

The news of this Shakotsav spread to neighboring villages and regions, and disciples from different regions gathered in Loya for this festival. Disciples humbly and generously donated to this event, and the Lord accepted their offerings. This festival continued for two and a half months. On the final day of the festival, Lord Shree Swaminarayan prepared eggplant shaak with 360 kilograms of fresh ghee and 1200 kilograms of eggplant!

The Lord asked Nityanand Swami and the other sants to make sweet ladoos, so Nityanand Swami served those. However, the Lord had instilled a divine, delicious taste into the eggplant shaak, and consequently, everyone asked for more and more of it, and refused to take any of the ladoos. In this manner, a grand Shakotsav festival was held in the village of Loya. Traditionally, bajra na rotla (millet flour bread) are mixed and prepared by hand and then cooked on clay skillets.

His Divine Holiness Acharya Swamishree has performed grand Shakotsavs all throughout the world, reenacting Lord Shree Swaminarayan’s divine episode, which occurred nearly 200 years ago. He has prepared shak, rotla, and ladoos and served all of these to His disciples. During the Shakotsav, Acharya Swamishree teaches the importance of servitude to disciples. Even though it is eggplant shaak that the Lord and Acharya Swamishree serve to disciples, this is symbolic of the gnaan (religious knowledge) and key to absolute salvation that they are serving to us. While we may perform seva and bhakti to please and serve the Lord, it is truly the Lord and His Satpurush who practice ultimate servitude unto disciples.

The disciples of Shree Swaminarayan Temple – Bear, Delaware, celebrated the Shakotsav festival, along with Republic Day of India, on Saturday, January 27, 2018. Disciples had gathered in the temple on Friday evening to decorate the temple and create the Shakotsav scene and the Indian flag out of chopped carrots, cabbage, and green beans. They gathered back together the next afternoon to prepare rotla, eggplant shaak, and khichdi.  The celebrations commenced at 4 PM with kirtan-bhakti and video darshan from previous Shaktosav celebrations initiated by Acharya Swamishree in Maninagar-dhaam. Disciples then listened to katha and performed a final Shakotsav kirtan with a full array of musical instruments, including keyboard, dhol, and dholak. Disciples then performed samuh-aarti and sandhya aarti niyams before everyone had a chance to enjoy some delicious prasad. The Shakotsav festival was enjoyed by all. 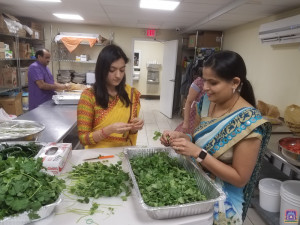 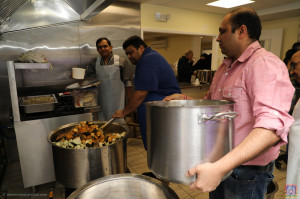 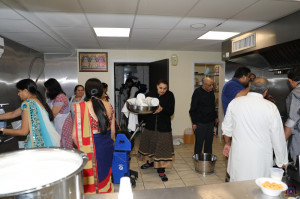 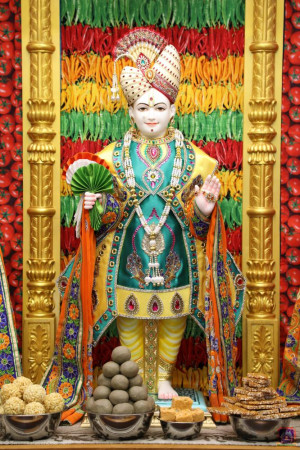 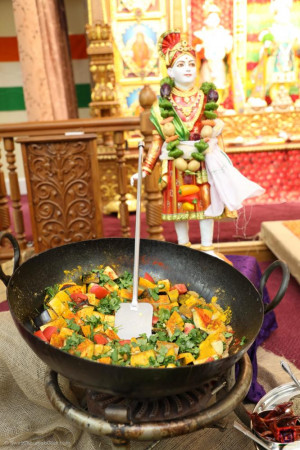 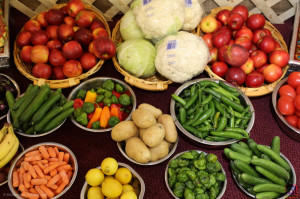