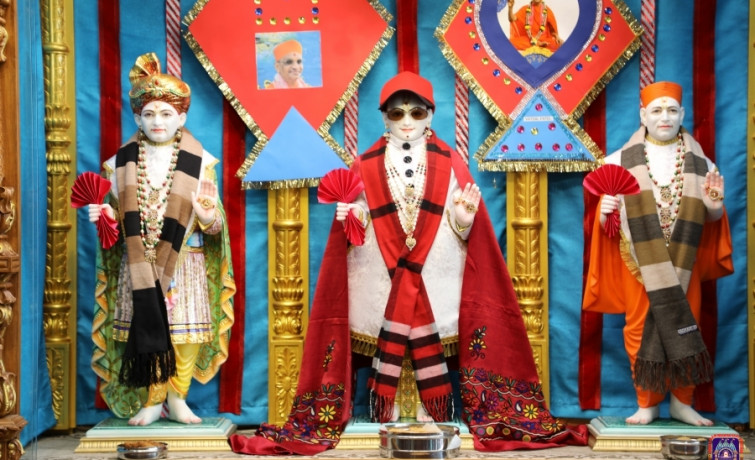 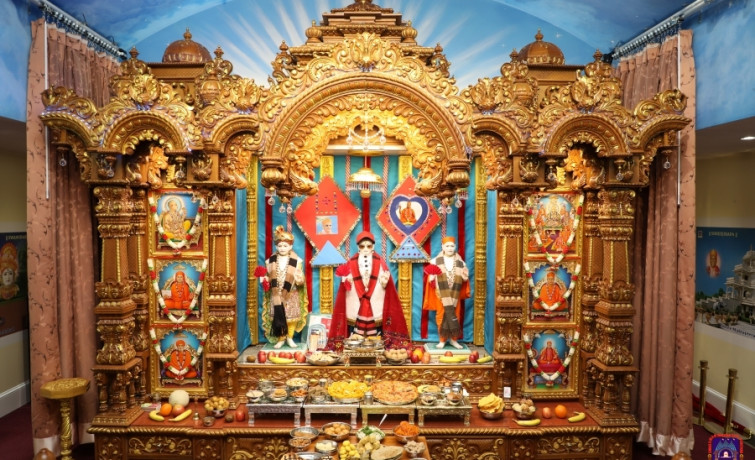 The name in Sanskrit for the zodiac sign (rashi) of Sagittarius is “Dhanur.” “Maas” means month. As such, “Dhanurmaas” is the month of the Hindu lunar calendar during which the sun transits through Dhanur rashi. The sun is at its most southern point during this period. During this period of cold, dark days, it is considered beneficial to make donations, serve food to the Brahmins and fellow disciples, and perform religious activities. The rewards of religious and devotional activities are much greater during Dhanurmaas than during other times.

Dhanurmaas is a very special time for disciples of the Swaminarayan Sampraday. Lord Shree Swaminarayan attended school during Dhanurmaas. Therefore, every morning at Mangala Aarti during this month, disciples prepare plentiful delicious thaals and meals with a variety of delicacies to offer to the Lord before He heads off to school each morning. These meals are made with love and devotion to keep Him full during His studies and warm during the cold winter days.

“Makar-Sankranti” marks the end of Dhanurmaas. After the zodiac sign Sagittarius comes the zodiaq sign Capricorn or “Makar.” “Sankrant” means “transition” Therefore, when the sun transitions to Makar, this special day is called “Makar-Sankranti.” On Makar-Sankranti, the sun changes its course and starts to head in a northerly direction. The days start to get longer and sunnier, and the sky becomes clearer, as spring comes closer.

Makar-Sankranti is also known as “Uttrayan.” The term Uttrayan is derived from two different Sanskrit words "uttara" (north) and "ayana" (movement), thus indicating the northward movement of the sun on the celestial sphere.

The festival of Makar-Sanktranti or Uttrayan, also known as the Kite Festival, is a day for celebration. It is a sign for farmers that the sun is back, and the harvest season is approaching. A feeling of anticipation, joy, and jubilation grips all who celebrate the occasion of thanksgiving and merry-making. Traditionally, to celebrate this festival, foods such as undhiyu (a mixed vegetable including yam and beans), sesame seed ladoos and chikki (sesame is called “til” in Gujarati, so sometimes people even call this day “Til-Sankranti”), and jalebi are cooked. A medley of pearl millet, wheat, and sorghum is cooked and fed to the cows. This mid-winter festival is also considered an auspicious day for giving donations and alms.

Uttrayan is famously celebrated in Gujarat by flying kites. Flying kites is a form of adoration to the Sun as it changes direction, and so the skies become filled with beautiful shapes, sizes, and colors of kites. People of all ages fly kites from dawn to dusk. Family and friends can all be met outdoors on this day. Crowded rooftops, fun-loving rivalry to outdo each other in kite flying skills (and cut each other’s kites!), and delicious traditional Gujarati food are the hallmarks of the day. Although Uttrayan is predominantly a Hindu festival, history has it that India developed a rich tradition of kite flying due to the patronage of the Kings and Nawabs who found the sport both entertaining and a way of displaying their prowess.

"A kite flies high in the sky, yet it remains controlled by the person holding the string. In the same manner, your life remains amongst the wilderness that exists in the form of worldly life, but still, you must ensure that your tie with the Lord is never severed, and that you remain controlled by the directives of God. If you do not, the string that unites you with the merciful Lord will break. You must remain vigilant that your string does not become entangled by irreligiousness and immorality because again, that will cause your union with the almighty Lord Shree Swaminarayanbapa Swamibapa to cease. With the almighty Lord as your controller, you will be able to ascend higher and higher, just like the colorful kite that ascends into the clear sky of Uttrayan."

Acharya Swamishree has also explained, that during Uttrayan, while we try to cut other kites so that our own may ascend the highest, there is another lesson to be learned. Throughout our lives, we should “cut” out the kites of our internal enemies, such as “krodh” (anger), “lobh” (greed), “kaam” (lust), “maan” (ego), “irsha” (jealousy), etc. We should then fly our auspicious kites of “dharma” (religion and duty), “bhakti” (devotion), “gnan” (religious knowledge), and “vairagya” (detachment from worldly objects and relations) as high as we can.

In this way, at Shree Swaminarayan Gadi, the Karan Satsang, Dhanurmaas and Makar-Sankranti or Uttrayan are auspicious, joyous times during which there is much opportunity for devotion and moral understanding. We should use these opportunities to please Lord Swaminarayanbapa Swamibapa and Acharya Swamishree to the best of our abilities, and God will support us in our endeavors to please Him.

The disciples of Shree Swaminarayan Temple – Bear, Delaware, celebrated Dhanurmaas and the Uttrayan festival - Throughout the month, disciples prepared thaals each morning to serve Lord Shree Swaminarayanbapa Swamibapa, and on Saturday, January 13, 2018, a samaiyo was held to celebrate Uttrayan. The young children of the temple made their own kites, with which the mandir was decorated for the celebrations, and they also gave a speech on the background and importance of Dhanurmaas and Uttrayan. Additionally, on Sunday, January 14, 2018, the congregation gathered in the temple for mangala aarti and a grand thaal to conclude the festival. Disciples had prepared an assortment of sweet and savory delicacies for the Lord. After conclusion of thaal and niyams, disciples enjoyed the prasad together. 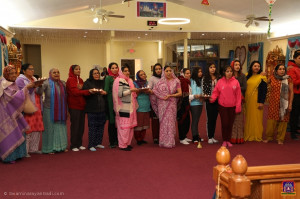 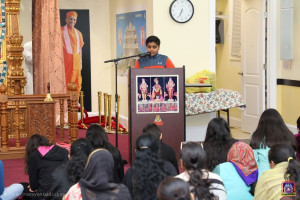 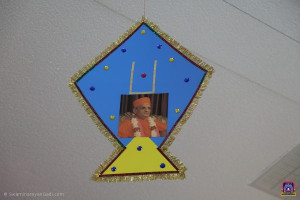 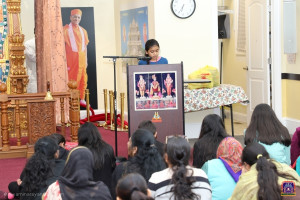 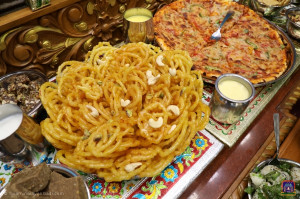 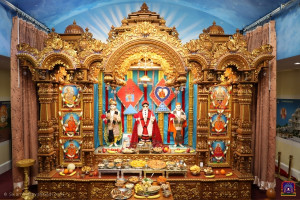