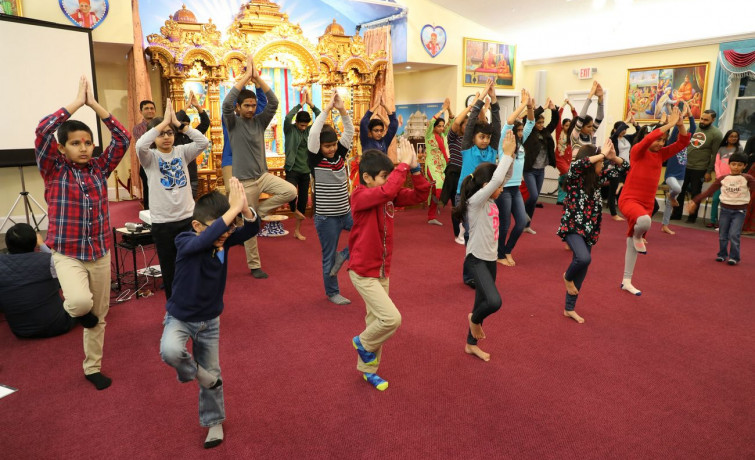 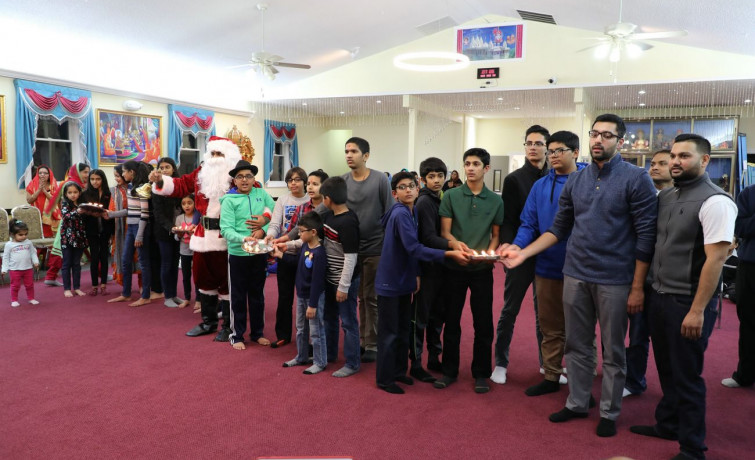 Lord Shree Swaminarayan, Jeevanpran Shree Abjibapashree, Jeevanpran Shree Muktajeevan Swamibapa, His Divine Holiness Acharya Swamishree Maharaj, and our entire guruparampara are keen on imparting religious knowledge to their disciples using "gammat saathe gnaan" or "playing and learning." Using games, humor, and playfulness, they impart immense knowledge to their disciples. This method draws disciples, both young and old alike, to the path of devotion and absolute salvation.

In this spirit, Shree Swaminarayan Temple - Bear, Delaware, holds an annual Kids' Shibir right before the New Year. The purpose of this shibir is to give the young children of the temple and surrounding community a day to play and enjoy themselves in the presence of Lord Swaminarayanbapa Swamibapa while increasing their knowledge about the Karan Satsang and their inclination for the Lord's Murti. This year, the shibir fell on the afternoon of Saturday, December 30, 3017.

Before the program commenced, some light snacks were served to all disciples downstairs. The program officially commenced with the young girls of the congregation singing the prathna "Shreeji Tame Chho Maat Pita Ne." Young boys accompanied them with the playing of the keyboard and harmonium.

Following the singing performance, three young boys proclaimed the chhadis for Lord Shree Swaminarayan, Jeevanpran Shree Abji Bapashree, and Jeevanpran Shree Muktajeevan Swamibapa, after which another young disciple encouraged the audience in chanting "Vande Swamishree!" with him. With this, the young disciples had announced the arrival of Lord Shree Swaminarayanbapa Swamibapa, who is ever-present and omni-present, to the shibir, and they had prayed to them to be with them not just in the New Year, but throughout their lives and beyond.

Four young girls then gave a speech about the New Year and the importance of our daily pooja in both English and Gujarati. This engaged the multi-lingual audience of both children and adults.

Once all the games were finished, two young girls sang the kirtan "Ghanshyam Vahla," and another young girl from the congregation gave a speech about the divine episode of Sadguru Shree Ishwarcharandasji Swami with Mitha Bhakt from Shree Swaminarayan Gadi Granth. Along with a recap of this divine episode, she explained the meaning of sarvopari upasana towards Lord Shree Swaminarayanbapa Swamibapa.

Events like this not only provide an opportunity for young disciples to play and learn, but they also help build the unity within our temples and mandals. What better way to end the current year and start the new year than to sing and proclaim the praises of Lord Shree Swaminarayanbapa Swamibapa and play with our satsangi brothers and sisters in their presence? The Lord, as our true mother and father, is immensely pleased to see His beloved children playing and learning with one another. The annual shibir was yet another success, and the temple looks forward to hosting the next one. 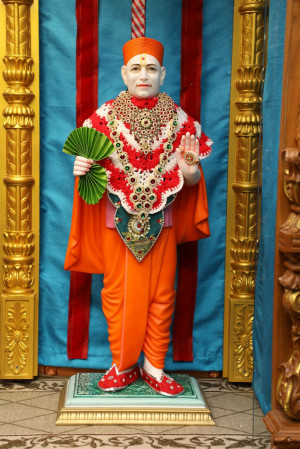 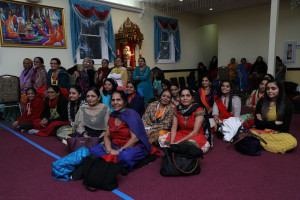 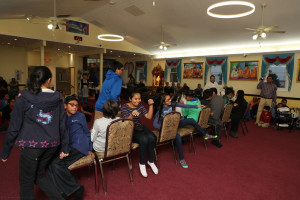 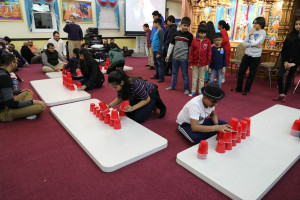 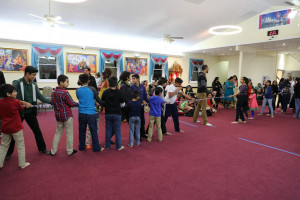 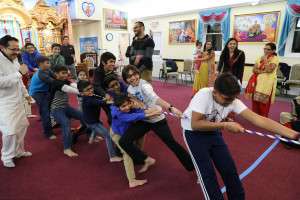