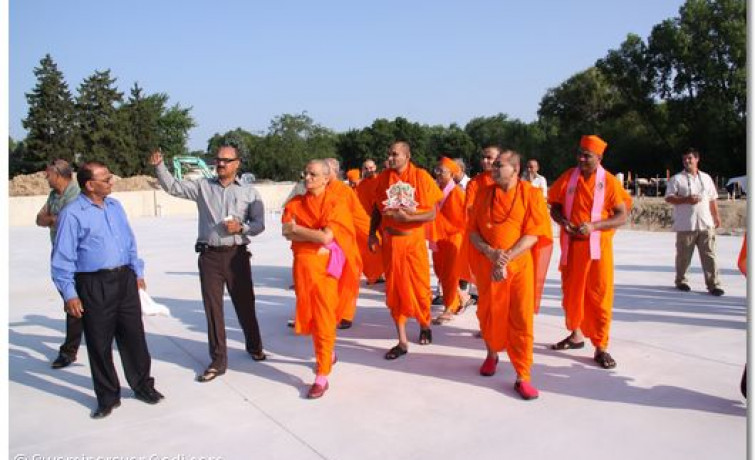 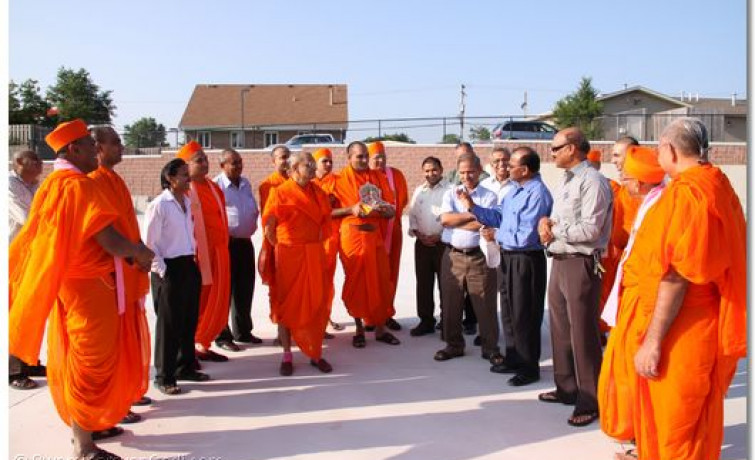 Sunday, June 26th, 2010 marked the 9th Patotsav of Shree Swaminarayan Temple Chicago. Shree Swaminarayan Siddhant Sajivan Mandal Midwest-Chicago had lined up an array of activities for Saturday and Sunday in order to celebrate the occasion.

Saturday evening, satsang sabha was held at Jane Addams Junior High School, and afterwards, maha prasad was served to all.

The celebration continued on Sunday. The day started with His Divine Holiness Acharya Swamishree performing the Patotsav ceremony. After the ceremony, eminent sants had arranged an annkoot to offer to Lord Swaminarayanbapa Swamibapa. Sants and disciples the performed aarti to the Lord. Disciples were then served maha prasad.

Patotsav Sabha was then held at Jane Addams High School. Sabha began with kirtan-bhakti performed by our belovedsants, and this was followed by a welcoming ceremony. Afterwards, young disciples performed two dances and a small comical skit in the format of a quiz competition about our Swaminarayan religion. Acharya Swamishree then showered His divine blessings upon the congregation.

In His blessings, Acharya Swamishree preached about the importance of silence. Even a fool can be disguised as an expert until he spills the beans and reveals the truth by speaking. Speech is silver but silence is golden. A person's wisdom is measured when he speaks out. One of the Lord Swaminarayan 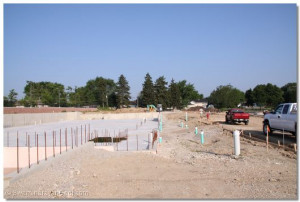 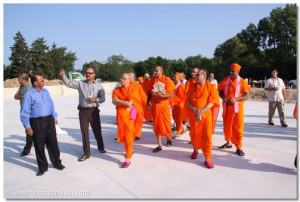 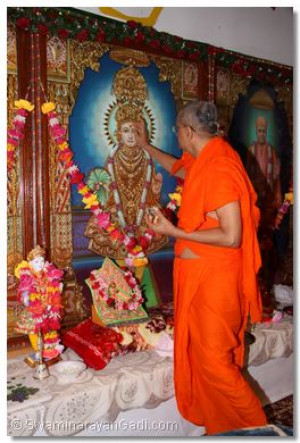 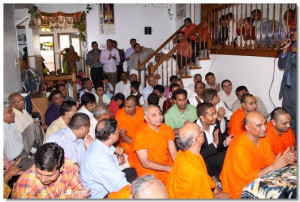 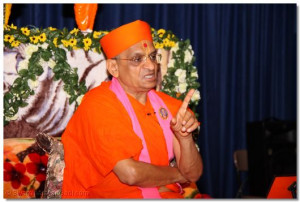 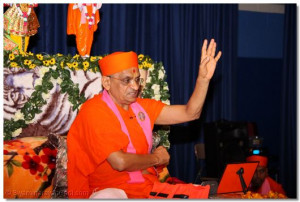