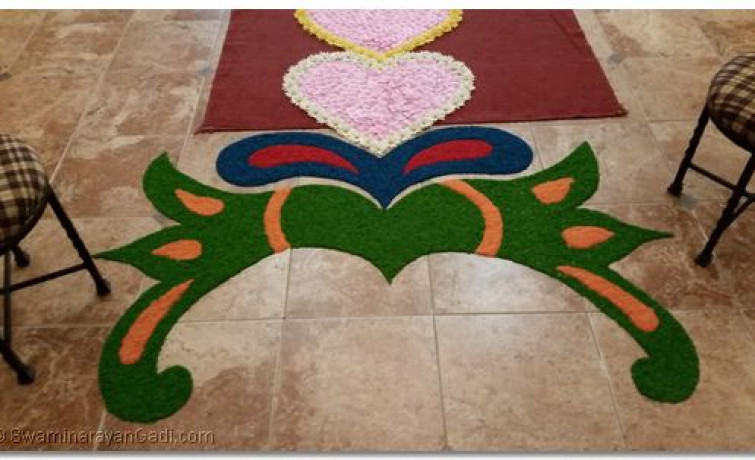 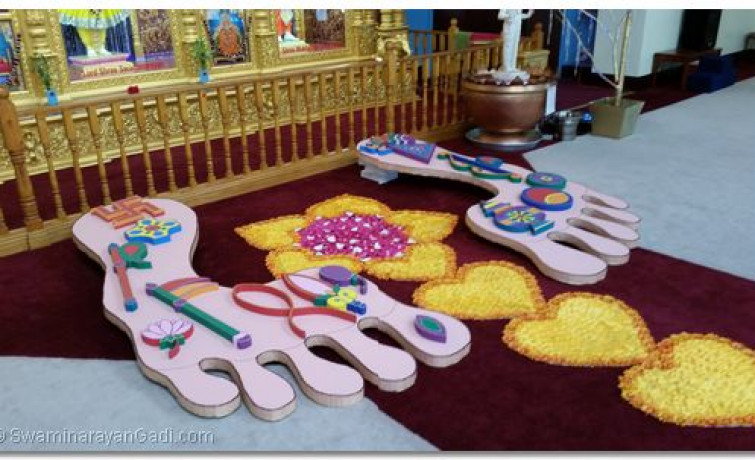 His Divine Holiness Acharya Swamishree accepted prayers from his beloved disciples in Chicago and arrived to Chicago from Indianapolis on the afternoon of Thursday, July 24th, 2014.

A grand procession, where his devotees were singing joyously, brought Acharya Swamishree into the Temple. This was followed by swagat ceremony welcoming Beloved Bapa and his Santos. Acharya Swamishree then performed Arati and Niyams before concluding the evening proceedings.

Friday evening began with Parayan Vanchan and thereafter its conclusion, followed by beloved Sadguru Din celebration. The evening commenced with young devotees performing a dance followed by devotional singing and birthday recital using various instruments. Thereafter, Acharya Swamishree gave his Divine darshan on a magnificent lotus Sinhasan to begin an ostentatious 72nd Birthday celebration, where he was honored by all his beloved santo’s and disciples with Ahbishek by Diamonds, Pearls and Gold petals together with the auspicious Abhishek of Shree Harikrishna Maharaj with Diamonds and Gold rose petals. Then young disciples took part in celebrating His Divine Holiness Acharya Swamishree’s 72nd manifestation day.

A grand Ankoot, prepared and arranged by talented saints, was placed at the lotus feet of Lord Swaminarayanbapa Swamibapa. Acharya Swamishree, sant mandal and all disciples performed the Ankoot aarti. Acharya Swamishree then blessed all devotees with his Divine Ashirwad.

On the next day, at around 12pm, Acharya Swamishree departed from Chicago to continue his national trip towards Michigan. 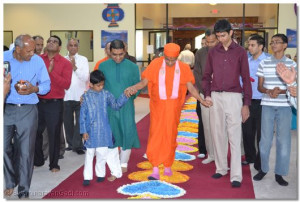 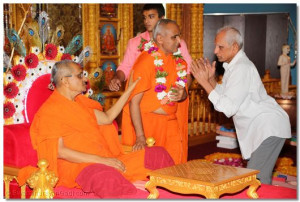 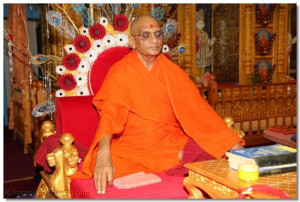 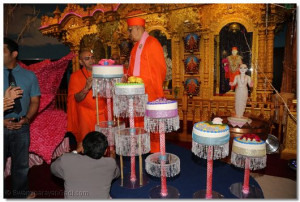 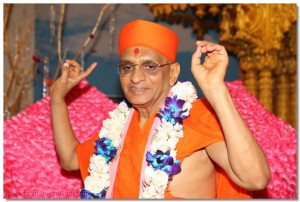 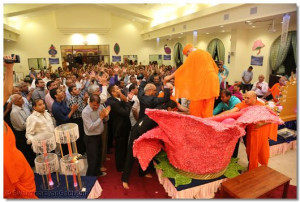