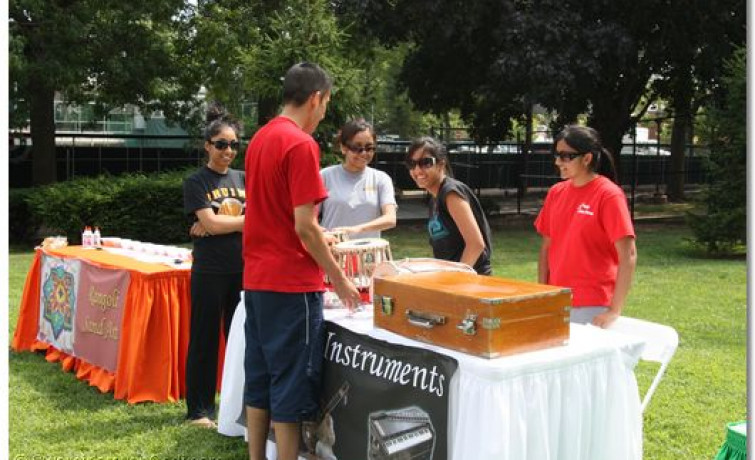 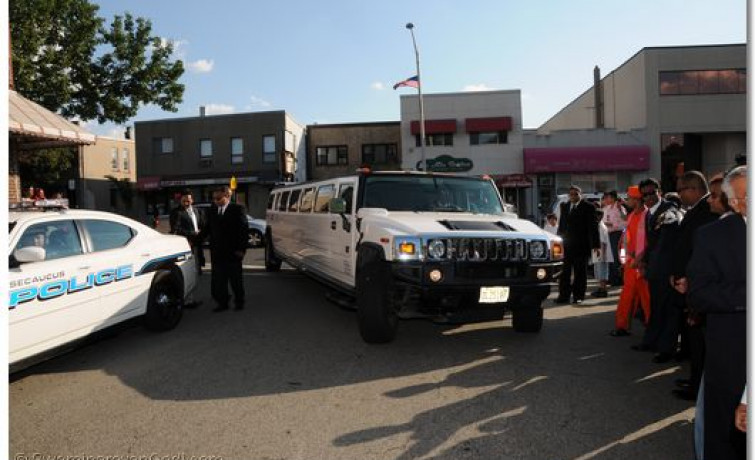 A three-day celebration from Friday, August 1st through Sunday, August 3rd, 2008, was held in the presence of His Divine Holiness Acharya Swamishree and thirteen eminent sants at Shree Swaminarayan Temple New Jersey for the temple’s seventh Patotsav (temple anniversary). To kick off the celebration, a magnificent festival – Inspiration India – was held on Friday, August 1st, 2008, at Buchmuller Park, located in central Secaucus just minutes away from the temple.

The event began in the late afternoon with a parade led by Swamibapa Pipe Band. The parade started at the corner of Paterson Plank Road and Wilson Avenue and ended at Buchmuller Park. Acharya Swamishree and Jeevanpran Swamibapa were seated on a handcrafted, ornately-decorated wooden chariot. Hundreds of disciples walked in the parade, and the sight dazzled hundreds of spectators from the Secaucus area.

Upon arriving at the park, Acharya Swamishree was greeted by young disciples, who showered Him with rose petals as He walked down the aisle to the center stage, which had been prepared by sants and disciples for the celebration. Sants, disciples, and honored guests then gave speeches to please Acharya Swamishree and Lord Swaminarayanbapa Swamibapa. The speeches were followed by cultural performances. Young disciples from the temple performed dances to various kirtans to please the Lord. The performances were enjoyed by all those who were present.

During the festival, there was also a display of various stalls featuring aspects of the Indian culture and Shree Swaminarayan Gadi at the back of the park. Stalls included traditional Indian clothing and outfits, Indian cuisine, henna tattoos (mehndi), rangoli (Indian sand art), Indian classical instruments, Indian dance, information on Shree Swaminarayan Gadi and its temples around the world, and information on Swamibapa Pipe Band. These stalls attracted many members of the congregation as well as the general public.

After the cultural performances and stall display, everyone present was given prasad. However, the celebration did not end after this. After having prasad, sants and disciples participated in samuh-raas. During the raas, Acharya Swamishree was seated on His gadi, and sants sang kirtans as more sants and disciples played musical instruments for accompaniment. The evening was a delightful one for all, as everyone happily participated and rejoiced.

Inspiration India was a huge success, and it was enjoyed by all the disciples and the hundreds of Secaucus community members who attended the event. It was a day to be remembered, and it was a wonderful start to the Patotsav celebration. 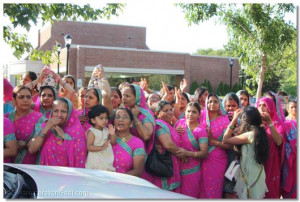 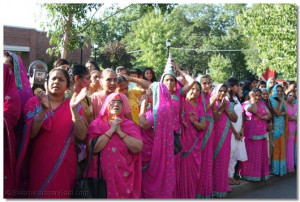 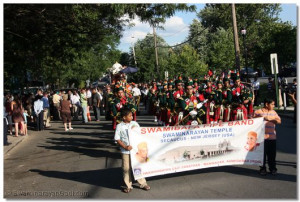 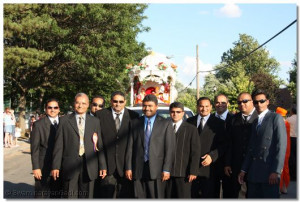 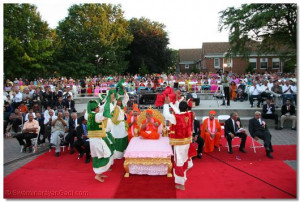