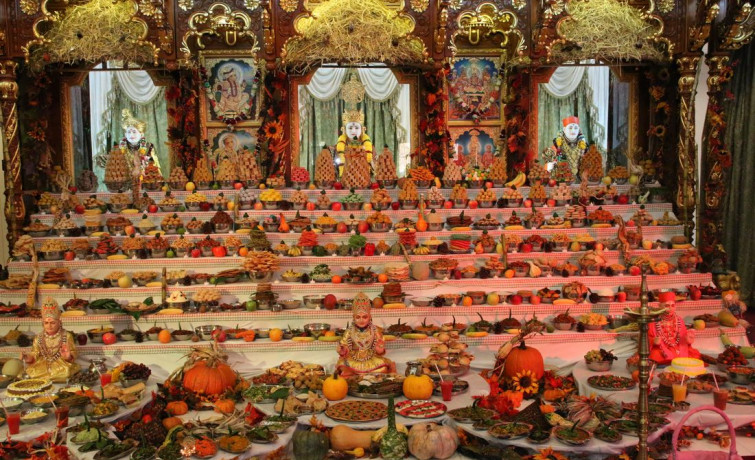 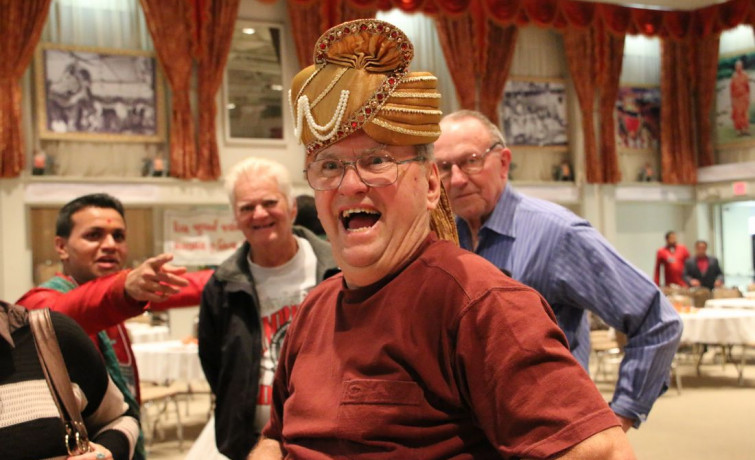 On Saturday, October 25, 2014, disciples at Shree Swaminarayan Temple New Jersey celebrated with grandeur the Diwali and Hindu New Year festival to ring in the year Samvat 2071. Diwali and the New Year symbolize the conquering of light over dark and of good over evil, as well as the rekindling of one’s relationship with family, friends, and the Lord.

Although the main celebrations took place on Saturday, October 25, the disciples began celebrations in the prior week, with Sharad Poonam raas on Friday, October 17, and a mini annkut on the actual New Year’s Day, Friday,  October 24.

On the 25th, the temple hosted its first ever Community Open House, in conjunction with traditional Diwali and Hindu New Year celebrations that take place in the temple annually, to allow members of the local community to experience the rich cultural traditions practiced during Diwali and the Hindu New Year and to learn more about our organization and the temple.

Hundreds of members of the local community, both Indian and non-Indian, joined to celebrate the New Year. The Open House was commenced by Secaucus Mayor Michael Gonnelli and the Town Council with a traditional candle-lighting ceremony. The Mayor and Council are frequent visitors to temple; although this time, they were able to experience our culture first-hand. Mayor Michael Gonnelli even played some cricket with Swamibapa Cricket Club.

Throughout the afternoon, community members were guided through temple facilities via tours and informative presentations. The first presentation featured information on Hinduism, the Swaminarayan religion, the history of Maninagar Shree Swaminarayan Gadi Sansthan, and the organization’s community outreach activities. The second presentation featured information on how the Hindu New Year is celebrated all throughout the world with unique cultural practices and traditions.

Community members and disciples alike had the chance to experience and take pictures of a grand annkut (mountain of food) that was offered to Lord Swaminarayanbapa Swamibapa in celebration of the New Year. Beautifully arranged with an autumn and harvest theme, the annkut featuring over three hundred and fifty homemade vegetarian dishes and delights. Community members and disciples then had the opportunity to join in on several aartis that were offered to Lord Swaminarayanbapa Swamibapa presiding amidst the various sweets and foods.

At approximately 3 PM, the Community Open House in Swamibapa Hall concluded, and the religious program in the temple prayer hall commenced. Disciples sang kirtans, gave speeches, and performed an ‘utsav’ celebration with various musical instruments to please Lord Swaminarayanbapa Swamibapa during the New Year.  A special presentation by environmental activist Mr. Girish Mehta about the beauty and importance of trees in our lives and ecosystems was also given.

The entire congregation then watched together the New Year blessings given by His Divine Holiness Acharya Shree Purushottampriyadasji Swamishree Maharaj to the sants and disciples of Maninagar Shree Swaminarayan Gadi Sansthan all throughout the world.

After receiving the blessings, the temple congregation gathered in Muktajeevan Swamibapa Community Hall and collectively took part in a lavish feast to celebrate the New Year. Everyone enjoyed mahaprasad and annkut prasad. This concluded a phenomenal day of Diwali and New Year celebrations with fellow disciples, family, friends, community members, and, most importantly, the Lord.

The many disciples of Maninagar Shree Swaminarayan Gadi Sansthan residing all throughout North America celebrated Diwali and the New Year with lavish annkut offerings for the Lord, devotional performances, raas, and even fireworks. Please visit the various image links to view images of celebrations from all of the mandals throughout the continent.

All of the Lord’s disciples residing in North America wish you and your loved ones a joyous and blessed New Year, filled with peace, prosperity, happiness, and love ahead. Jay Shree Swaminarayan. 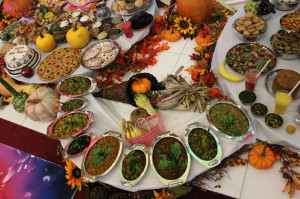 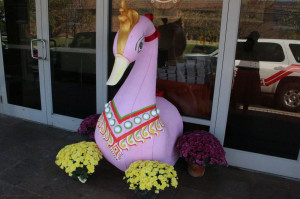 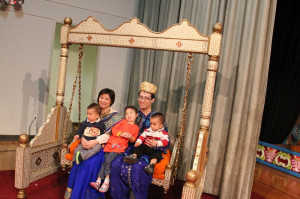 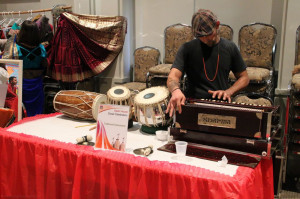 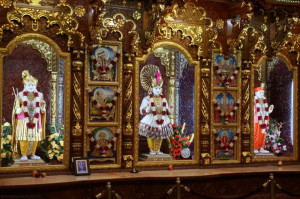 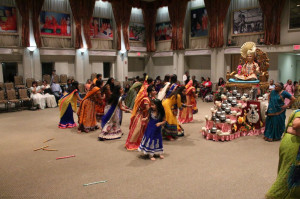