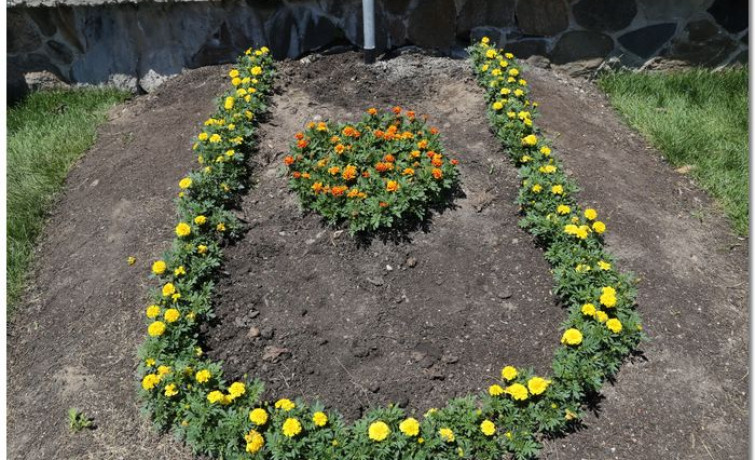 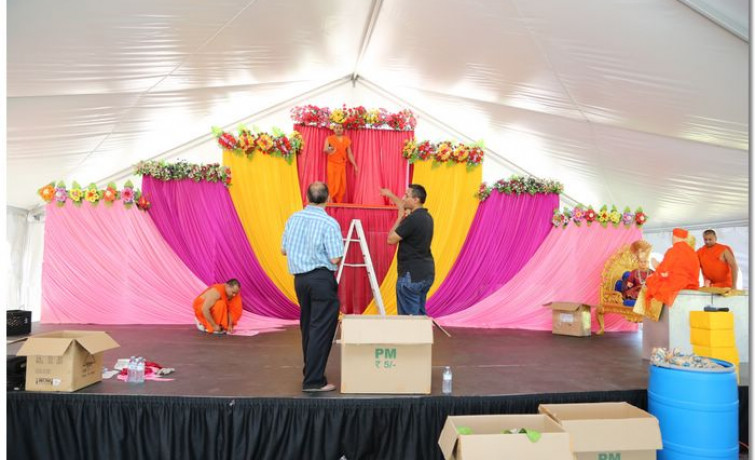 When our beloved Gurudev Jeevanpran Shree Muktajeevan Swamibapa toured North America in October of 1970, He made a visit to world-famous Niagara Falls and consecrated the waters of the falls and the river. Standing on the New York side of the falls, He gazed across to the Canada side and proclaimed that one day, Lord Shree Swaminarayanbapa Swamibapa would make the country of Canada His eternal home through temples of Maninagar Shree Swaminarayan Gadi Sansthan.

The Mahotsav commenced the afternoon of Friday, June 27th, 2014 with Sadguru Din celebrations inside the temple. Acharya Swamishree, sants, and disciples performed a half hour of dhyaan and listened to Jeevanpran Swamibapa’s divine ashirwad. Sandhya aarti niyams followed, and mahaprasad was served to all.

In the evening, everyone gathered in the tent, which was erected next to the temple for the celebrations. Sants and disciples celebrated Acharya Swamishree’s 72nd birthday. They adorned Him in hand-crafted garments and garland and also offered a cake and cupcakes to Him and the Lord. The congregation cheered around Acharya Swamishree to express their exuberance during this very special occasion and then performed aarti.

Shortly after the Pragatya Din celebrations, young disciples from the Canada mandal performed devotional dances to please Lord Shree Swaminarayanbapa Swamibapa and Acharya Swamishree. Samuh raas followed, and sants and disciples danced joyously around Acharya Swamishree throughout the rest of the evening, as He bestowed His divine darshan upon all. Happiness was evident in everyone’s eyes, and excitement was in the air. The evening concluded with a high-energy sanedo, during which not a single person was not on their feet.

The first day of celebrations concluded with a bang, and the three-day festival to celebrate the grand opening of yet another temple of Maninagar Shree Swaminarayan Gadi Sansthan was off to a fantastic start. 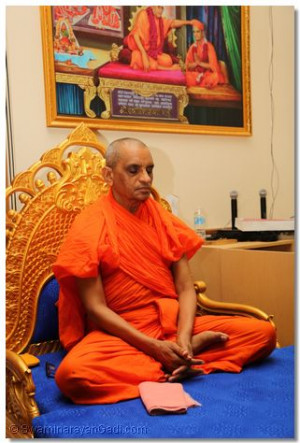 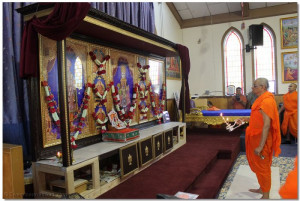 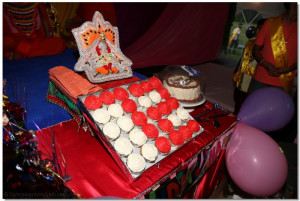 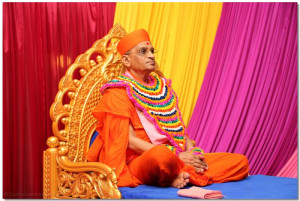 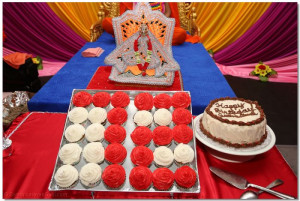 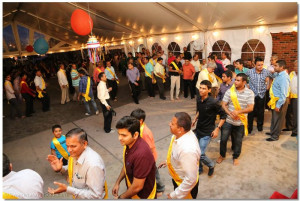