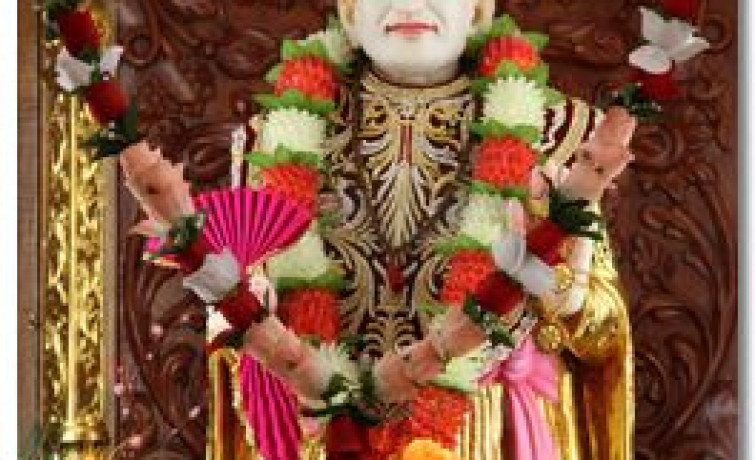 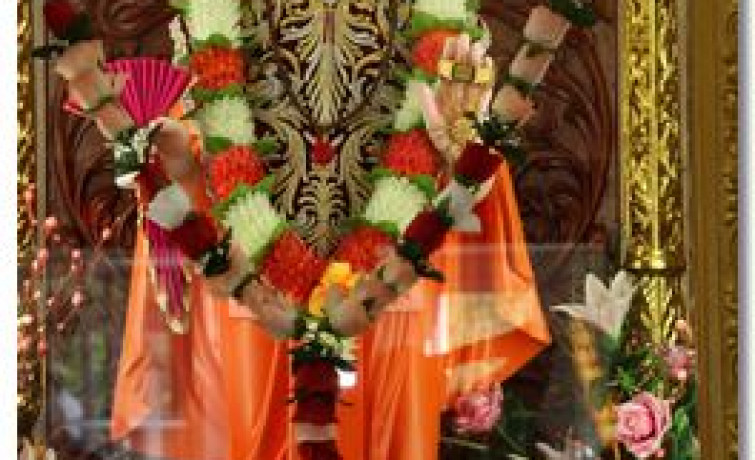 Gurupoornima is one of the three main annual festivals in the Swaminarayan Sampraday. On this day, His Divine Holiness Acharya Swamishree, sants, and disciples all gather to pay respect to our beloved Gurus, Lord Swaminarayanbapa Swamibapa and Jeevanpran Shree Muktajeevan Swamibapa.

This year, Gurupoornima fell on Friday, July 15th, 2011. A Gurupoornima celebration was held in honor of the auspicious occasion at Shree Swaminarayan Temple New Jersey on Sunday, July 18th, 2011 in the presence of a mandal of sants.

Sants performed kirtan-bhakti to start off the celebration. Afterwards, the entire congregation proceeded to the lobby area of Swamibapa Hall for the swagat procession. During the procession, which was led by Swamibapa Pipe Band, the sants carried Jeevanpran Shree Muktajeevan Swamibapa, who was seated on a golden palanquin, from the lobby area to the prayer hall. Dozens of disciples carrying chhaabs of offerings for the Lord trailed behind them. Upon entering the prayer hall, Shree Muktajeevan Swamibapa was seated on His gadi in front of the sinhasan, and one by one, sants and disciples made their offerings. Swamibapa Pipe Band also saluted Lord Swaminarayanbapa Swamibapa.

After the swagat procession, sants and disciples performed the Gurupoojan ceremony. Sants then cut a celebration cake and offered it to Lord Swaminarayanbapa Swamibapa and Shree Muktajeevan Swamibapa. Shree Jitendrapriyadasji Swami then read ashirwad sent from His Divine Holiness Acharya Swamishree to the entire congregation, and Shree Divyavibhushandasji Swami gave a speech about the importance of Gurupoornima and having a guru in one’s life. Sants and disciples then performed aarti to the Lord, which was followed by Sandhya aarti niyams. Maha-prasad was served to all who were present afterwards. 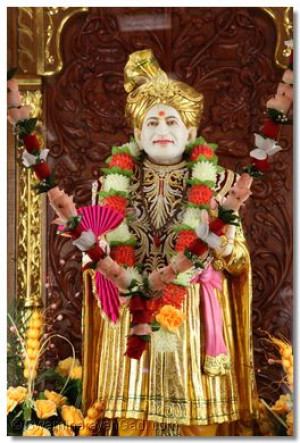 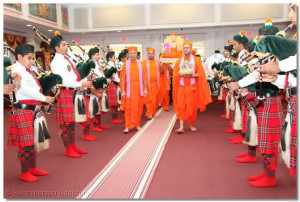 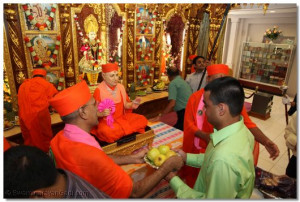 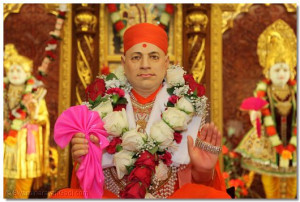 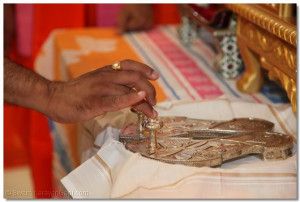 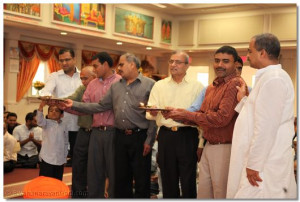