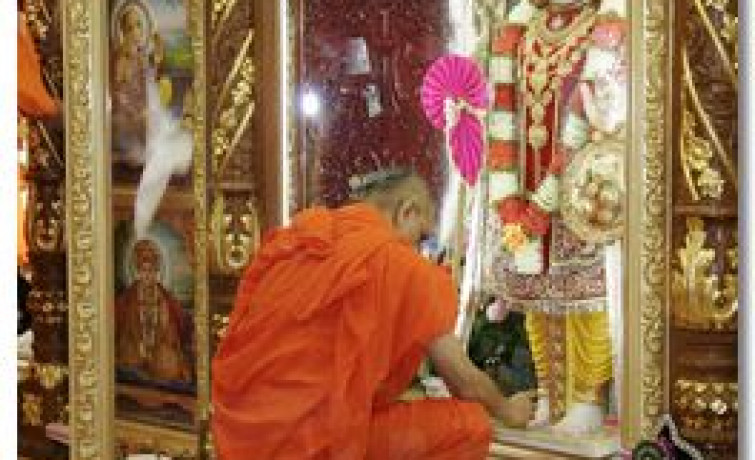 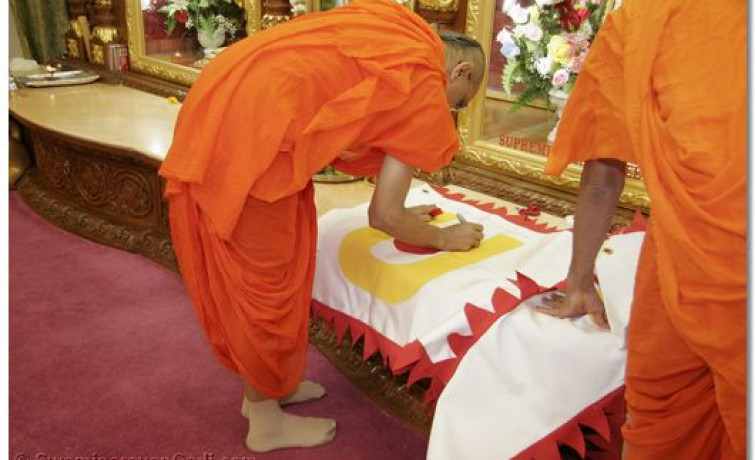 The sixth Patotsav Celebration of Shree Swaminarayan Temple New Jersey was held on Sunday, August 5th, 2007 in the presence of His Divine Holiness Acharya Swamishree and eminent sants.

On the temple’s sixth anniversary, Acharya Swamishree explained the importance of building temples and the benefits one can gain from attending them.

Temples are built by the grace of Lord Shree Swaminarayan to preserve the supreme upasana. Without upasana, even the great sages who achieve high statuses of knowledge and tap do not reach Akshardham. An individual finds peace in his heart and soul when he goes to temples. By attending temples on a daily basis, the relationship between God and one’s soul grows. Hence, God enters the house of the soul: man-dir (soul)-(house).

An individual should be patient, honest, ego-free, and nirdambhi (fraud-free). In order to achieve and keep the five vartmaans (religious code), a disciple should have association with the saints from Akshardham. In the same way we keep fruits and milk in the fridge for freshness, saints act as the fridge for the soul. Shree Muktajeevan Swamibapa says, “God is always present amongst us, and there is no difference between the idols of Akshardham, Manushya, and Pratima.”

Associations with the Mahapurush and saints should be from within; they should not be just an act. For example, one can not hold fasts in public to achieve an image and eat behind closed doors. God stays away from dambhis (frauds). If one wishes to achieve eternal salvation, one must steer away from fraudulent acts. Even a snake that crawls sideways goes through its hole straight. On this anniversary, we should all pray to Lord Shree Swaminarayan that “We will live our lives according to the religious decree and by no other means. Our sins are as many as the stars in the sky. Please forgive us, assuming we are as innocent as a baby, and keep us with you always.”

After Acharya Swamishree’s ashirwad, maha-prasad was served to all of the disciples. 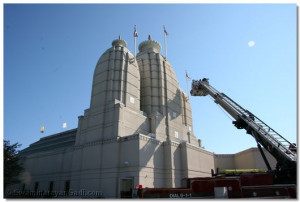 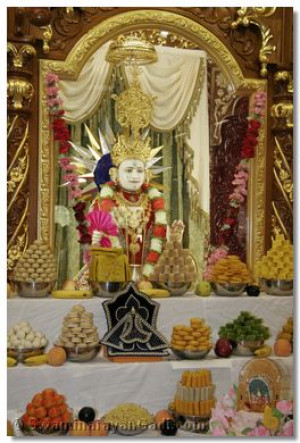 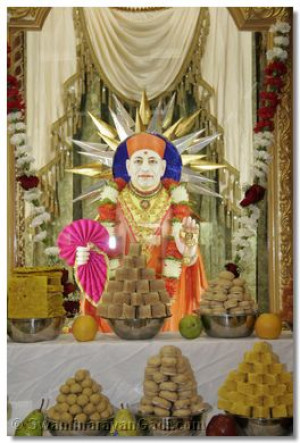 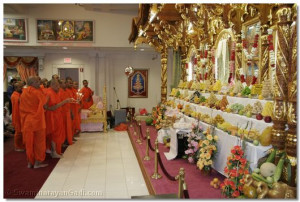 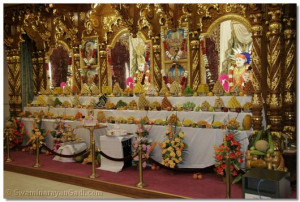 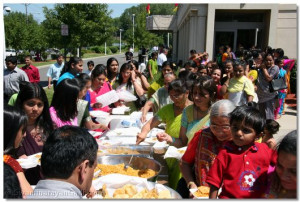