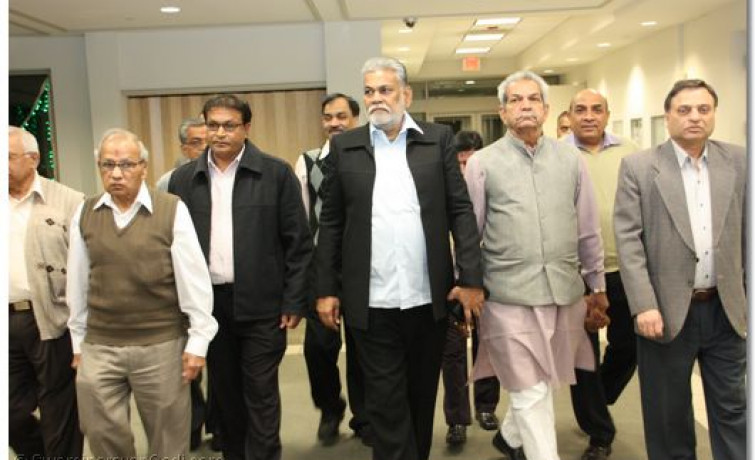 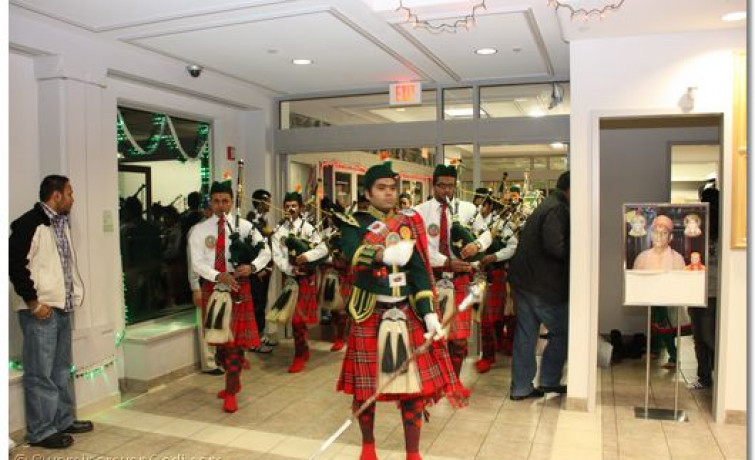 On Saturday, December 17th, 2011, Shree Swaminarayan Temple New Jersey welcomed two very special guests of honor – Mr. Parshottam Rupala, current general secretary and spokesperson of the Bhartiya Janta Party for the state of Gujarat, and Mr. Jayantibhai Barot, another member of the Indian Parliament from the Bharatiya Janta Party. Many disciples had gathered for this wonderful occasion, and reporters from TV Asia were also present to witness and capture the event. This was the first time in the temple’s history that Indian Parliament members had visited the temple.

Upon their arrival to the temple, Mr. Rupala and Mr. Barot were saluted and led into the temple by Swamibapa Pipe Band. The guests performed darshan to Lord Swaminarayanbapa Swamibapa and were then officially introduced and welcomed on the temple’s behalf by the temple’s president. They were then presented with prasad saals and flowers by the temple’s executive committee officers.

The temple congregation and guests then listened to Jeevanpran Shree Muktajeevan Swamibapa’s divine ashirwad. Afterwards, Mr. Rupala and Mr. Barot both gave speeches about the accomplishments of Shree Swaminarayan Gadi Sansthan, Jeevanpran Shree Muktajeevan Swamibapa, and His Divine Holiness Acharya Swamishree and their contributions to the welfare of the state of Gujarat and even all over the world. The state of Gujarati has worked with many religious organizations, Shree Swaminarayan Gadi Sansthani being one of them, to help the local communities in Gujarat. The Sansthan has built schools to promote education, has aided in natural disaster relief efforts, and has constantly provided assistance to the needy. Mr. Rupala and Mr. Barot were very pleased to be at the temple and to have encountered such a grand personality and spiritual leader as Acharya Swamishree in India.

A disciple then spoke about Mr. Rupala, Mr. Barot, and Chief Minister Narendra Modi’s administration’s many outstanding accomplishments that have greatly benefited the state of Gujarat and, moreover, the country of India. Both men are very actively involved in Gujarat and in the Bharatiya Janta Party and have helped carry out countless deeds for the welfare of the nation.
Both honorary guests and the entire temple congregation were served prasad. 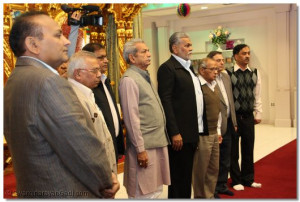 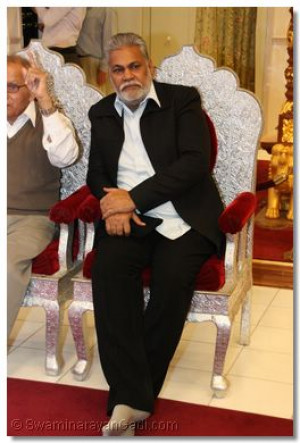 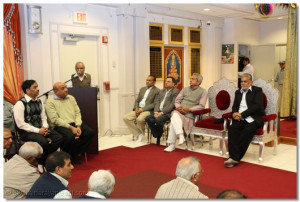 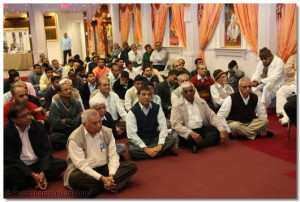 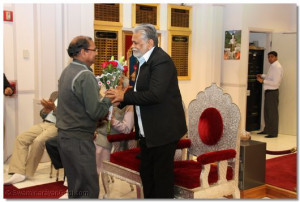 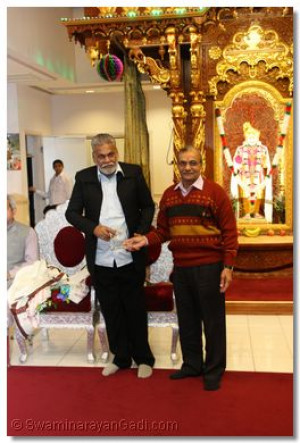