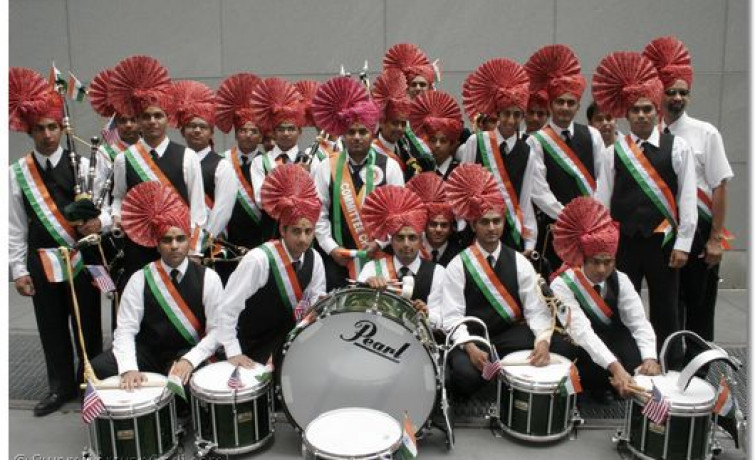 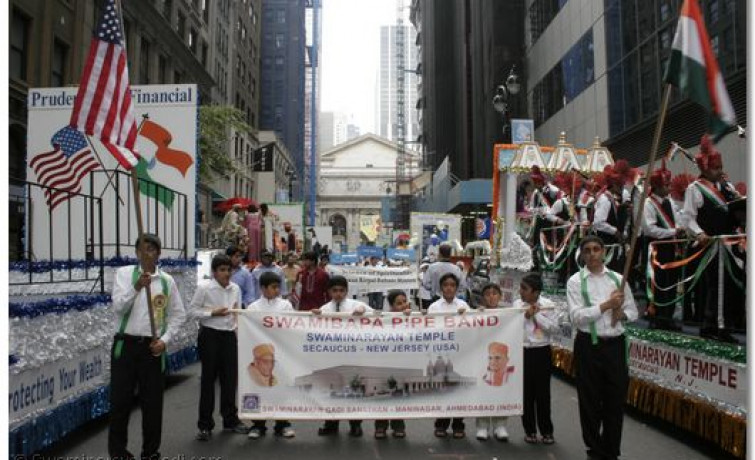 Sunday August 20th, 2006 was the 26th annual Indian Independence Day Parade in New York City, and Swamibapa Pipe Band was invited to play in it. Young disciples of Shree Swaminarayan Temple, New Jersey had prepared a beautifully decorated float to represent the pipe band and the temple. The divine murtis of Lord Shree Swaminarayan, Jeevanpran Bapashree, and Jeevanpran Swamibapa were seated on this wonderful float.

New York City was streaming with white, orange, and green; as thousands of patriotic Indians from all over the country had gathered for the event. Dozens of floats proceeded through the streets of the grand city, representing their organizations. Bollywood stars even attended this special occasion. The procession took place on Madison Avenue in the heart of New York City, Manhattan. It commenced on 41st Street and ended on 23rd Street.

The many disciples who had gathered to support the pipe band and the temple were extremely pleased to see the divine murtis of Lord Shree Swaminarayan, Jeevanpran Bapashree, and Jeevanpran Swamibapa making their way through the world’s greatest city, New York City. It was truly an honor.

All of the spectators and honored guests were very impressed by Swamibapa Pipe Band’s performance. This was the first time in the event’s history that an Indian-Scottish pipe band played in the parade. They were also pleased with the float and divine murtis. The Indian Independence Day Parade was an exciting event. It was a great success for Swamibapa Pipe Band and Shree Swaminarayan Temple, New Jersey. 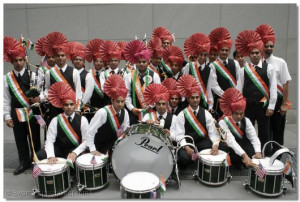 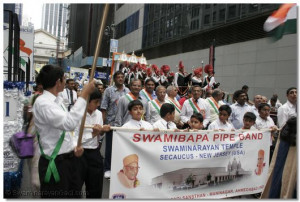 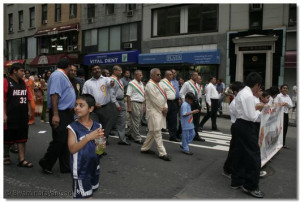 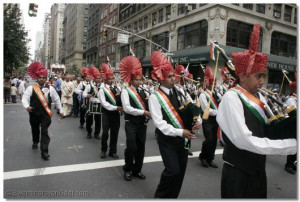 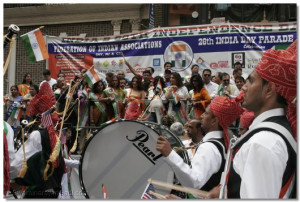 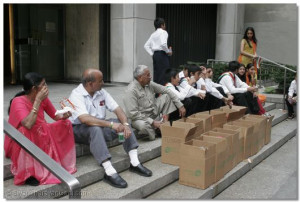