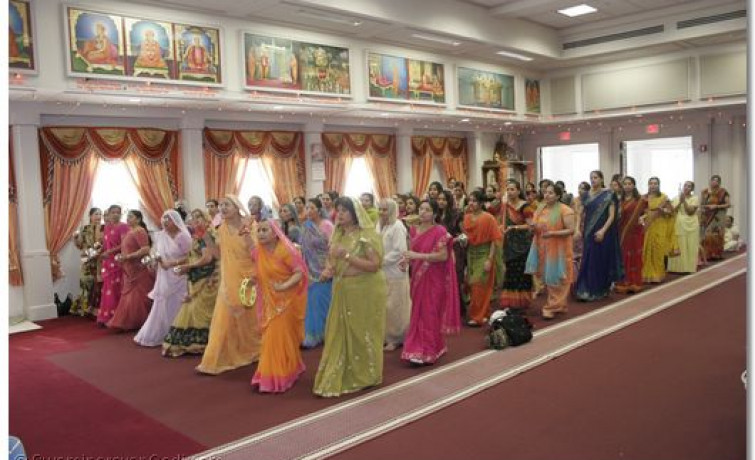 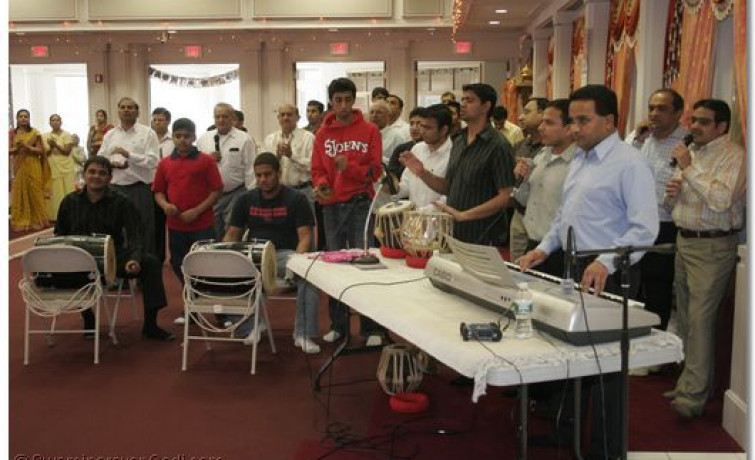 Purna Purushottam Lord Shree Swaminarayan manifested on the earth to:

Friday, April 3rd, 2009 was the 228th anniversary of the auspicious day of the Lord’s manifestation. The disciples of Shree Swaminarayan Temple New Jersey held a Swaminarayan Jayanti Celebration on Sunday, April 5th, 2009. Throughout the entire celebration, the Lord was seated on a golden swing, and He continuously bestowed His divine darshan upon the congregation.

The celebration commenced with a nonstop two-hour dhoon. Disciples then performed kirtan-bhakti and gave several speeches about the glory of the Lord. A representative from the Rotary Club of Secaucus also gave a speech at the celebration, reaching out to the Hindu community. A celebration cake prepared by disciples of the temple was then cut to be offered to the Lord. Finally, disciples performed aarti, and prasad was given to everyone present. 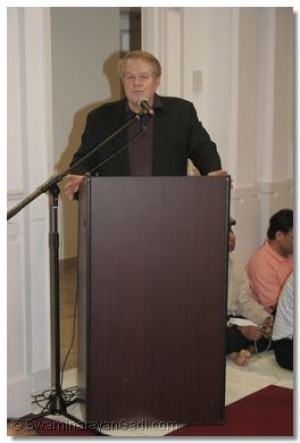 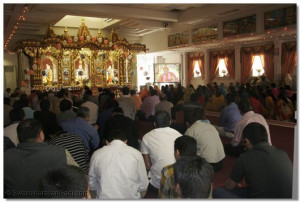 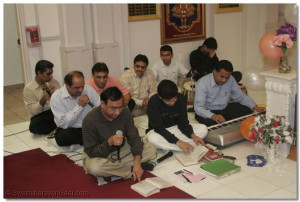 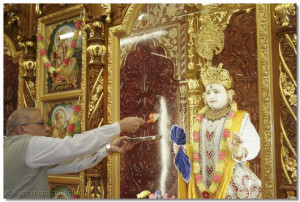 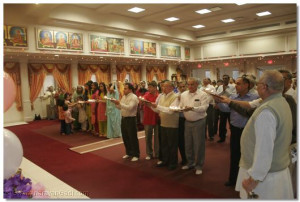 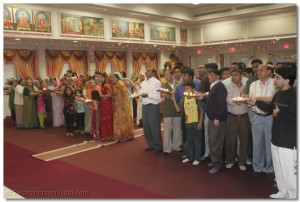