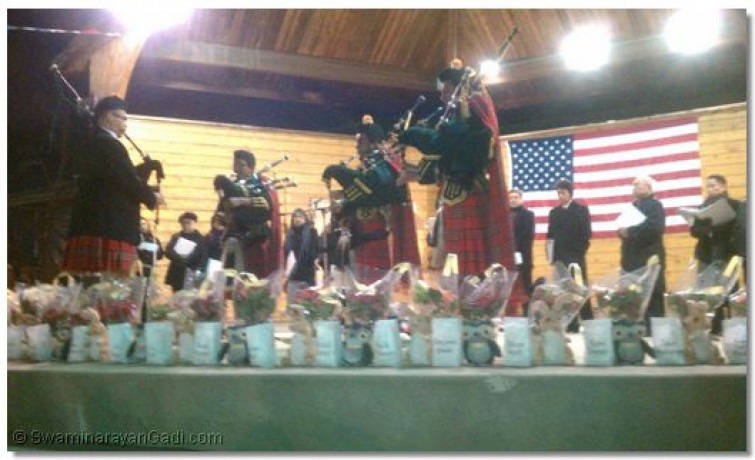 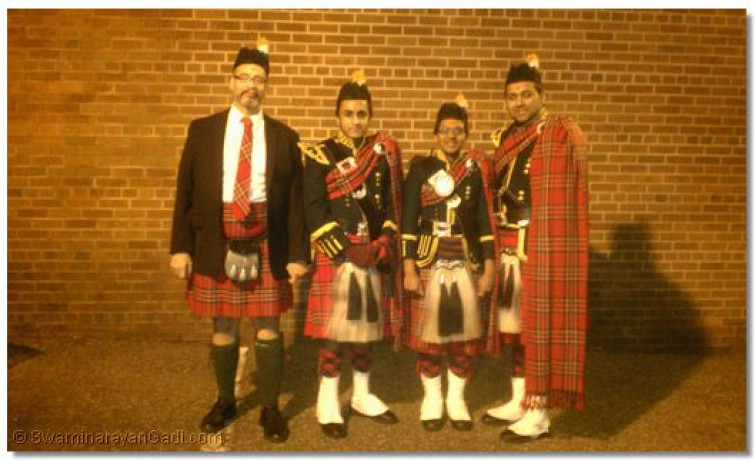 On Friday, December 14, 2012, twenty school children and six adults lost their lives at Sandy Hook Elementary School in Newtown, Connecticut, during an unfortunate shooting. Since that tragic day, news of the incident has touched the entire world, and many communities have organized memorial services to honor those who lost their lives.

On Friday, December 28, 2012, members of Swamibapa Pipe Band performed in Buchmuller Park at a memorial service for the Newton, Connecticut shooting victims. Hundreds of community members and leaders, along with numerous disciples, gathered in the evening. Candles were distributed to all the attendees for the memorial. Numerous disciples from the temple attended the memorial service to honor those who lost their lives.

Swamibapa Pipe Band performed on behalf of the entire Maninagar Shree Swaminarayan Gadi Sansthan. The members of the pipe band performed “Shreeji Cho Krupalu” as a prathna (prayer) song as well as the traditional “Amazing Grace” to remember the victims of the shooting.

Disciples from Connecticut also arranged a meeting with Connecticut Governor Dannel P. Malloy to express condolences on behalf of the entire Sansthan and also to specially deliver a letter from Acharya Swamishree expressing His condolences to the entire Connecticut community and His prayers to the almighty Lord.

Let us all pray to Lord Swaminarayanbapa Swamibapa for the souls of the twenty-six victims to achieve eternal peace and salvation. Let us also pray for the family and friends of the victims to be granted with the strength and equanimity to overcome this tragic event. May the supreme almighty Lord Shree Swaminarayan protect us from the evil in this world, and may those affected be able to recover from this tragic event. 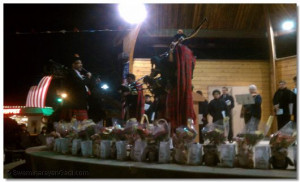 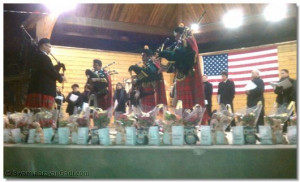 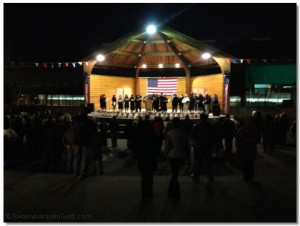 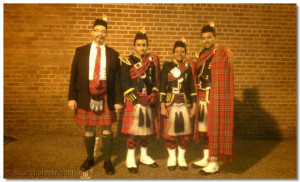