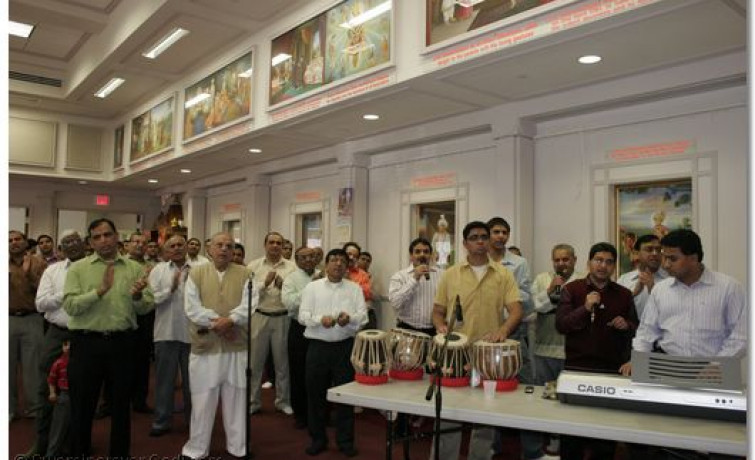 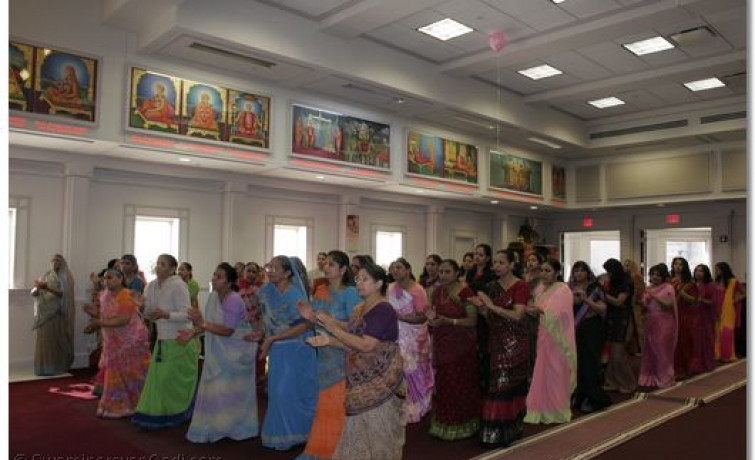 Purna Purushottam Lord Shree Swaminarayan manifested on the earth to:

Tuesday March 27th, 2007 was the 226th anniversary of the auspicious day of the Lord’s manifestation. The disciples of Shree Swaminarayan Temple New Jersey held a Swaminarayan Jayanti Celebration on Sunday March 25th, 2007. Throughout the entire celebration, the Lord was seated on a golden swing, and He continuously bestowed His divine darshan upon the congregation.

The celebration commenced with a nonstop two-hour dhoon. Disciples then performed kirtan-bhakti and gave several speeches about the glory of the Lord. Celebration cakes prepared by disciples of the temple were then cut to be offered to the Lord. Finally, disciples performed aarti, and prasad was given to everyone present.

The young girls of the temple held a fundraiser throughout the entire celebration for the upcoming Shree Muktajeevan Swamibapa Shatabdi Mahotsav. All the girls came to the temple Saturday night and stayed very late to help make homemade chocolates and lollipops to be sold the following day. All revenue from the fundraiser will go towards the Shatabdi Mahotsav. 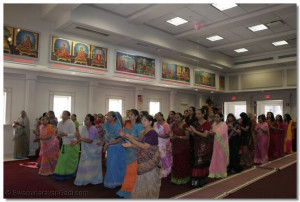 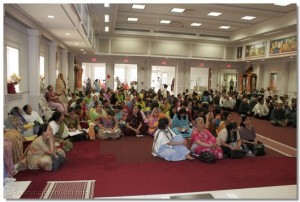 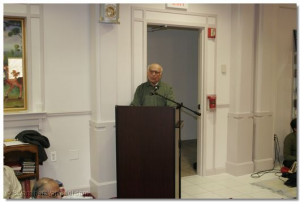 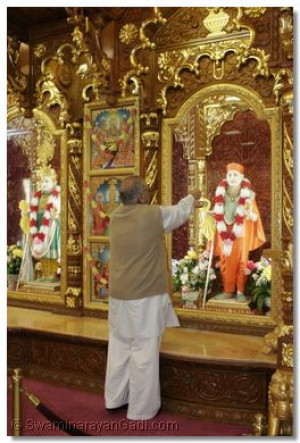 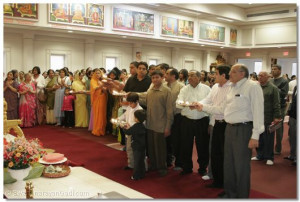 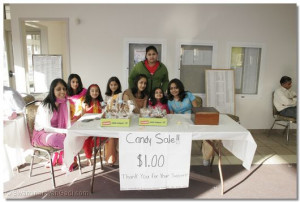