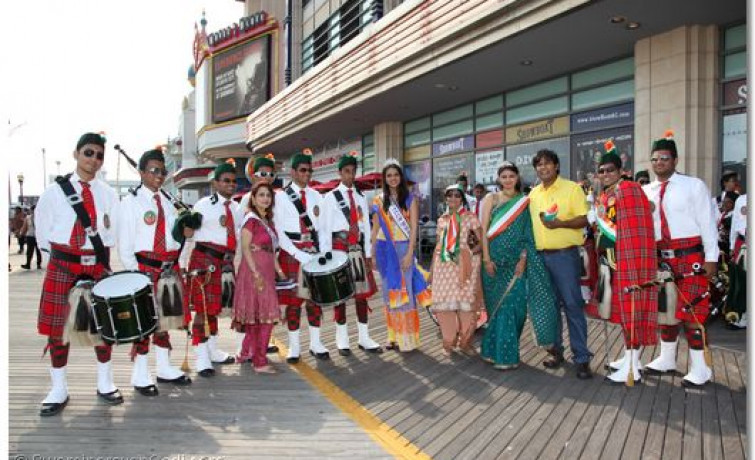 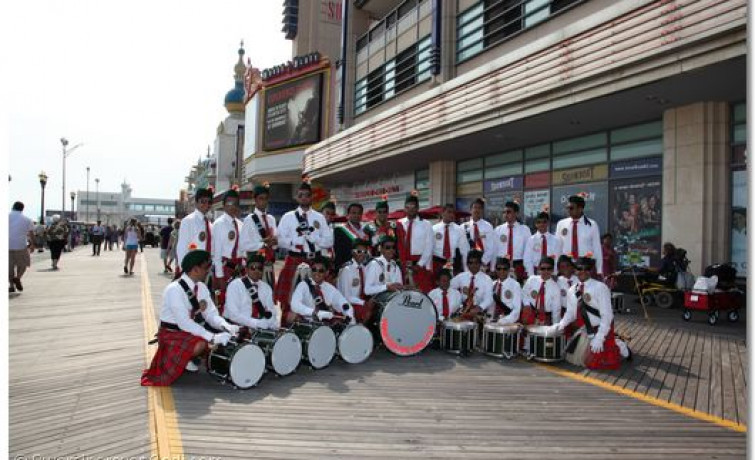 Atlantic City, New Jersey is a popular vacation destination on the eastern coast of the United States for its many casinos, shopping outlets, beaches, and boardwalk scene. However, on Saturday, August 13th, 2011, the boardwalk was teeming with orange, white and green. The first annual India Day Parade, hosted by the Indo-US Council, celebrating India's independence in Atlantic City was held on this day, and none other than Swamibapa Pipe Band and disciples of Shree Swaminarayan Temple New Jersey were given the great honor of leading it.

The parade made its way down the boardwalk from the Trump Taj Mahal on one end to the Trump Plaza at the other. Swamibapa Pipe Band played various Indian patriotic songs, kirtans, Scottish tunes, and American tunes. Behind them, the divine murtis of Lord Swaminarayanbapa Swamibapa were seated on a grand chariot, and they made their way through the parade, bestowing their divine darshan upon all the onlookers. The spectators and vacationers were wowed by the band's performance and the beautiful murtis. Many onlookers took out their cameras, camcorders, and phones to snap photos and videos of the band and chariot. People were dancing along on the sides and some even right next to the drummers. They had never seen such a sight on the boardwalk. It was truly a unique experience.

During the day, it was extremely hot on the boardwalk, and many band members feared it would be difficult to get through the parade. By the mercy of Lord Shree Swaminarayan, a cool breeze started to flow as soon as the parade started, and a few cooling drops of rain fell at the very end of the parade. The band members were able to perform to please the Lord with ease. Overall, the event was a success for both the band and temple. 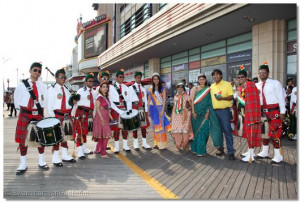 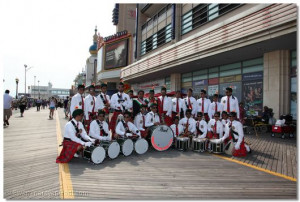 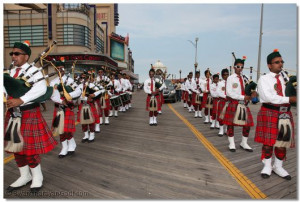 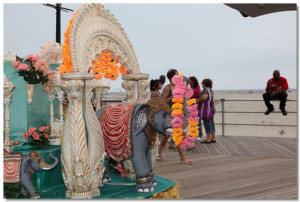 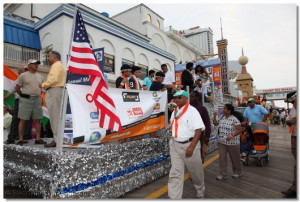 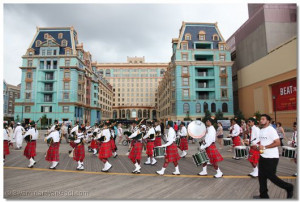