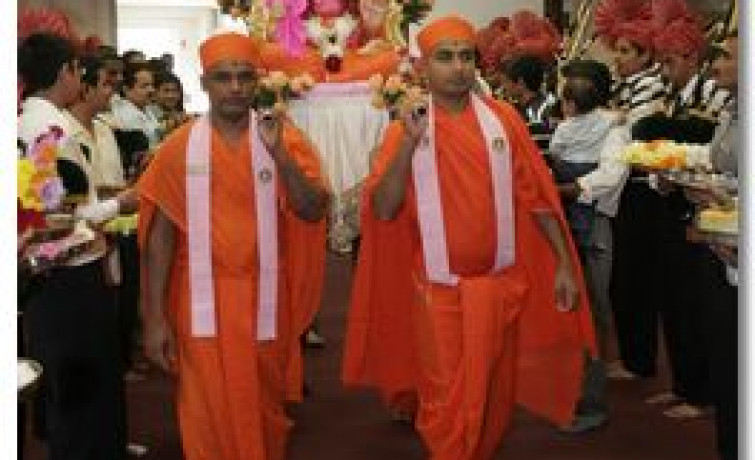 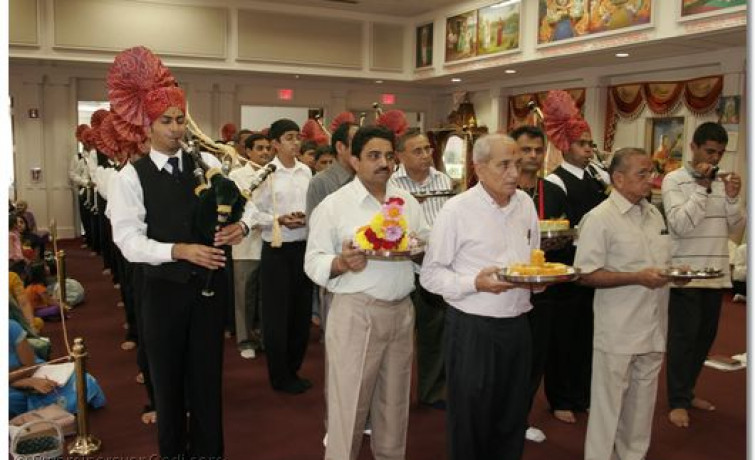 Ninety-nine years ago on Bhadarva Vad Amas, Jeevanpran Shree Muktajeevan Swamibapa manifested on this earth. This day happened to fall on September 22nd, 2006 this year. Therefore it marked Jeevanpran Swamibapa’s 99th manifestation day. This auspicious occasion was celebrated at Shree Swaminarayan Temple New Jersey on September 24th. The celebrations were held in the presence of a mandal of seven eminent sants who have been touring and residing in the United States for three months.

In October 2007, next year, Jeevanpran Swamibapa’s 100th manifestation day will occur. In honor of this extremely auspicious occasion, the Shree Muktajeevan Swamibapa Shatabdi Mahotsav will be celebrated. This grand historical festival is expected to attract thousands of disciples from all over the world. 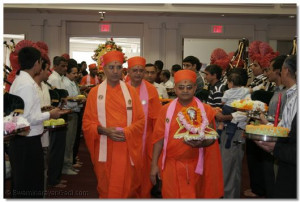 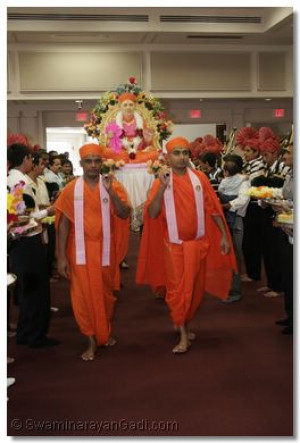 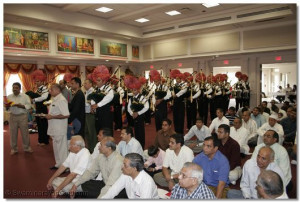 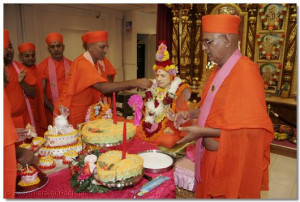 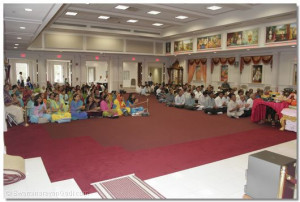 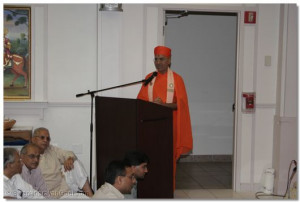