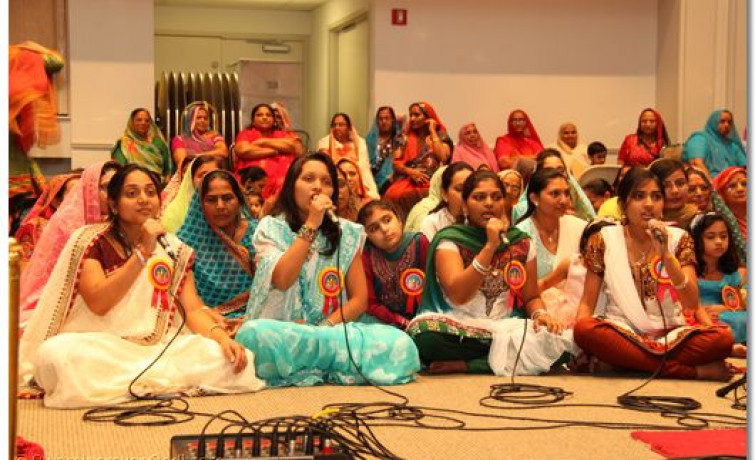 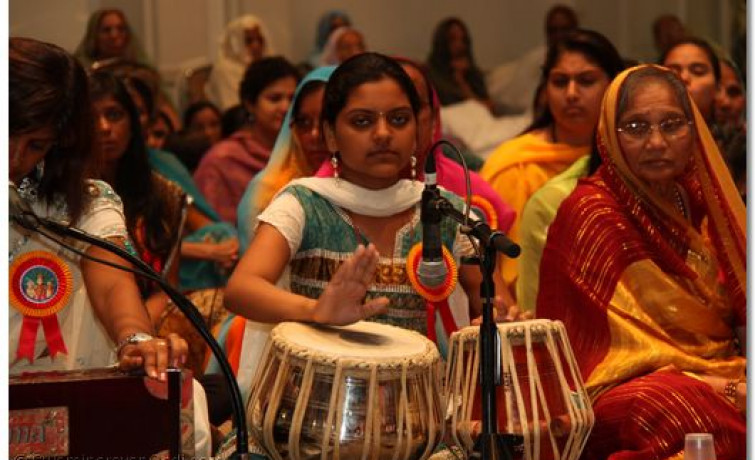 It seemed like only yesterday the Murti Pratishtha Mahotsav of Shree Swaminarayan Temple New Jersey had taken place and His Divine Holiness Acharya Swamishree had installed the divine idols of Lord Swaminarayanbapa Swamibapa in the temple's sinhasan after the historic Suvarna Tula ceremony. A decade of devotion, service, and unity has passed; the Lord has been giving His divine darshan and granting salvation for ten years in Secaucus-dham just as He does in Akshardham. The long-awaited Dashabdi Mahotsav celebrations for Shree Swaminarayan Temple New Jersey commenced the afternoon of Thursday, August 4th, 2011.

After the day's scripture recitals concluded, the entire congregation proceeded to the main entrance of the temple. Dozens of young disciples were dressed to dance and perform with flags displaying the Dashabdi Mahotsav logo and scarves in hand. Acharya Swamishree was seated on a beautifully-decorated chariot, and a procession was led by the young disciples from the main entrance of the temple to the smaller temple parking lot. The disciples danced to joyous and exciting music as Acharya Swamishree bestowed His divine darshan to all His disciples from the chariot.

Upon arrivial at the temple parking lot,  the disciples performed a welcome dance to the kirtans "Avya Avya Shreejibapa" and "Aviya Aviya," a newly-composed kirtan by members of the youth mandal in honor of the occasion. The upbeat and energizing performance was the perfect way to start off the Dashabdi Mahotsav with excitement. Acharya Swamishree was very pleased to see so many of His young disciples happily performing together for the occasion.

After the performance, Acharya Swamishree performed Sandhya aarti niyams, and everyone was served maha-prasad.

The night's event was a bhakti sangeet program. Young disciples, both boys and girls, performed kirtan-bhakti with the accompaniment of live music played by other disciples. It was an enjoyable evening for everyone. Some disciples were so happy that they got up and danced along during some of the performances. Kirtan-bhakti is very dear to the Lord and Shree Muktajeevan Swamibapa, for when a disciple performs kirtan-bhakti, one does not merely recite praises of the Lord, but he or she also performs these praises with sweet, melodious singing and the playing of instruments, making the praises all the more enjoyable. When a disciple lovingly sings a kirtan to the Lord, the Lord joins in and gives encouragement to His child so that his or her devotion is strengthened. Through kirtan bhakti, a disciple may achieve great bliss.

After the disciples' performances, Sant Shiromani Shree Uttamsharandasji Swami accepted disciples' humble requests and performed a few kirtans as well. During His performance of "Ame Swamibapa Na Poira,"  one by one, disciples filled the stage to dance along. The entire congregation was thrilled. With this performance, the first day of Shree Swaminarayan Temple New Jersey's Dashabdi Mahotsav concluded. 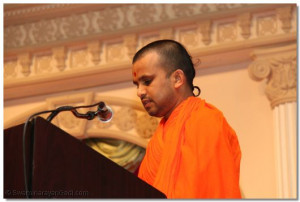 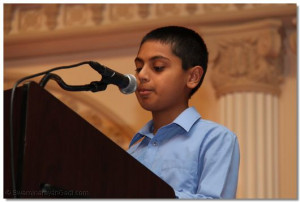 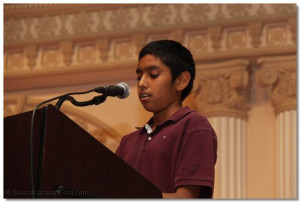 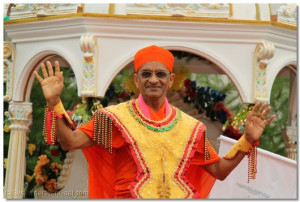 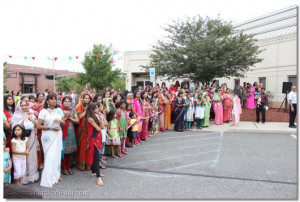 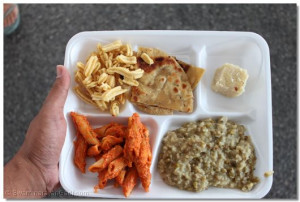