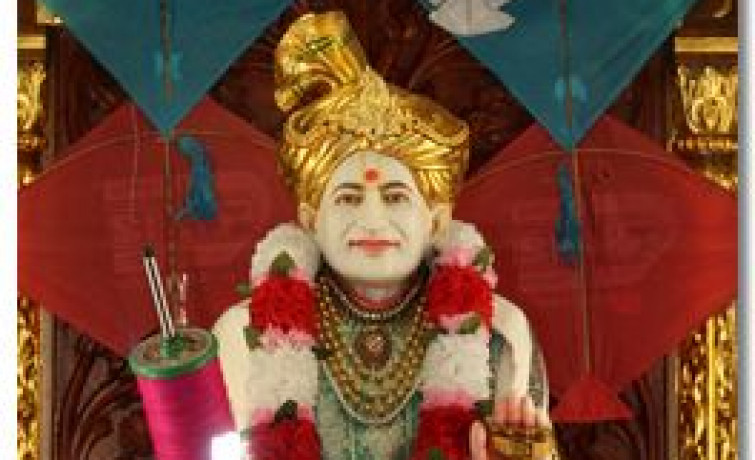 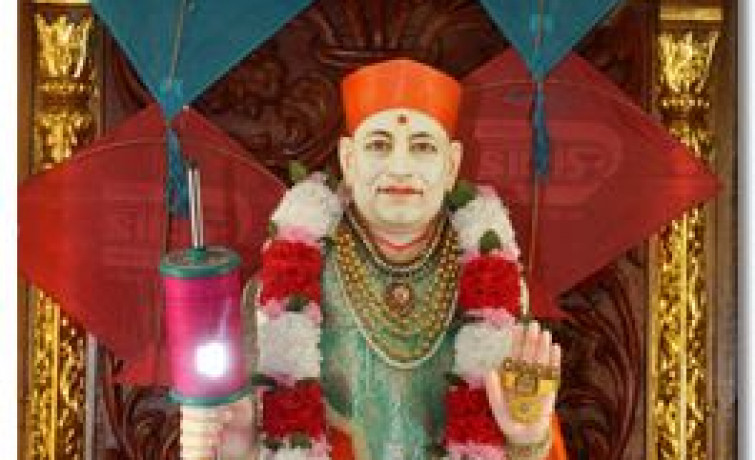 The month of Dharnurmaas is also called Shoonyamaas (“shoonya” meaning “nothing”) because during this month it is considered inauspicious to arrange marriages or other such functions. Only  religious functions and devotional activities should be arranged during this month, as rewards for such activities are far greater during Dharnurmaas than during other times. During this month, the sun transits through Dhanur Rashi, so the month is also called Dhanursaas. The month ends when the sun enters Makar Rashi on Makar Sakranti (Uttarayan) day. The sun is at its most southern point during this period, and south is regarded as the path of Yamdut (King of Hell). During this period of dark days, it is considered beneficial to make donations, serve food to the Brahmins, and fellow disciples.

Uttarayan marks the end of Dhanurmaas. The days start to become longer, the skies clearer, and the breeze cooler. A feeling of anticipation, joy, and jubilation grips all who celebrate the occasion of thanksgiving and merry-making. In Gujarat, Uttarayan is a holiday when every family can be met outdoors. People of all ages fly kites from dawn to dusk. Crowded rooftops, fun-loving rivalry to outdo each other in kite flying skills, and delicious traditional Gujarati feast are the hallmarks of the day. Although Uttarayan is predominantly a Hindu festival, history has it that India developed a rich tradition of kite flying due to the patronage of the Kings and Nawabs who found the sport both entertaining and a way of displaying their prowess.

Lord Shree Swaminarayan attended school during Dhanurmaas. This year, Dhanurmaas commenced on December 16th, 2009 and concluded on January 14th, 2010. Each morning at Mangla Aarti during the period of Dhanurmaas, disciples of Shree Swaminarayan Temple New Jersey prepared plentiful thaars with a variety of delicacies to offer to the Lord before He went to school.

On the last day of Dhanurmaas, the Uttraayan Festival, over 150 disciples gathered at the temple for Mangla Aarti, and they offered an array of over 150 items to the Lord. Disciples had also prepared graduation cakes to celebrate the Lord’s completion of studies. To celebrate the Kite Festival, disciples had decorated the temple with kites, and the divine murtis were holding kites. After the Mangla Aarti niyams, the offerings to the Lord were served as prasad to all. 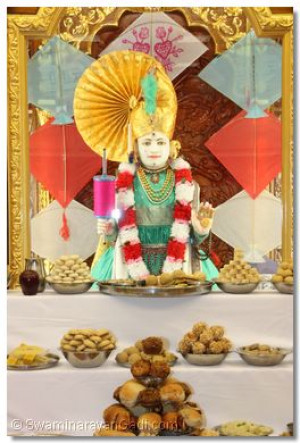 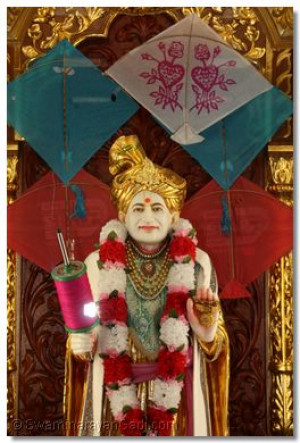 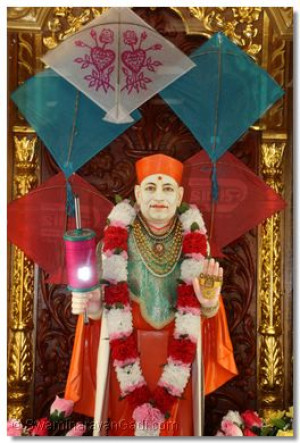 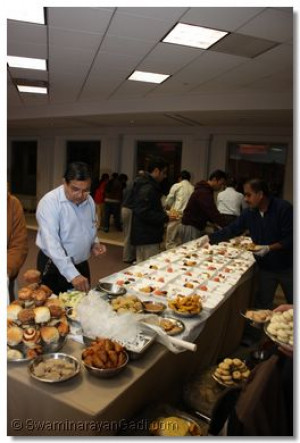 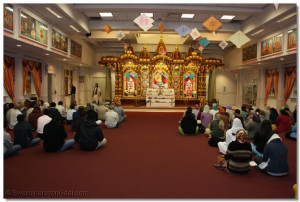 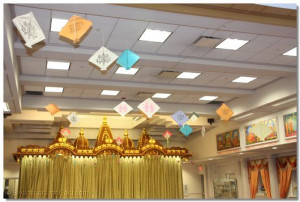