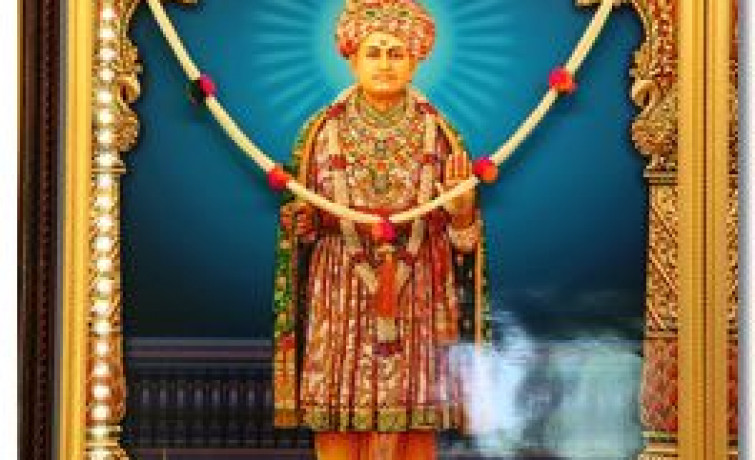 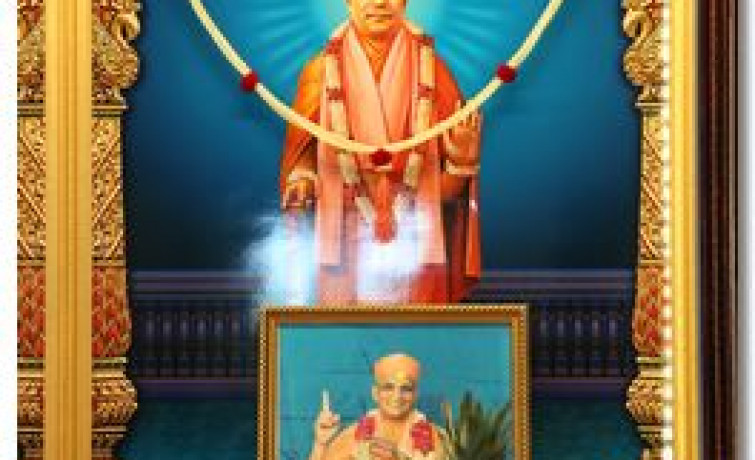 Since 2004, under the guidance and blessings of Lord Shree Swaminarayanbapa Swamibapa and His Divine Holiness Acharya Swamishree, the disciples residing in the states of Delaware, Pennsylvania, Maryland, and southern New Jersey - the Mid-Atalantic region of the United States, have held gatherings at the homes of various disciples across the region for Ekadashi, Diwali, Janmashtmi, and other important religious holidays. They went to each other’s homes to sing kirtans together in praise of the Lord, to recite religious scriptures to please the Lord, to perform utsavs and aartis, and to offer thaal to the Lord. For grander celebrations such as Diwali and sabhas in the presence of Acharya Swamishree, gatherings were held in large community halls where hundreds of disciples and local community members attended to celebrate these auspicious occasions.

In 2011, Acharya Swamishree established Shree Swaminarayan Siddhant Sajivan Mandal, Mid-Atlantic, USA, and He encouraged the disciples to start looking for a small church or cummunity hall for sale where a Hari Mandir could be established. By the divine grace of the Lord, in early 2012, a perfect location was found in the city of Bear, Delaware. There were plenty of rooms, a kitchen, and a prayer area fit exactly for the size of the congregation. Lord Swaminarayanbapa Swamibapa and Acharya Swamishree gave Their blessing, and on the morning of May 11th, 2012, the closing of the property was completed, and the first sabha was held at the location later that evening.

When Acharya Swamishree entered the temple, He performed aarti to newly-installed murtis of Lord Swaminaraynbapa Swamibapa in the handmade sinhasan for the first time. All disciples were then given the opportunity to perform aarti to the Lord. Everyone was then seated in the sabha, and Acharya Swamishree showered His divine blessings for the first time in the new temple.

Acharya Swamishree began His ashirwad by saying that for the past almost eight years, the Lord has been going to the homes of various disciples in the Mid-Atlantic region for all the gatherings they held in order to please Him. Wherever disciples held the religious gatherings, the Lord would happily go there, sit, and listen to His disciples as they praised and pleased Him. However, now, with the establishment of the temple, disciples will now have the chance to go to His home instead to please Him and to seek salvation (moksh).

Acharya Swamishree reminded disciples to have a constant inclination on the Lord’s murti whenever they perform bhakti (devotion) or seva (service and volunteer work). This should all be done with one aim only - to please the Lord. Bhakti and seva should be pure and should not be performed to please others or out of jealousy, envy, or greed. Keeping this in mind, Acharya Swamishree encouraged disciples of the Mid-Atlantic mandal to keep pleasing the Lord as they have been doing since 2004 at His new home in Delaware, which we have been so blessed by the Lord to have found in every way - location, size, and layout, in such short time. It is remarkable that since our beloved Gurudev Jeevanpran Shree Muktajeevan Swamibapa came to the United States in 1970 and planted the seeds for the satsang in the United States, eight mandals of Shree Swaminarayan Gadi Sansthan have been established in North America; and on this day, yet another one of these mandals has had a Hari Mandir established. If we continue to perform bhakti and seva purely and lovingly, the Lord will undoubtedly become pleased with us, and the satsang will continue to grow and flourish throughout this region of the United States and the entire country.

After Acharya Swamishree concluded His divine ashirwad, everyone performed sandhya aarti and niyams. Ekadashi maha prasad was then served to all who were present in the temple’s basement.

From this day forward, with the establishment of this temple, the disciples of the Mid-Atlantic region now have a common place to hold all gatherings and celebrations, and with divine blessings from Lord Swaminarayanbapa Swamibapa and Acharya Swamishree, they home the satsang will continue to flourish throughout the region and, furthermore, throughout the United States. 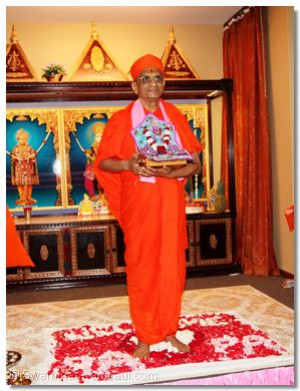 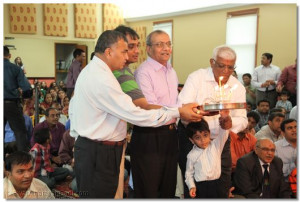 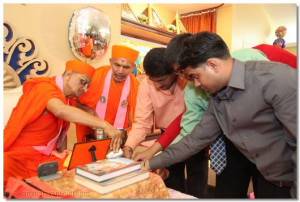 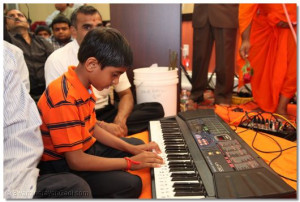 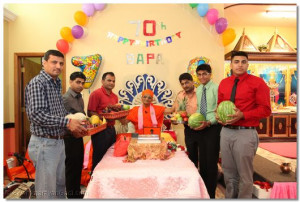 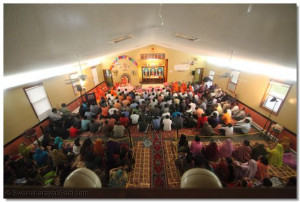