Acharya Swamishree's Departure from the US 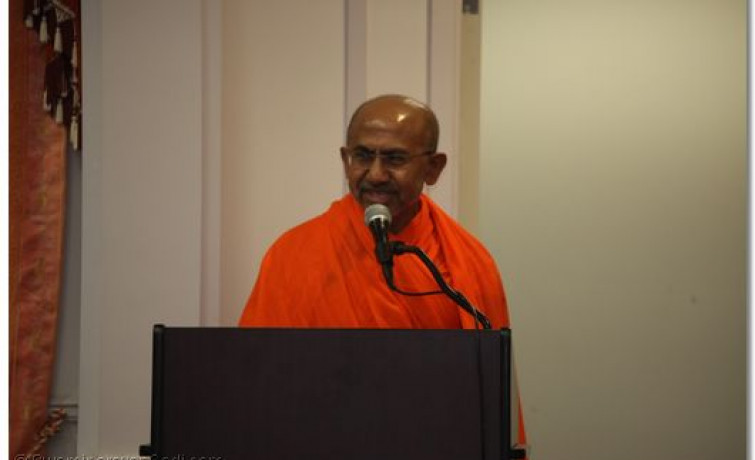 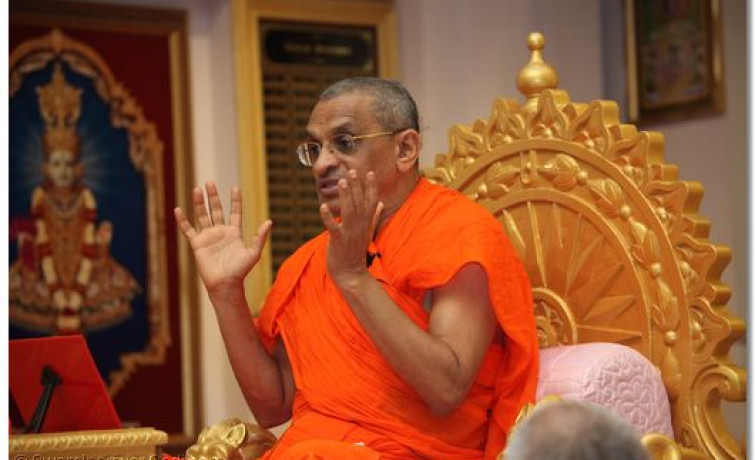 After a short yet memorable and meaningful two-week vicharan, His Divine Holiness Acharya Swamishree and the mandal of twelve sants departed the United States to return to London, UK on Saturday, August 8th, 2009. During these two weeks in the United States, Acharya Swamishree performed the eighth Patotsav ceremony of Shree Swaminarayan Temple New Jersey, visited Shree Swaminarayan Temple Chicago, and performed padhramanis at the homes and businesses of disciples in the states of New Jersey, Pennsylvania, Delaware, Illinois, and Connecticut.

On Friday, August 7th, 2009, a final sabha was held at Shree Swaminarayan Temple New Jersey before Acharya Swamishree’s departure. Sants and disciples performed kirtan-bhakti. Several sants gave speeches about the supremacy of Lord Shree Swaminarayan and the importance of staying in the satsang. Acharya Swamishree then showered His divine blessings upon the congregation one last time before leaving the United States.

In His divine ashirwad, Acharya Swamishree spoke of perhaps the most powerful and important force in the world – love. Although it is a small word, it encompasses a lot of meaning. There are all types of love in the world – love for a family member, love for a friend, love for a spouse, love for a sibling, and most importantly, love for the Lord. It is love and devotion to the Lord that will earn a disciple eternal salvation and a place in the Lord’s murti. The Lord has unconditional love for His disciples. He loves and cares for us all, and He only wishes for us to be happy in life on this Earth. Whenever a disciple feels he or she cannot be without the Lord, the Lord cannot be without that disciple either. Such is how strongly the Lord loves each and every one of His disciples. Everything He does for us is for our own good, and we should, therefore, be extremely thankful to Him and do the best to our ability to show our love and devotion to the Lord.

After imparting this important message to the disciples, Acharya Swamishree gave darshan to everyone. Many disciples were then awarded and blessed for their countless services to the temple. Everyone was then served maha prasad.

After performing Sandhya Aarti one last time Saturday evening, Acharya Swamishree left Shree Swaminarayan Temple New Jersey around 7:00 PM for Newark International Airport. After giving His divine darshan to the disciples who had accompanied Him to the airport, Acharya Swamishree, along with the twelve sants and several disciples, took off for London around 9:00 PM. 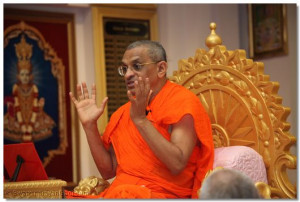 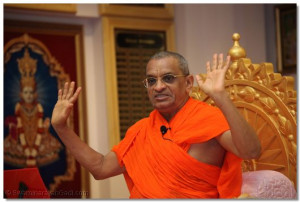 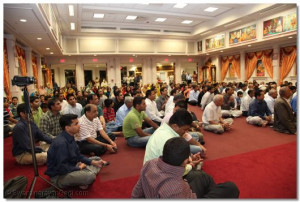 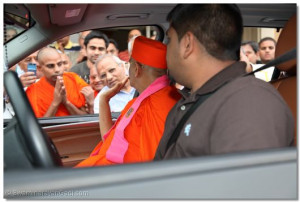 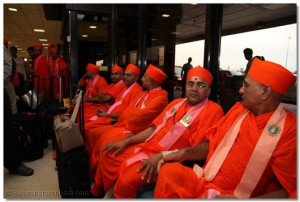 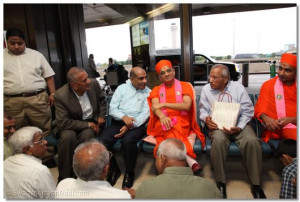