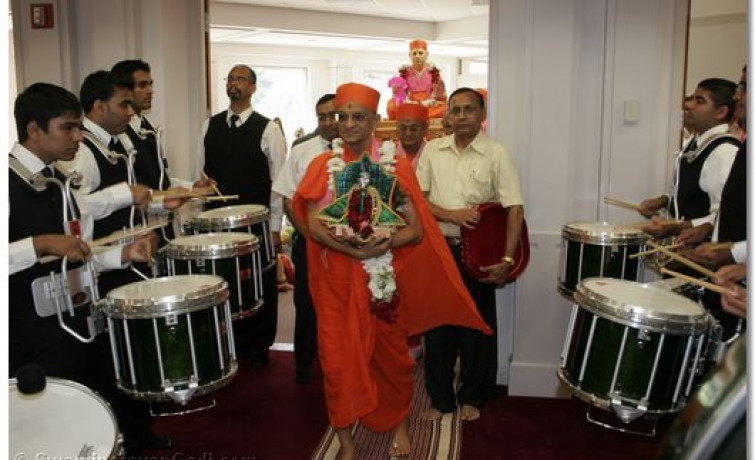 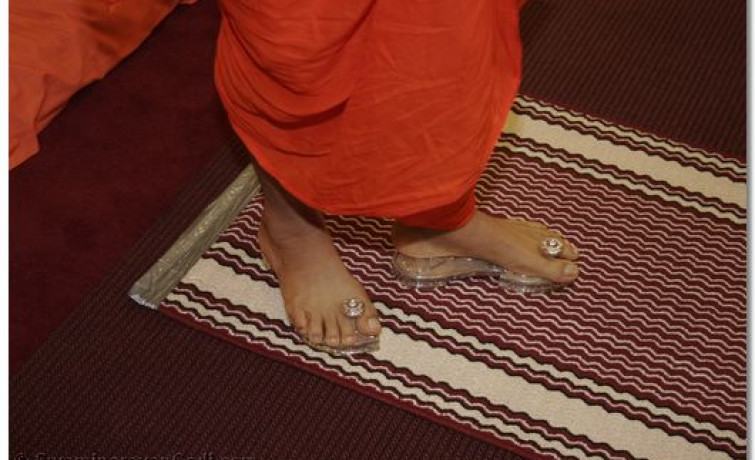 On Saturday, August 4th, 2007, the disciples of Shree Swaminarayan Temple New Jersey were truly blessed to be able to celebrate Gurupoornima in the presence of His Divine Holiness Acharya Swamishree and nineteen eminent sants.

During His divine blessings, Acharya Swamishree explained the importance of a guru in one’s life. A true guru is one who shows one the path to eternal salvation and unites one’s soul with the Supreme Lord. Such gurus are hard to find.

By the Lord’s grace we are blessed with a true guru in Shree Muktajeevan Swamibapa. Only a guru from Akshardham is capable of teaching the sanatan supreme upasana and granting eternal salvation. True gurudakshina is when a disciple obeys the Lord’s commands and preserves the pativrata bhakti, just like a queen of a great king who never thinks of leaving the king. By staying under Shree Swaminarayan Gadi and following the path drawn by Shree Muktajeevan Swamibapa, eternal salvation is achieved.

A guru had three disciples. He placed each of them in three different locations and told them to meet him in a separate location via three different routes. The first disciple was on his way to meet the guru when he came across a silver mine. It had a sign stating that whoever stays here will acquire the mine. The disciple got persuaded by the riches of the mine and decided to stay there, thinking that the guru will always be there, but such an opportunity will only come once. In the same way, the guru showed a gold mine to the second disciple who also got persuaded by the opportunity for riches as well. However, the third disciple did not get drawn towards the platinum mine on his route. His sight was only towards the guru and nothing else. Unlike the other two, he succeeded in meeting the guru. Seeing this, the guru was very pleased with the third disciple and granted him eternal salvation.

Through this lesson, we should be careful that our minds do not get pulled to anything that leads us away from the path to eternal salvation. Therefore, we should obey all the teachings of our guru, Shree Muktajeevan Swamibapa. 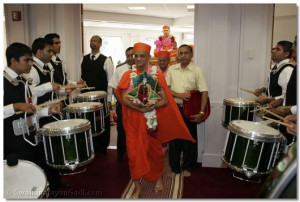 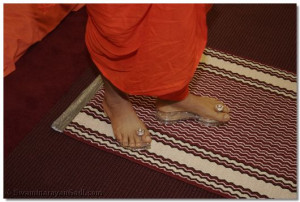 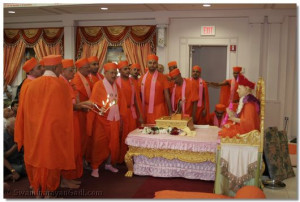 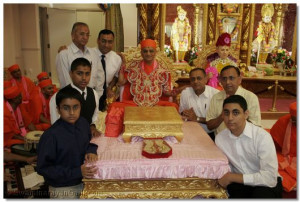 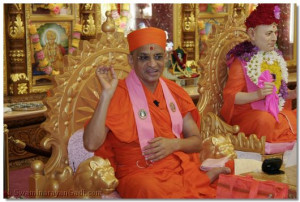 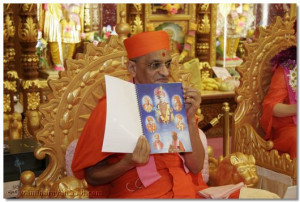