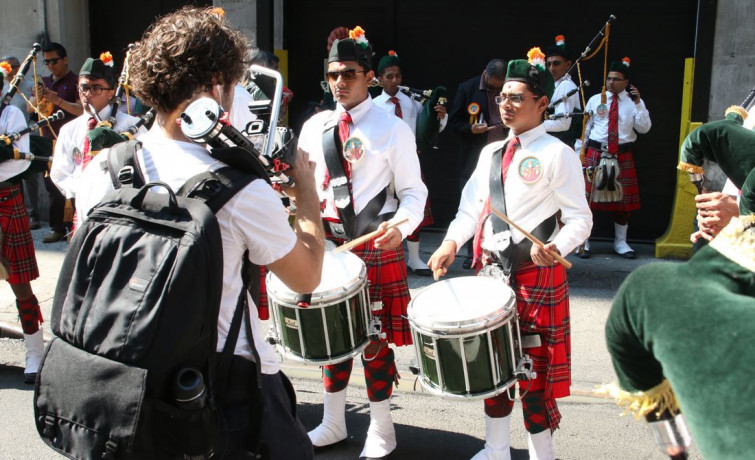 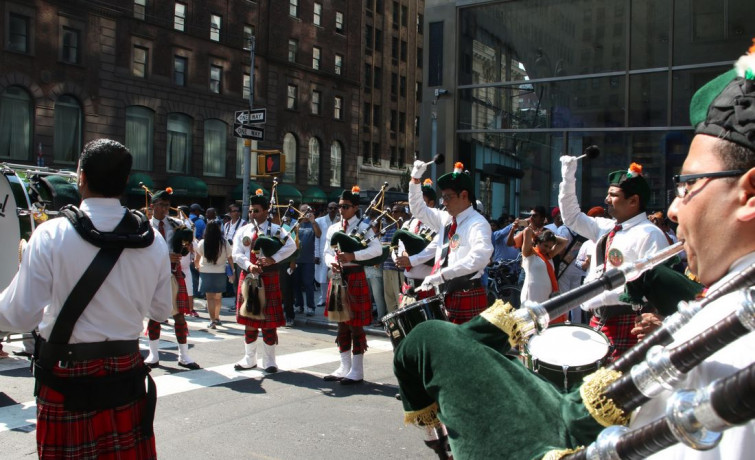 The day began very early at the Shree Swaminarayan Temple, Secaucus. Band members and volunteer disciples packed up the bus and proudly made their way to New York City, ready to spread the name of Lord Swaminarayanbapa Swamibapa. As soon as Swamibapa Pipe Band USA arrived and began practicing before the start of the parade, the sound of pipes and drums on Madison Avenue drew much attention from the crowd and media.

The parade, organized by the Federation of Indian Associations, is the largest celebration of Indian independence outside of India. Hundreds of thousands of people filled up the sidewalks of the parade route along Madison Avenue from 39th Street to 28th Street in the heart of Manhattan. Organizations from all over America represented themselves in the parade, ranging from private businesses to spiritual organizations such as our own. This year the FIA teamed up with Guinness World Records to attempt to set a world record for number of flags displayed and number of drums being played. Swamibapa Pipe Band USA participated in the Guinness World Record attempt with Indian flags proudly flying from every pipers bagpipe and a solid team of percussionists. Numerous disciples from the temple also attended the parade to proudly display the Indian and American flags along with the Swamibapa Pipe Band banner, and to assist the band throughout the parade.

Swamibapa Pipe Band USA commenced the start of the parade by saluting the NYPD Indian-American officers, chief guests, and parade organizers, who proudly led the parade.

In addition to leading the guests of honor throughout the parade, Swamibapa Pipe Band had the honor of playing the Indian national anthem in front of the parade grandstands. These performances were broadcasted live on many Indian television channels and also covered by both Indian and American national news channels. 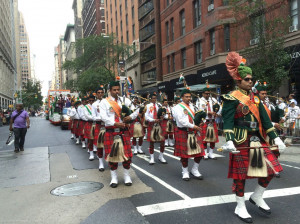 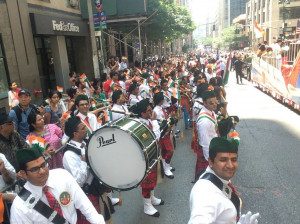 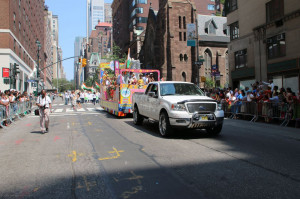 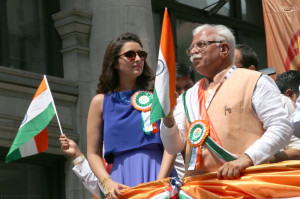 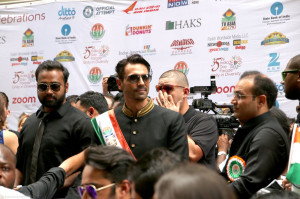 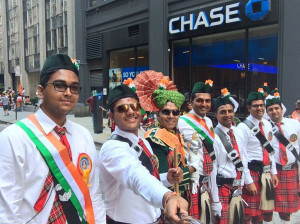