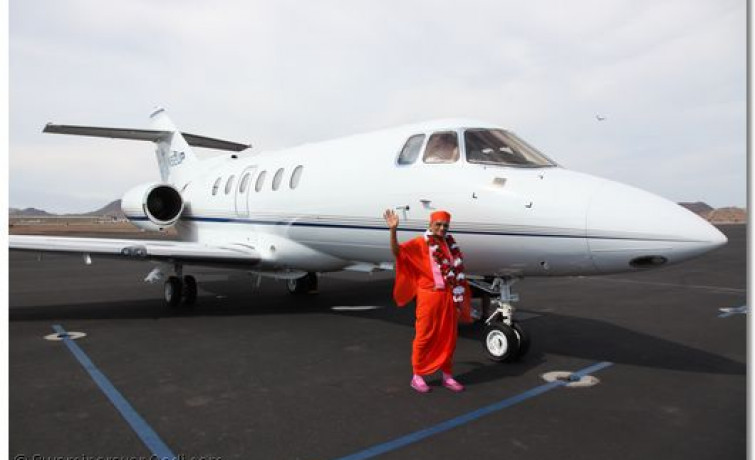 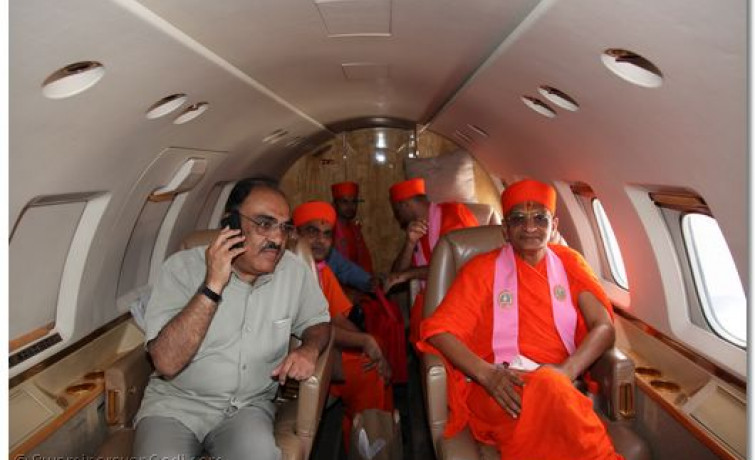 His Divine Holiness Acharya Swamishree arrived in Phoenix, Arizona on Tuesday, July 10th, 2012, to commence His West Coast Tour of North America. He graced disciples with His divine presence and performed padhramanis at their homes and businesses.

On Thursday, July 12th, 2012, after having lunch in Phoenix, Acharya Swamishree departed for Los Angeles in a private chartered jet. He arrived at Van Nuys Airport and was escorted to Shree Swaminarayan Temple Los Angeles in a Bentley. Many disciples were eagerly waiting at the temple to greet Acharya Swamishree for the first time to the temple after its renovations had been completed.

Acharya Swamishree and sants will reside in Los Angeles until Monday, July 23rd, 2012. During their stay, Acharya Swamishree will perform the idol installation ceremony of the temple. The Murti Pratishtha Mahotsav will be celebrated from Thursday, July 19th, 2012 through Sunday, July 22nd, 2012 with utmost grandeur. Hundreds of disciples from all over the world will gather to witness this once-in-a-lifetime occasion. 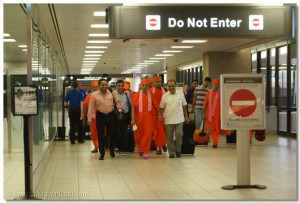 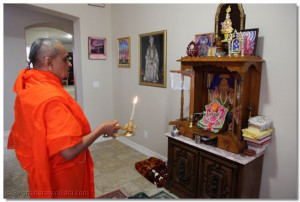 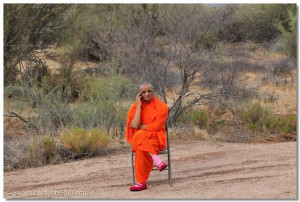 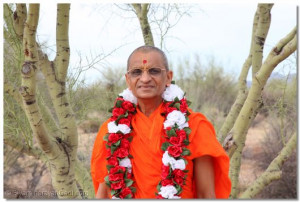 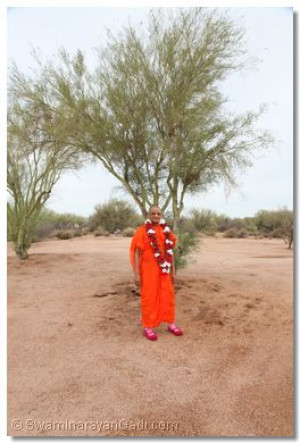 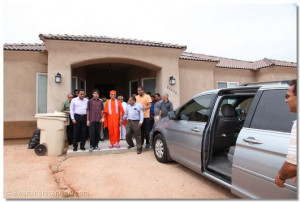