Lord Shree Swaminarayan, in the Vachanamrut Gadhada middle section 62, explains the three types of propensities that exist for the salvation of a soul and which lead to immense bliss. Of these propensities, the first is a resolute conviction about the soul (aatma-nishtha), the second is the propensity like that of a chaste (pativrata) woman and the third propensity is that of servitude.

Of these, a person who has a conviction about the soul (aatma-nishtha) has the thought and knowledge that on one side is the soul, and on the other side is the constellation of Maya (57 aspects), i.e., the body, indriyas, antah-karans, the three attributes, five sensations, etc. The thought that remains between these two is spiritual knowledge.  The knowledge and thought that the soul is true and full of bliss, and the soul is separate from the body. This spiritual thought remains steady, just as the tip of a flame remains totally still in a place where there is absolutely no wind. That thought does not allow the body, indriyas and antah-karans to integrate with the soul.

Jeevanpran Bapashree explains this context further in the Rahasyarth stating that;

Gnan Mahodadhi Acharya Shree Jitendriyapriyadasji Swamiji Maharaj further explained that there are three bodies of a human (Deh) nameley; Sthool (material body), sukshma (invincible body) and karan (eternal body). if we go deep in the sukshma there is a fourth one namely mahakaran.

Someone who visualises the Lustrous Murti of the Lord realises, ‘I am a soul and the Lord eternally resides within Me and In this Lustre (the Lord’s lustrous Dham) I stay engrossed and immersed in the darshan of the Murti of the Lord.’ This is the paramekantik stithi. Jeevanpran Bapashree talks about the highest state of a soul i.e. anadimukta stihti, they reside within the Murti of Lord Shree Swaminarayan as His eternal servants. 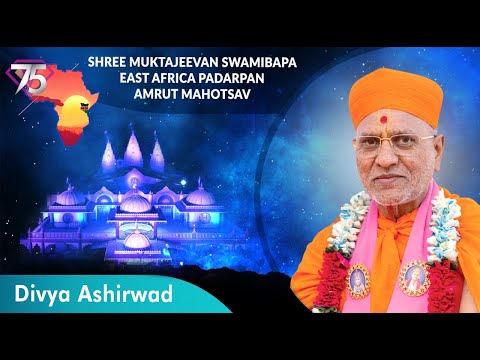