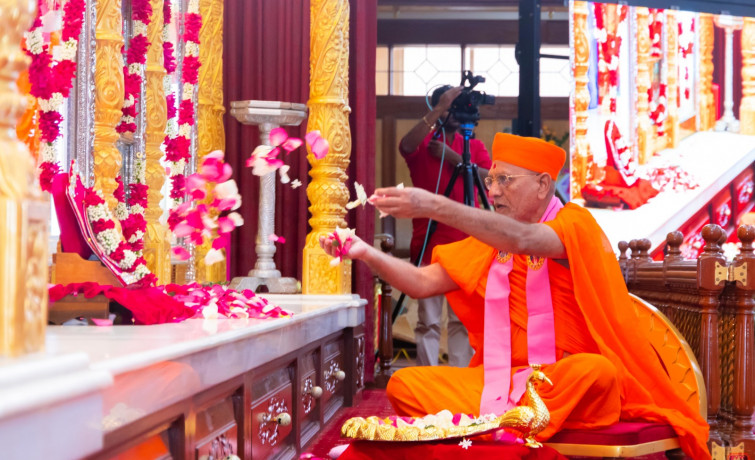 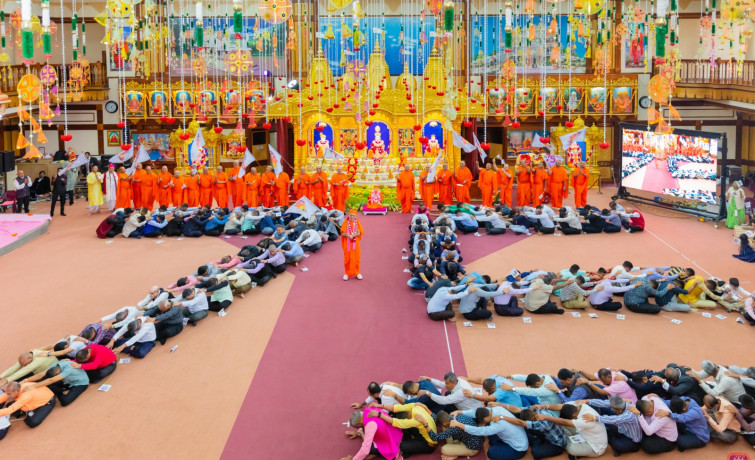 Preparations for this year’s patotsav ceremony started weeks back with so much enthusiasm and joy. Sants and disciples worked hand in hand to prepare a magnificent divine Annakut to offer to Lord Swaminarayanbapa Swamibapa, which contained a plethora of Indian sweets, cakes and savories. Acharya  Swamiji Maharaj cut the cake and offered it to the Lord. Thereafter, Acharya Jitendriyapriyadasji Swamiji Maharaj, Sants and devotees performed aarti to Lord Swaminarayanbapa Swamibapa and Ved Ratna Acharya Swamishree Maharaj. After this devotees were showered with the divine blessings from Shree Muktajeevan Swamibapa followed by Acharya Jitendriyapriyadasji Swamiji Maharaj.

Finally a closing ceremony to the mahotsav was performed by devotees gathering together in a formation to form the numbers 75 and 70. Flags with the Mahotsav Logo were  distributed to the sabha and waved to mark a wonderful end to such a magnificent mahotsav.

Mahaprasad was then later served to all. 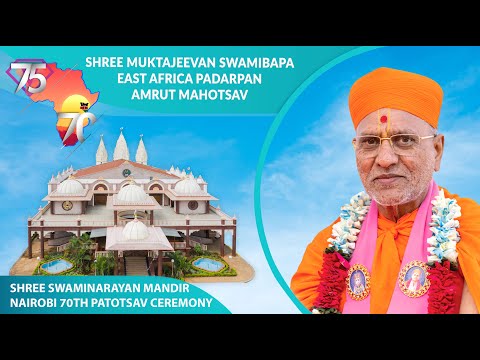 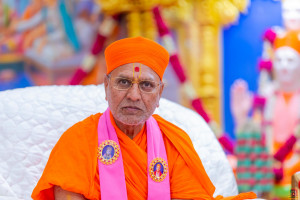 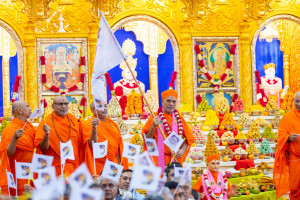 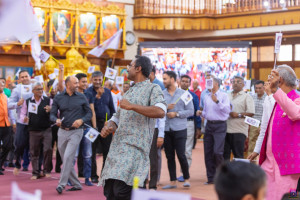 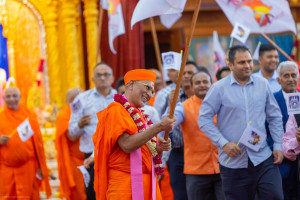