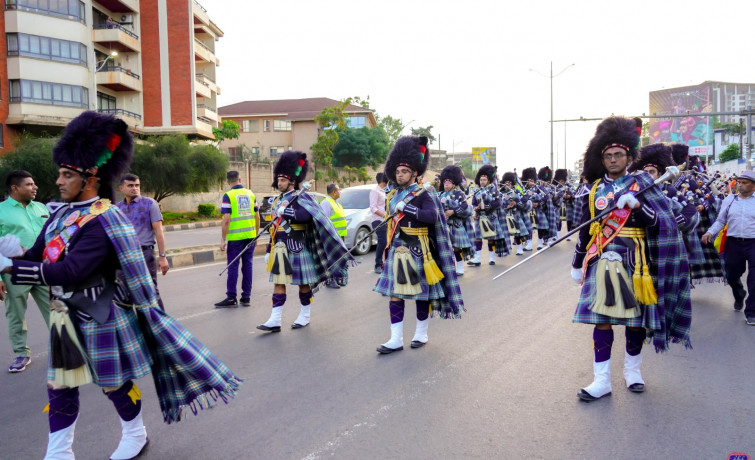 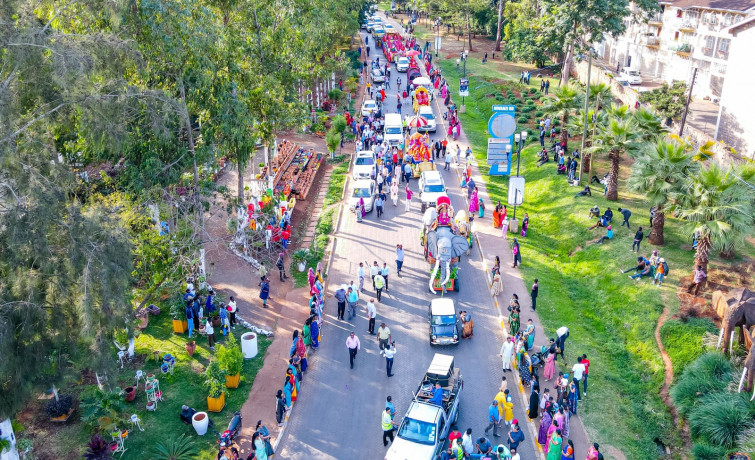 Thousands of the general public lined the route to get a glimpse of this grand procession, many stopped in their cars and looked out their windows. In doing so,  these people received the divine darshan of Lord Shree Swaminarayan and His Spiritual Successors all whilst sat upon Beautiful chariots and therefore took a step towards their ultimate salvation. It was a beautiful nagaryatra to be seen by all.

Not a single drop of rain fell during the entire procession and nor did a single drop of sweat. With Lord Swaminarayanbapa Swamibapa's blessings, a cool wind blew throughout the entire procession so that the pipe band members, and other devotees would not experience any fatigue. The nagaryatra peacefully made its way down its endpoint, Shree Swaminarayan Mandir Nairobi. Upon Arrival at Shree Swaminarayan Mandir Nairobi, the Pipe Band members offered salutations to Lord Swaminarayanbapa Swamibapa, Vedratna Acharya Swamishree Maharaj and Gnan Mahodadhi Acharya Swamiji Maharaj. Thereafter was a conclusion of the grand procession with an extraordinary and magnificent display of fireworks. The crackling of fireworks all but overwhelmed the noise of the jubilant crowd, who seemed still full of fervour and vigour, despite the energy-sapping procession.

Divine Mahaprasad is Served to all who joined in the Grand Procession. 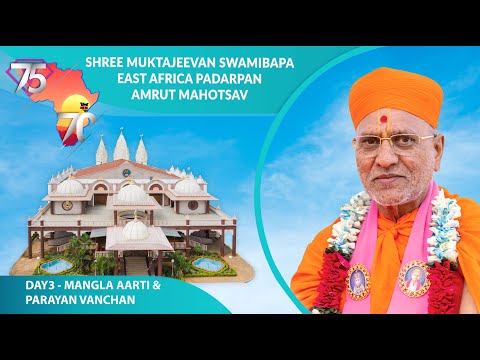 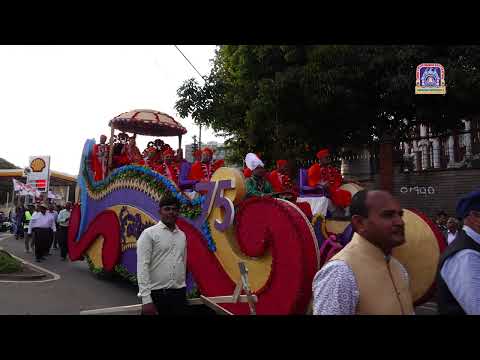 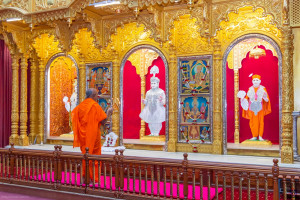 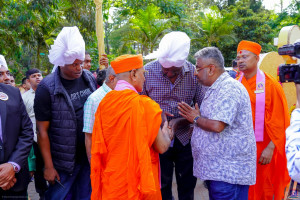 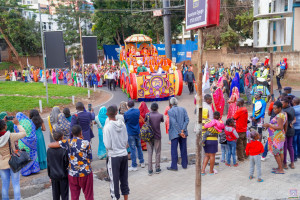 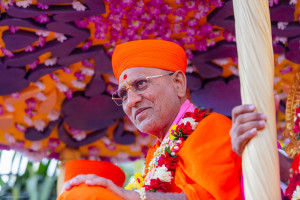 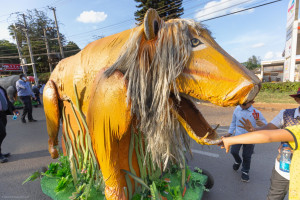 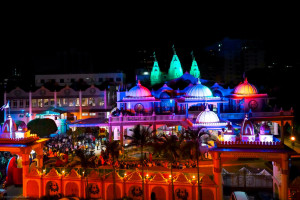