Lord Shree Swaminarayan, in the Vachanamrut, has explained that if a disciple who has a determination about God and Sants, together with knowledge about their Greatness experiences a painful death or may die under any other unpleasant circumstances attains the abode of Lord Shree Swaminarayan. In contrast, someone who is averse to the Lord may die comfortably, or be cremated with full ceremonial rites with auspicious sandal wood, but still, he is sure to go to hell (narak).

Gnan Mahodadhi Acharya Shree Jitendriyapriyadasji Swamiji Maharaj explained that Lord Shree Swaminarayan has considered all His disciples as His. The entire world calls us as disciples of Lord Swaminarayan and today we are known as disciples of Maninagar Shree Swaminarayan Gadi. The Lord explains in the Vachanamrut that He has considered all His disciples as His and if He does not persist to keep us obedient, we will behave in some kind of an inappropriate manner and He would not be able to endure seeing this. For this reason the Lord does not want to allow even a slight imperfection to remain in anyone who is said to be His. Therefore we, as His disciples, must always remain vigilant to not have the slightest of recklessness for us to stay standing in the Satsang. Just like a flowing river the worldly interactions will constantly be there and will flow naturally but to constantly be able to act as per the Lord’s will and remain in good conduct is a very difficult task, one has to be always pushed to remain vigilant in praying & devotion. If one conducts himself as if they are a body, they will not be able to obey the Lord’s commands and consequently, will not be able to remain amongst the Lord’s sants and disciples.

The Lord is determined to not allow any kind of inappropriate passions or unacceptable temperaments to remain in His disciples hearts; nor do He want any kind of association to exist with the three attributes of Maya, ten indriyas, ten prans, four antah-karans, five basic elements (panch-bhut), five sensations or the deities of the fourteen indriyas. He wants to free His disciples from all those material anxieties and ensure that they realise themsselves to be independent, i.e. souls, and perform devotion to Him accordingly.

Associating the Indriyas towards worldly interactions and deeds leads one to fall off the path of eternal salvation. One has to therefore gain control over their indriyas and direct them towards activities pertaining the Lord. By doing this the Lord is pleased upon us and grands His disciples His divine Abode - Akshardham. For this reason the Lord persists to keep His disciples obedient and makes sure no imperfections are left in any of His disciples. Therefore disciples who have the Lord and His Sants to guide them through the right path in religion are fortunate. Whenever a disciple receives a reprimand from the Lord or His Sants, he should have a moment of self-realisation to look into his wrongs and correct them. Shree Muktajeevan Swamibapa often said that one who has nobody to direct them towards the right path are unfortunate.
The Lord says that if all those inadequacies in a disciple have not been eradicated within this lifetime, He will send such souls to Badrik-ashram to perform austerities, as a consequence of which, all inappropriate passions can be incinerated to ashes; or He will send such souls to Shwet-dweep, where one can perform austerities with the Nirann-muktas, as a consequence of which, all the inappropriate passions can be burnt to cinders.

Shree Muktajeevan Swamibapa has blessed all the disciples of Shree Swaminarayan Gadi Sansthan with a promise to attaining eternal salvation but one has to act as per the Lord’s commands.

The Lord further explains in the Vachanamrut that as a consequence of sattva deeds one attains heaven; consequence of rajas deeds one attains the mortal world; and as a consequence of tamas one attains hell. Someone may raise a doubt, i.e. if one attains the mortal world as a result of performing rajas deeds, all humans should experience the same happiness and miseries. The response to this is that the one rajas attribute has a multitude of varieties. Due to its association with the place, time, etc., the rajas deeds may take numerous forms. If someone performs a deed that displeases the Lord or His sant, even if that person has performed a deed that would result in him going to heaven, it would all be destroyed and whilst remaining in the mortal world, in the very same body, he would experience the pain of hell. If someone performs a deed that pleases the Lord and His sant, that person enjoys the bliss of God’s abode whilst remaining in that same body. Even if that person was destined for hell, that destiny is revoked and he attains the Lord’s Abode-Akshardham. In order to attain such brilliance, the fire-deity (Agni) must have pleased the Lord and the Lord’s sants; the Sun-deity (Surya) and Moon-deity (Chandra), etc., are so lustrous because they must have performed auspicious deeds that pleased Lord and the Lord’s sants; and all those within the abodes of deities and the mortal world who are contented must have pleased Lord and the Lord’s sants, as a consequence of which, they have attained such happiness. Therefore, anyone who wishes for the good of his soul must remain adherent to the moral obligations stated in the holy scriptures, and conduct himself only in a manner that pleases Lord and His sants 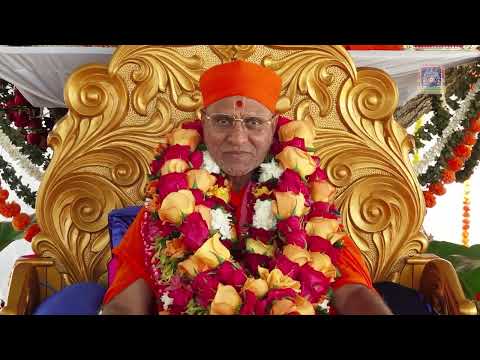