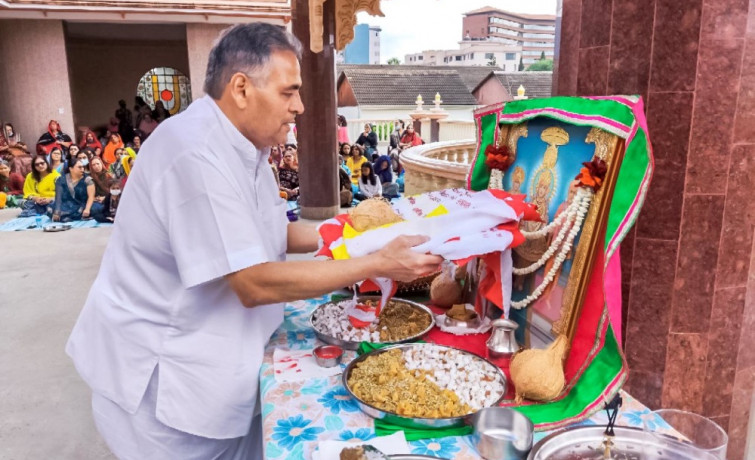 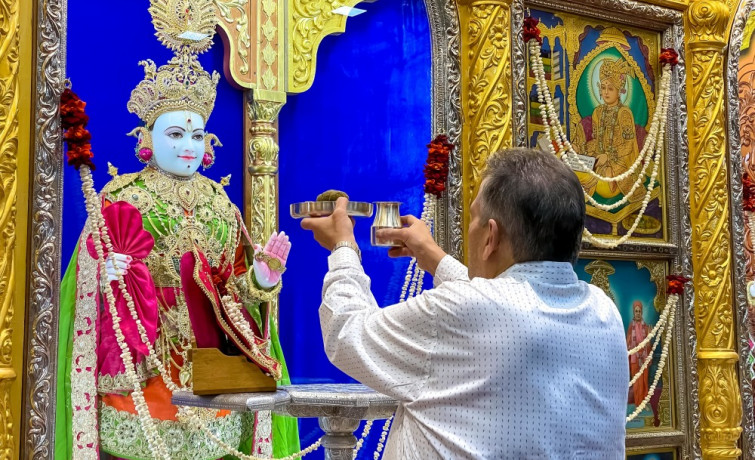 To observe this glorious and auspicious day, Maninagar Shree Swaminarayan Gadi Sansthan, Shree Swaminarayan Siddhant Sajivan Mandal – Nairobi held a flag raising ceremony in the morning hours by performing poojan and Aarti and changing the flags. A prasad of a mixture of jaggery, coconut and dried coriander seeds was served to all.

In the Evening, celebrations commenced with a 2 hour long Swaminarayan Mahamantra dhoon to announce the arrival of the Supreme Lord Shree Swaminarayan. Devotees gracefully swayed along with the rhythmic chanting of the Lord’s sacred name. Devotees were thereafter blessed with divine discourses of Gurudev Shree Muktajeevan Swamibapa.

Lord Shree Swaminarayan, in Baal Ghanshyam form, was seated upon a beautiful golden cradle, blessing all the devotees present with His divine form. To hail His manifestation, disciples performed aarti followed by hailing the Glory of the Lord and describing His magnificent, divine robes and ornaments.Verses, chants and chhari describing the glory of the supreme Lord Swaminarayan were also sung alongside playing instruments like tabla and cymbals, whilst the Lord being gently swung in His cradle. A prasad of ‘Panchajiri’ was distributed to all. 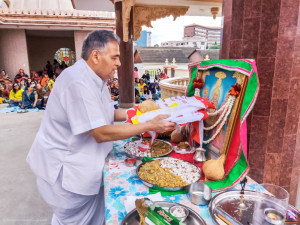 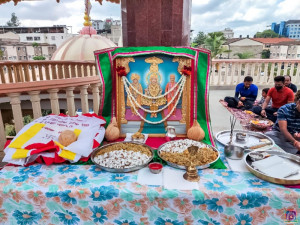 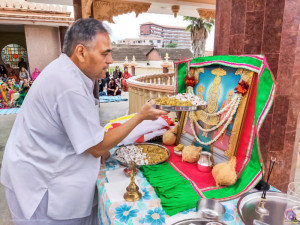 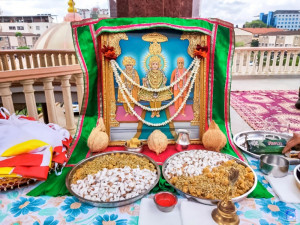 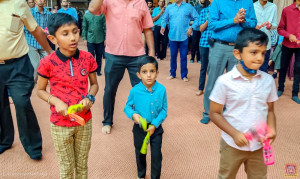