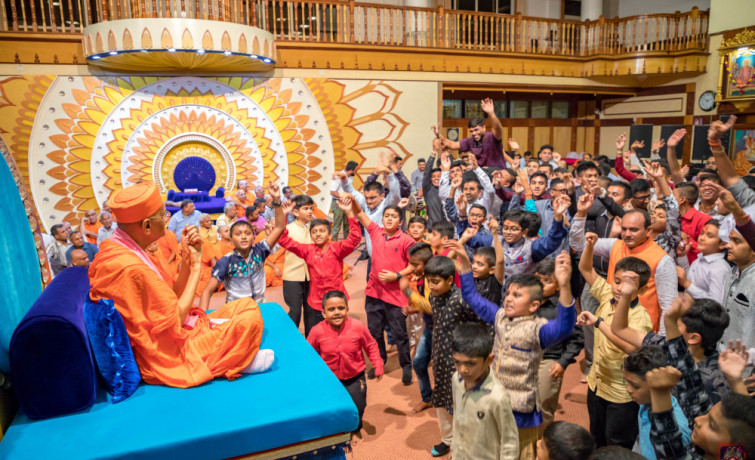 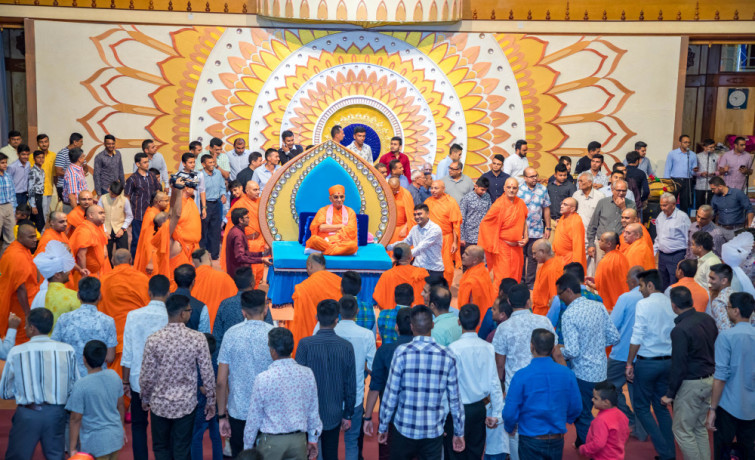 Magsar Vad Amavasya fell on Thursday, 26 th December 2019. The day to gauge progress of oneself towards the path of devotion. The day to meditate and concentrate upon the murti of Lord Swaminarayanbapa Swamibapa.

Jeevanpran Shree Muktajeevan Swamibapa commenced the Amavasya celebrations on Monday, 27 th December 1943. His objective was to strengthen the bonds of devotees in Karan Satsang. This day is celebrated to commemorate the antardhyan leela of our beloved Nidarsidhantvadi Sadguru Shree Ishwarcharandasji Swamibapa. Swamibapa would celebrate this day from early morning from 6.00am to 6.00pm in the evening. During the 12 hours celebrations, there were sessions for meditations, kirtans, scripture recitals, ashirwad and mahaprasad.

After the ashirwad, devotees performed a samuh raas to please Lord Swaminarayanbapa Swamibapa. Sponsors of the event adorned HDH Acharya Swamishree Maharaj with flower chadar and escorted Him to the grand stage. Devotees performed the raas with live music played by team of talented sants and devotees from Nairobi and India. Divine Annakut Prasad was served to all present during the celebrations. 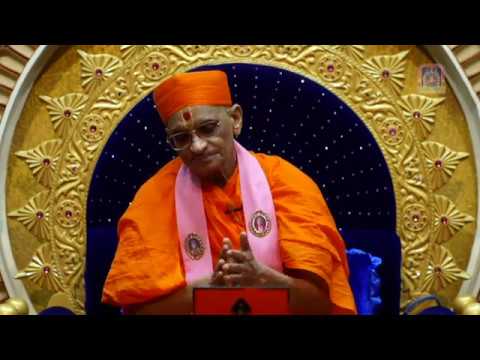 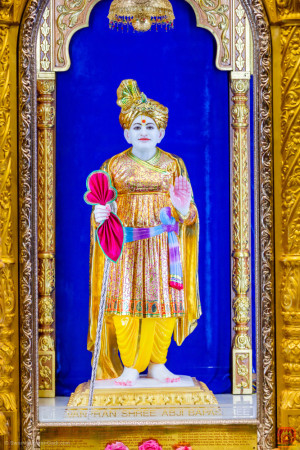 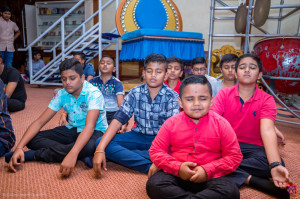 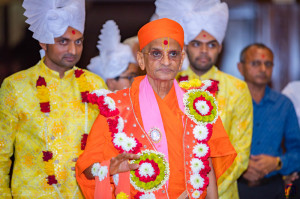 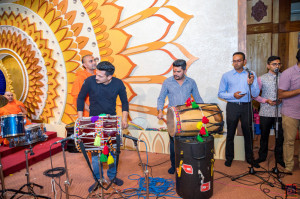 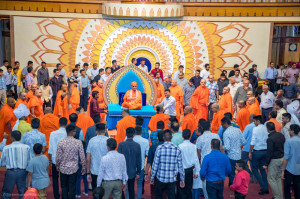 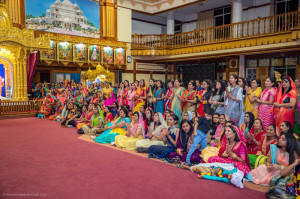