Shree Muktajeevan Swamibapa says that Lord Shree Swaminarayan and His entire lineage have showered infinite mercy upon disciples, whilst bearing all the respect, disrespect attained from them, by manifesting on this earth to bless them and to ensure they attain eternal salvation. Jeevanpran Abjibapashree’s only reason to manifest on earth is to offer the bliss of the Lord’s Murti upon those who take His patronage.

H.D.H Acharya Swamishree on explaining the meaning of Dhanurmaas says that, the more you bend a bow (dhanushya) the closer your chances for the aim gets to shooting an arrow to it’s target. Likewise, taking the bow here as the Lord’s name remembrance and chanting, and the arrow as the soul; through this remembrance, our soul’s aim and target is to attain the Murti of the Lord. Hence one has to unite his soul to the Murti of the Lord through continuous remembrance.

A fearless disciple’s only aim is to attain and reside in the divine abode of the Lord through this body.  The Lord is pleased upon one who contemplates on His Murti. To be able dwell with the Lord, one should not have any sort of pride whilst performing deeds and activities to please the Lord. Pride can make one fall off the path of religion.  When the Lord and His Satpurush fulfill our wishes that is their kindness on us.

A disciple grows affection for the Lord through acting as per His will. The Lord does not get along with four types of people: those with an angry temperament; those who are envious; those who are deceitful; and those who are arrogant, even if they are disciples of God. Anger and envy are the results of arrogance. A disciple within whom no flaws exist with respect to his five vartmans and if the Lord binds him to obey any of His commands and to relinquish any preferences he previously had and make him follow His will throughout his life, then still, he never becomes perplexed, is a resolute disciple. The Lord naturally develops affection towards such a disciple. A person who does not have these qualities cannot develop any affection for Him, even if He attempts to do so. The Lord’s nature is such that He can only have affection for someone who has such a perfect devotion for Him within his heart.

The Lord clearly states in the Vachanamrut that He does not like egotism; He detests the different kinds of egotism, be it the ego being about one’s devotion, renunciation, asceticism, attainment of the Brahm status, understanding, or obedience to the vartmans. He also clarifies that He does not like hypocrisy. What is that hypocrisy? A particular individual may not have much determination, devotion or adherence to the religious decree within his heart. However, in front of others, he superficially shows himself to possess much virtue in order to portray his eminence. That does not impress the Lord. 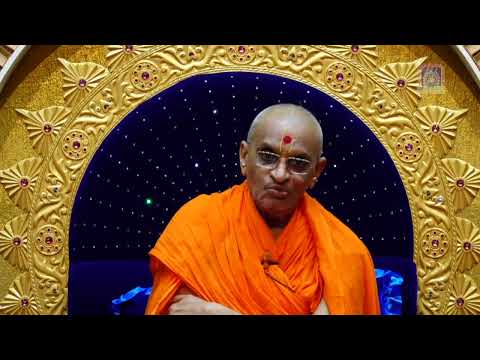