Shree Muktajeevan Swamibapa explains the mightiness and the undoubted sovereignty of Lord Shree Swaminarayan in “Shree Swaminarayan Gadi Granth”. The Lord and His Satpurush have no other self-interest, their aim is to bring Their disciples closer to the Lord in even a fun way.

The Lord Fun & lovingly merges us in His Murti. The Lord is lotus-eyed and an abode of elegance and grace.  Jeevanpran Abji Bapashree says that when initiating humor in religion, one should do so with an understanding of the Lord’s greatness and at an ideal time, if not done like this then that becomes infidel.

Shree Muktajeevan Swamibapa says that the Lord is benevolent and caring. If He was to give darshan as lustrous as He is, then we as disciples cannot have that strength to sustain that luster. He also advises us to maintain a routine exercise on reading and understanding the divine scripture, Vachanamrut Rahasyarth Pradeepika Tika. As disciples, we have to associate cautiously. In life jealousy evolves from pride. The Lord says that he keeps His disciples at bay and does not let them fall.

The Lord helps a disciple during states of anguish and suffering when they maintain a firm conviction upon the Lord. Disciples in the Karan Satsang who follow religion firmly are placed in the post of AnadiMuktas, those who don’t attain misery.

When a disciple takes in the Lords Bitter words of teachings and advice positively even when the words abjures one’s nature, is when he has truly understood the Lord as his parents.

Someone who looks into the eyes of the Lord whilst having an understanding of His greatness becomes free from all unnatural activity as self and sexual impulses and pleasures. The Lord’s eyes are enchanting, pure and clear; one who admires and adores such eyes of the Lord becomes attracted and engrossed in His Murti. Someone who considers the Lord as enchanting; abandons the world’s decorum and gives himself to the Lord and becomes captivated and absorbed in His Murti. 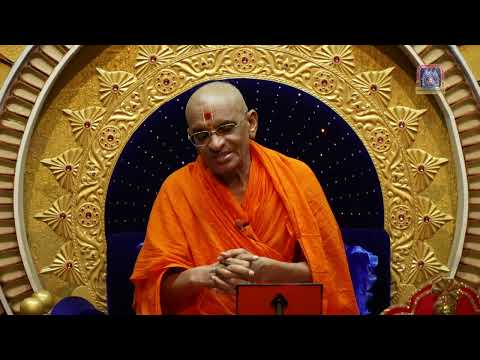