Shree Muktajeevan Swamibapa often explains to us that Lord Shree Swaminarayan is benevolent such that anyone who bounds himself to this religion attains His divine Murti. The Lord’s inherent virtues and religious decree (Dharma) is such that, by simply having remembrance of His doings and darshan, exterminates one’s fear of demons & ghosts; and also is such that He protects a disciple, who has continuous remembrance of Him, when in need.

Shree Premanand Swami uses the word prakruti for the Lord to mean His inner and endless Dharma and virtues. The Lord’s Prakruti transcends all three fundamental qualities, tendencies or stresses: sattva, rajas and tamas; which leads to dissolution of the sansaar. Where a human’s nature (Prakruti) has all three fundamental qualities, tendencies or stresses (three gunas); which leads to
establishment and growth of the world (sansaar).

A human being has to put in efforts to change or abolish his nature, whereas the Lord’s prakruti is independent and self-controlled. A disciple should always have divineness towards the Lord. Maintain an inclination towards the Lord and always act as per His likings and will. The Lord is Omnipresent, Omnipotent and Omniscience while in Akshardhaam.

The Lord’s second prakruti is mellowness and dulcetness. His Murti is full of sweetness and abundant bliss. Everything related to Him is Mellow; His speech, discourses, touch, sight, vision. His discourses and His touch can exterminate Maya (worldly pleasures). The Lord’s third prakruti is His gracefulness, elegance, and beauty. The Lord and His lineage are the Karan and without Karan, one cannot attain Aatyantik kalyaan (eternal salvation). 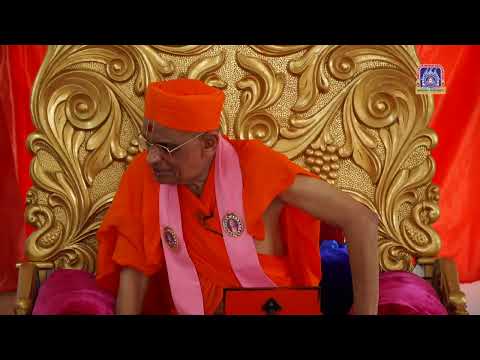