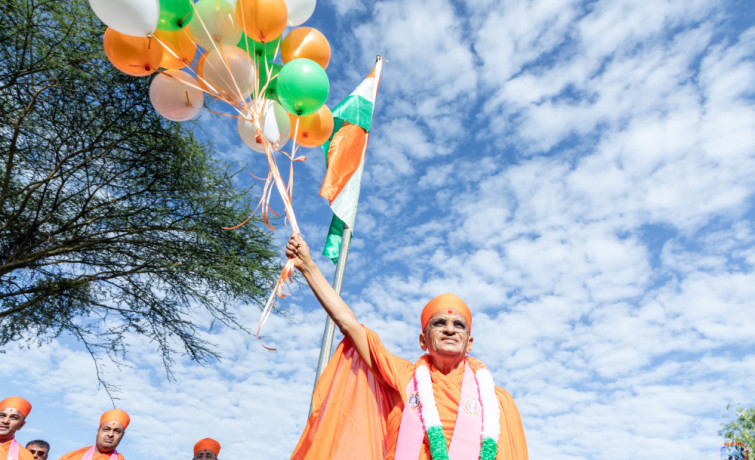 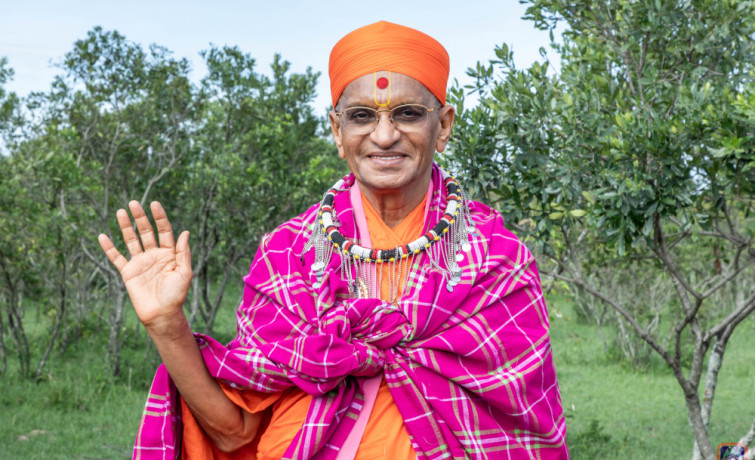 Indian Republic Day falls on 26th January. It so happened that on this day, the 70th republic day, HDH Acharya Swamishree Maharaj was in Masai Mara game reserve.

His patriotism to the nation was evident when a special flag raising occasion was held even in such remote area. Acharya Swamishree Maharaj raised the Indian National flag as the National Anthem was sung by a young girl aged 4 years. Everyone present paid their respect to the flag raising ceremony and proudly sang the Indian National anthem. Even African ladies dressed in Indian sarees and Indian flag painted on their cheeks proudly took part in the flag raising ceremony.

His compassion towards wildlife was once again evident when He presented a hefty cheque to the CEO of Mara Elephant Project which ensures safety and welfare of elephants in the Masai Mara.
Another donation was presented to towards building of a school in the Masai Mara for the benefit of children who have no school in vicinity of more than 50 Km radius.

Upon humble and heart felt prayers from Masai community leader, Acharya Swamishree Maharaj accepted to be adorned in Masai Shuka (shawl) and a bead necklace (Masai traditional dress). He visited their manyatta ( masai house) made of mud and sticks and blessed the masai society living in that area. The Masai community was really fortunate to have such a rare and divine Darshan of Lord Swaminarayan and Acharya Swamishree Maharaj.

In the evenings, a melodious bhakti sangeet night and rasotsav was performed by sants and devotees. Even during the rasotsav, the Africans living around the Mara River Lodge took part and performed traditional dances.

Acharya Swamishree Maharaj, sant mandal and devotees returned back to Nairobi after 3 days vicharan in the Masai Mara Game Reserve from 25th to 27th January 2019. 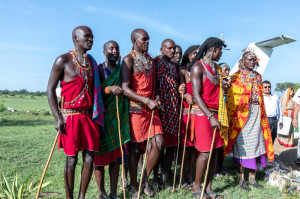 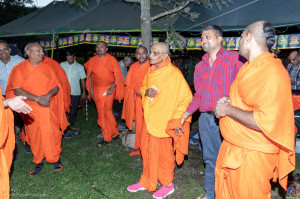 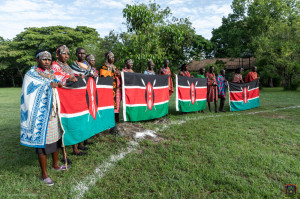 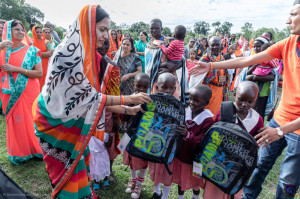 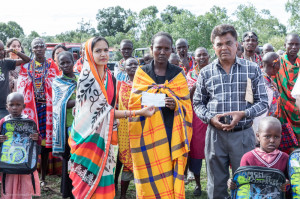 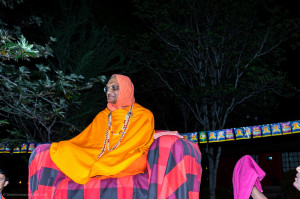