Shree Muktajeevan Swamibapa explains the greatness of the scripture Vachanamrut , saying that it is the gateway to eternal salvation. To attain true love towards the Lord and our religion, one has to gain all the attributes of Dharma, gnaan, vairayga & Bhakti.

A disciple will never fall from his path of salvation if he can have the same kind of immense love and affection for the Lord just as he has for his relatives and peers.

One’s understanding is false if he recognizes the body as the soul’s form. Such a soul cannot attain sanctity as long as he has pride of his caste and hermitage; therefore he has to let go of this sense of ego and my-ness and surrender his soul unto the lotus feet of the Lord to be able to attain sanctity.

To be able to maintain an indivisible union and continuous association with the Lord one has to abandon his absolute self in the form of a physical body and unite the soul within the Lord’s Murti. Shree Muktajeevan Swamibapa says that to be able to achieve this, one has to forgo all his bad habits and immoralities, and always be kind and forgiving. Jeevanpran Abji Bapashree says that His disciple should never get angered and always remain forgiving. He says, the bad deeds of such a disciple goes to that who gets temperamental and angered. One has to keep control over his behavior and continue reminiscing the Lord’s Murti.

One can have interests according to his status but he should never get arrogant about it and live with simplicity.

To maintain a spiritual bond with the Lord, one should not have affection for anything or anywhere else, and should not have any kind of anger, greed, jealousy, or infatuation. Happiness, grief, fear, courage, thirst, hunger, cold, dignity, insult, are all brawls and we have to be beyond all these brawls. One has to separate themselves from the worldly desires and get engrossed in acts related to the Lord.

One has to restrict their means of perception and senses in the form of the five vartamans (vows) and devote themselves to the Lord. 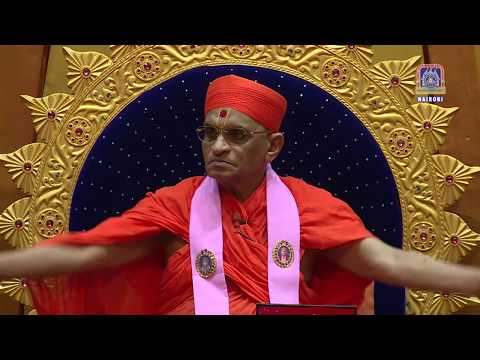