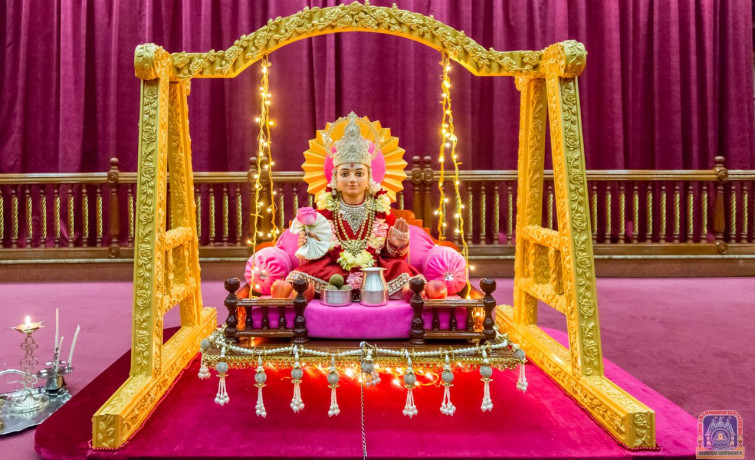 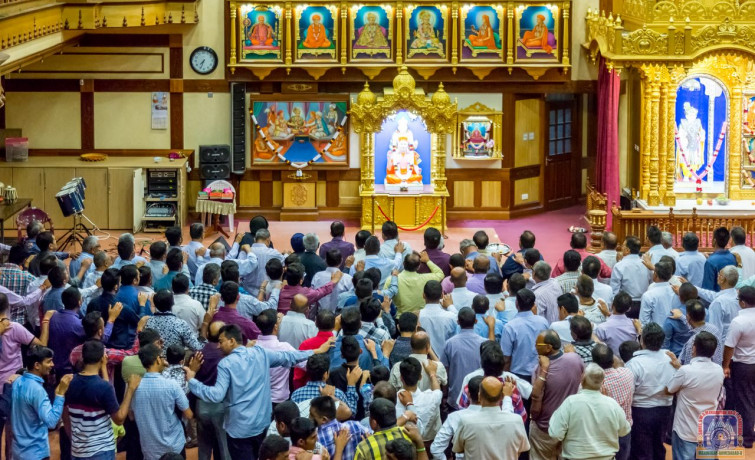 To dispel evil and superstitious practices, to preach non-violence and universal brotherhood, methods of self-realization and ultimately to purify the lost souls and reveal to them His supreme abode;

Akshardham, Lord Shree Swaminarayan manifested in a town called Chhapaiya (Northern India) on 2nd April 1781 A.D which is vikram samvat 1837, on Chaitra Sud 9 (based on the Vikram lunar calendar).

Lord Shree Swaminarayan manifested upon this earth in human form to parents Dharmadev and Bhaktimata. This auspicious day is the most significant for every disciple of Lord Swaminarayan. To observe this glorious day, Maninagar Shree Swaminarayan Gadi Sansthan, Shree Swaminarayan Siddhant Sajivan Mandal – Nairobi held a flag raising ceremony in the morning hours by performing poojan and Aarti and changing the flags. A prasad of a mixture of jaggery, coconut and dried coriander seeds was served to all.

In the evening, Hari Jayanti celebrations commenced with a 2-hour Swaminarayan Mahamantra dhoon where devotees gracefully swayed reminiscing in the Lords’ name and His divine episodes. Devotees were thereafter blessed with divine discourses of Gurudev Shree Muktajeevan Swamibapa.

Finally, the moment everyone was eagerly waiting for was here. Lord Shree Swaminarayan, in a Baal Ghanshyam form, was seated upon a beautifully lit golden cradle, blessing all the devotees present with His divine form. To hail His manifestation, disciples performed aarti and hailed Lord Shree Swaminarayan with Chhari, playing instruments like table and cymbals and sang joyous devotional songs. A prasad of ‘Panchajiri’ was distributed to all. 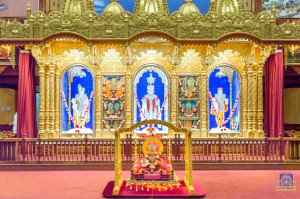 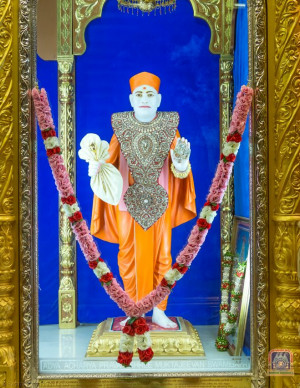 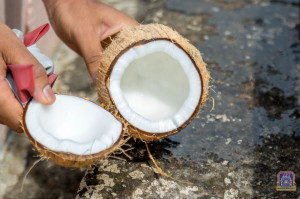 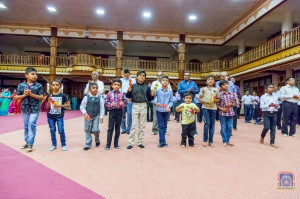 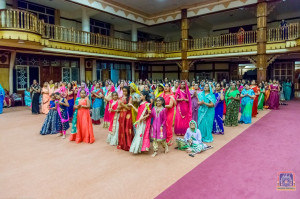 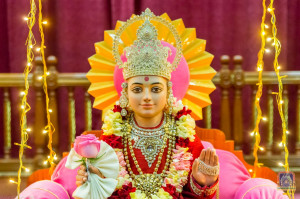