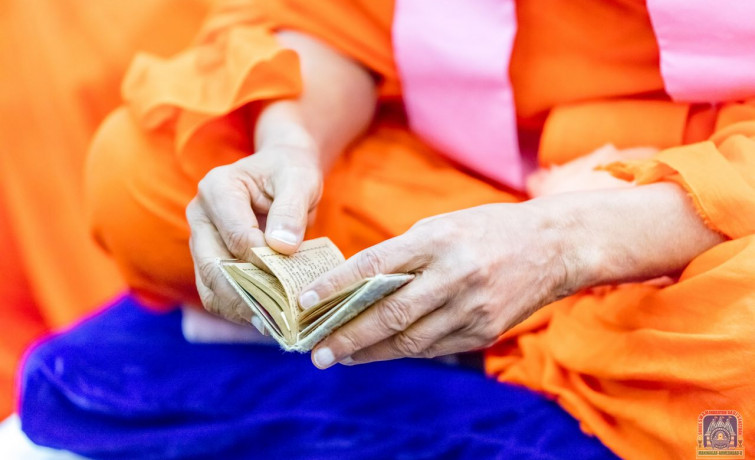 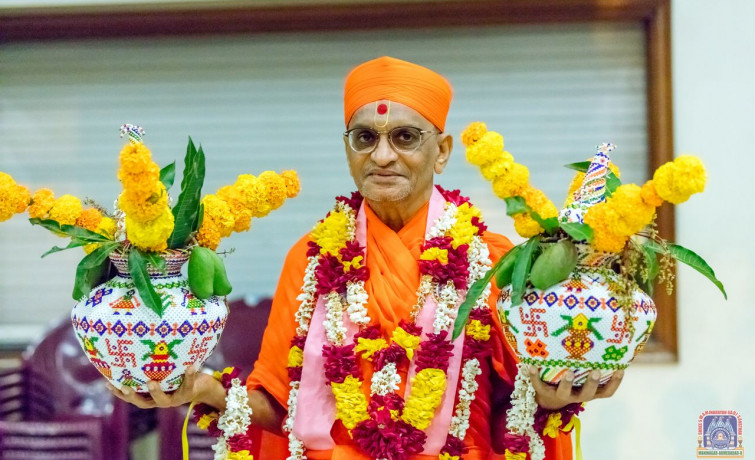 Vasant Panchmi, the end of the winter season and official start of the joyous spring season in India. For disciples in the Swaminarayan sect, this is the auspicious day chosen by Lord Swaminarayan; to gift humanity with the Shikshapatri scripture.

On this day, disciples gather in Mandirs to jointly recite the entire scripture – 212 verses of rules and stipulations that serve to benefit everyone in society.

The Shikshapatri is the epistle of beneficial instructions written by supreme Lord Shree Swaminarayan. It describes the rudiments that one should adopt in order to lead an honest and moral life. Adhering to the commandments that are clearly narrated in the Shikshapatri, is the key to attaining ultimate salvation, i.e. attaining the divine abode of Lord Swaminarayan.

Lord Shree Swaminarayan and Acharya Swamishree Maharaj also decree; that for a disciple to remain happy in this life, and thereafter, the commandments in the Shikshapatri should be adhered to. It is the only way of attaining salvation.

On 22nd January 2018, Mangla aarti at Maninagar Shree Swaminarayan Gadi Sansthan, Shree Swaminarayan Siddhant Sajivan Mandal – Nairobi, was performed at 5.30am. Thereafter, Acharya Swamishree Maharaj carried a traditional urn and was lead by the occhav to the temple hall. Once in the temple, the 212 verses were recited in Sanskrit, thereafter poojan to the Holy scripture shikshapatri was conducted and Acharya Swamishree maharaj sprinkled Prasad of gulal to all the devotees present to celebrate this auspicious occasion.

In the evening, after Sandhya Arti niyams, Acharya Swamishree Maahraj recommended the congregation in His divine discourses that, “One should follow and adhere to the holy commandments stated and explained in the Shikshapatri; one shouldn’t produce their own beneficial version of the meanings of the commandments and follow them. As doing so, it will not only make you a sinner, but also not abiding by the Lord’s commandments. So one should always adhere to the commandments as stated to attain divine salvation.”

After His divine discourses, Acharya Swamishree Maharaj concluded the evening by blessing every disciple and marking it the end of his East Africa vicharan 2017/2018. 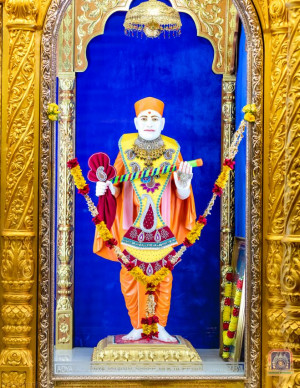 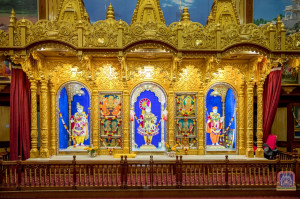 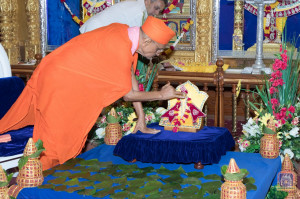 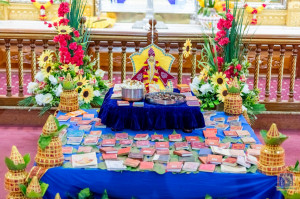 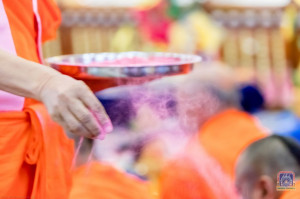 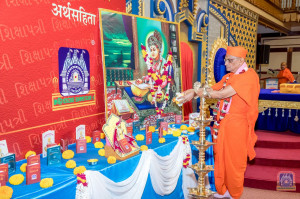