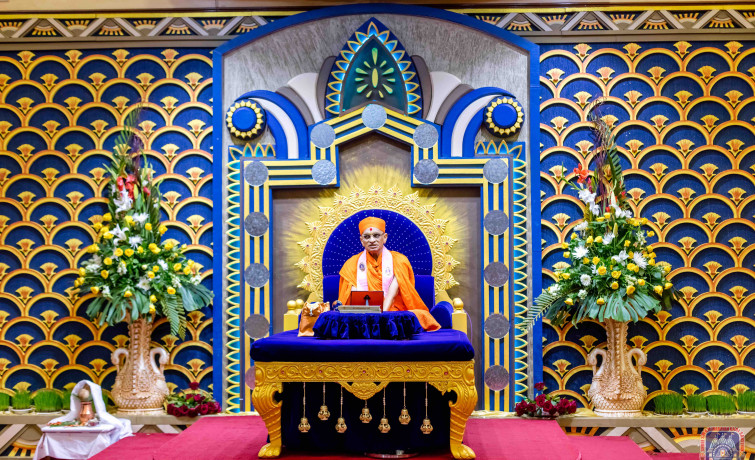 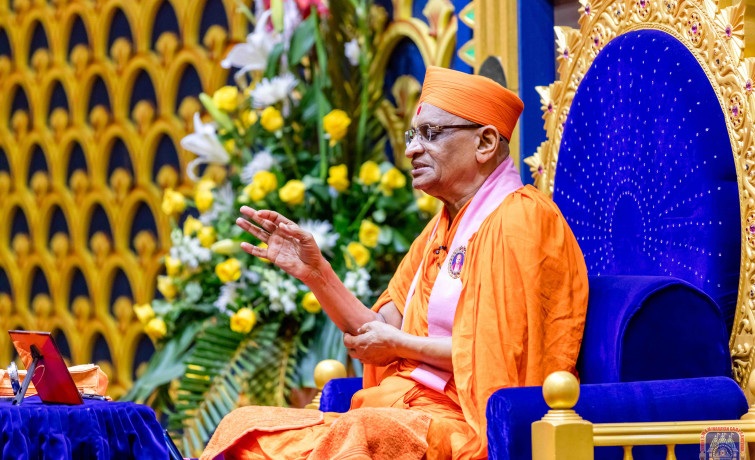 Jeevanpran Shree AbjiBapa says that the Lord’s disciple should never be a coward in his life and also never fear conducting devotion to the Lord.

One should never listen to what people and the word have to say about them because this will lead them to divert from their road to eternal salvation. Hence they should always attach themselves to the Lord.

Whilst in Satsang our enthusiasm magnifies by simply understanding the greatness of the Lord and His Satpurush. The Muktas are like the shadows of the Lord and are always enjoying the bliss and ecstasy of the Lord’s Murti.

One cannot measure the amount of grace and kindness the Lord has for His disciples. Just by coming at His sight one becomes blessed and attains the divine abode of the Lord. One should have a continuous remembrance of the Lord.

The Lord has gracefully blessed us with the contentment of His divine Murti. A true disciple never gets satisfied of knowledge, meditation and perseverance instead they remain enthusiastic for these.

A disciple with absolute certainty in the Lord’s Murti cannot stay a moment without devotion and without the Lord and His sants, and whilst in satsang, as they understand the greatness of the Lord they see no fault in the other disciples and sants but rather only see faults in themselves and only gain the good virtues from the rest. Such a disciple is said to have attained complete certainty.

One has to remain endeavored to attain the Lord’s Murti and should always be enthusiastic to attain the Murti.  The reason we are still in religion is the grace and kindness of Lord Shree Swaminarayan. The Lord manifested on earth to plant and nurture the seed of devotion within His disciples. 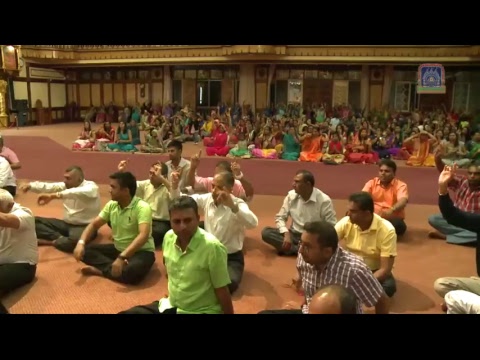