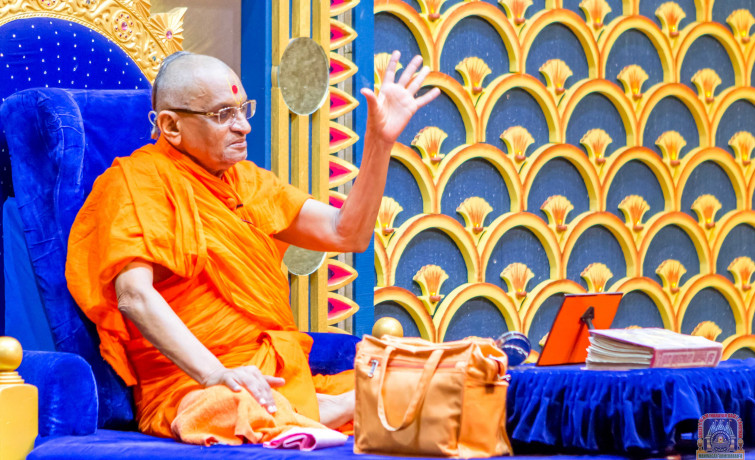 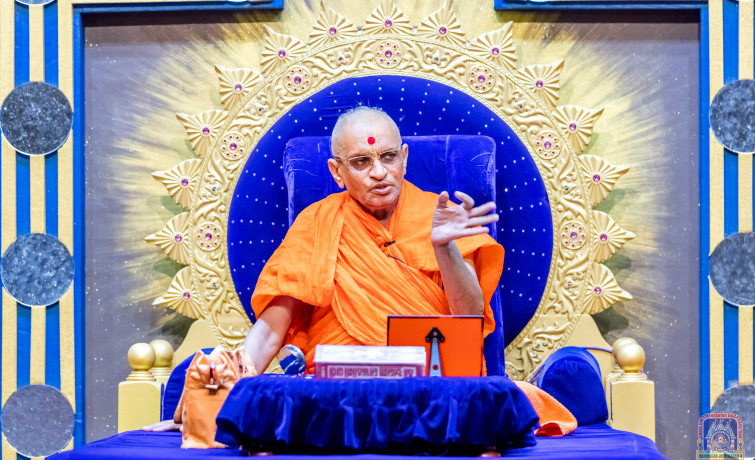 He has organized such events just for His disciples to grow along towards the road to the Lord’s Murti. There is a great benefit of keeping unity within us. The Lord always supports such disciples.

Whoever has known the satsang has made sure they have a firmed their Niyams (vows), determination and partisanship.

Jeevanpran Shree AbjiBapa says that the Satpurush want us to become intoxicated in the Murti of the Lord. To become such and to attain the divine contentment one has to have an understanding that Lord Shree Swaminarayan is the only God and have to contemplate the Lord's lustrous Murti just as it is.

Lord Shree Swaminarayan manifested upon this earth to give the contentment of His Murti to His disciples. We have to contemplate the Lord's Murti so as to attain a complete knowledge.

Disciples that have become the Lord’s recognize their inner weaknesses and honestly take patronage at the Lord’s lotus feet. Such disciples attain the divine contentment from the Lord.

It is only with the Lord’s grace that one is able to contemplate His Murti in all three states (wakeful, Dream and deep sleep state)

Only those who have recognized the Lord and have attained devotion of Love can be able to mediate on His Murti and become His. 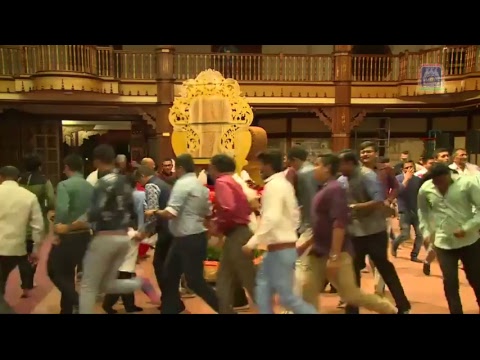