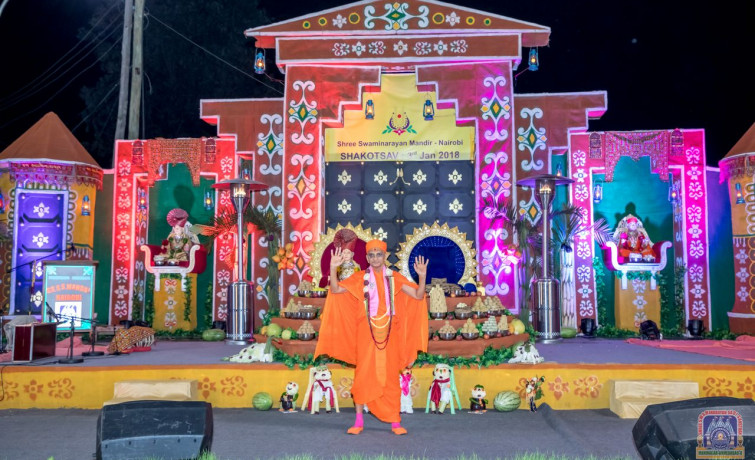 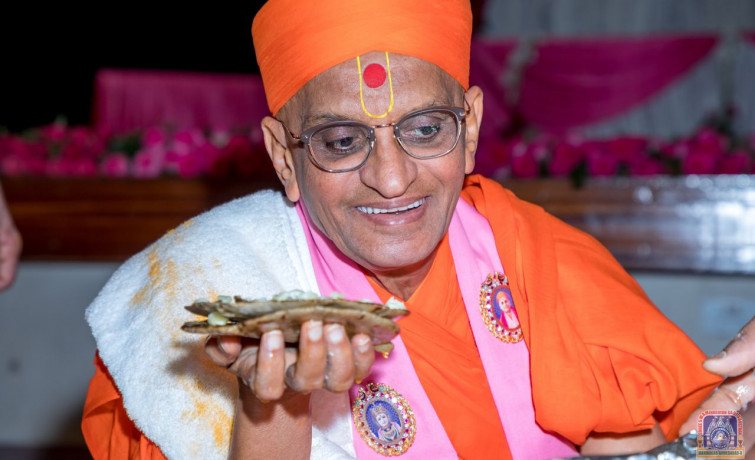 In Samvat 1877, Kartik Vad 10, during an assembly in Loya, Lord Shree Swaminarayan said “My dear Santo! You prepare lavish meals for me, but now I want to prepare shak and serve you all.

The Lord ordered for aubergine, ghee, salt, spices, sugar, chilies and prepared a delicious aubergine curry. Then He Himself served the food to the sants and disciples.

This marked the beginning of Shakotsav.

During the shakotsav festival The Lord Himself prepared and served aubergine curry to all who came to celebrate this festival in Loya. His clothing had yellow stains from turmeric powder and other spices, but He did not care about it. His sole purpose was to serve the needy.

After Sandhya Arti niyams were performed, devotees gathered at the end of Swamibapa road and ceremoniously escorted Acharya Swamishree Maharaj into the temple compound where a grand picturesque stage was erected for the festival. Disciples performed a traditional dance and led Acharya Swamishree Maharaj to the stage where a lavish Annakut thaar was placed at the lotus feet of Lord Swaminarayanbapa Swamibapa.

One of the sant gave a brief history of the Shakotsav festival that Lord Swaminarayan performed in the village of Loya, India. This was followed by Acharya Swamishree's divine ashirvad. At the conclusion the entire congregation performed aarti of peace and unity.  A lavish chapatti meal and aubergine curry was served to thousand of devotees who had come from far and wide (Mombasa, Nakuru, Arusha, Kampala, India, and the UK) to celebrate this rare festival. 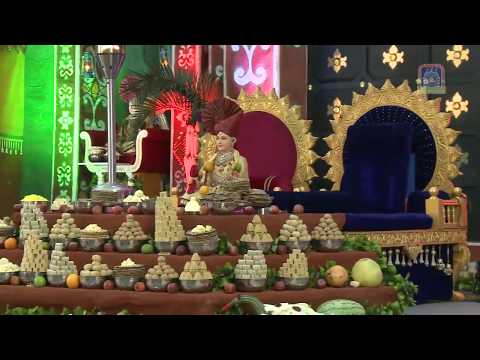 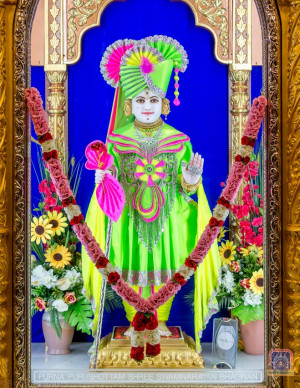 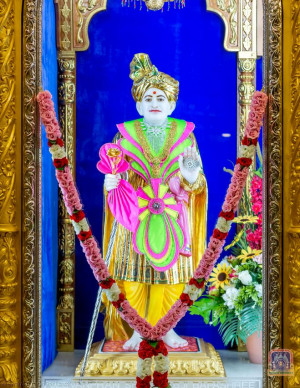 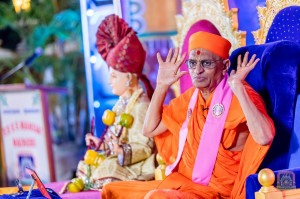 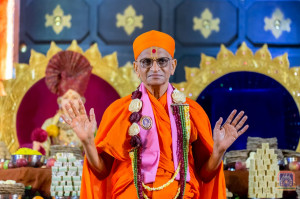 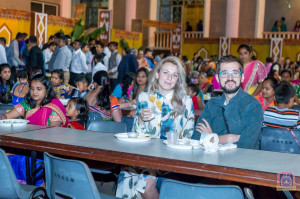