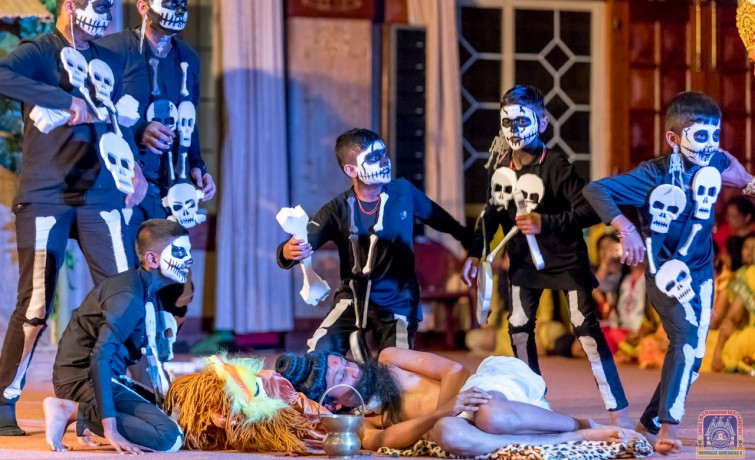 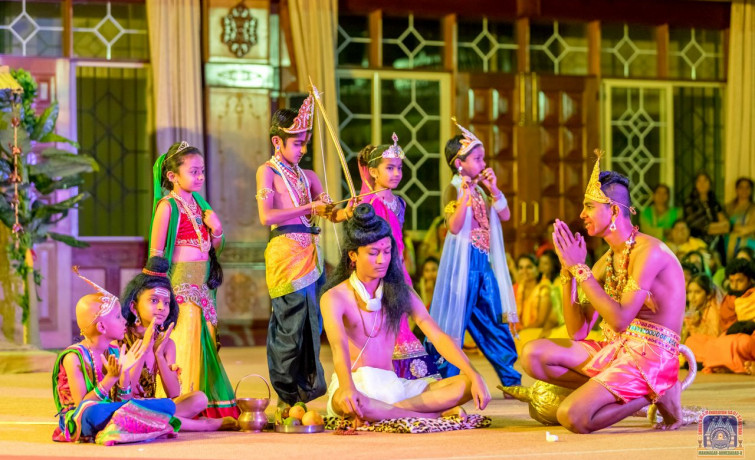 The ancient Hindu scripture, the Brahmand-Puran, has forecasted:

In the Holy Scripture, the Padma-Puran, it is said:

"When the principles of the elite religion are being destroyed,
Lord Swaminarayan will manifest at the home of the Brahmin Hariprasad.
By the mere utterance of His name, sinners will be purified."

As per above forecast, on Samvat 1837 Chaitra Sud 9 (Monday 2nd April 1781), just after 10pm, the incarnator of all incarnations (Sarvavtari), Purna Purushottam Lord Shree Swaminarayan gave His divine lustrous Darshan.

Ghanshyam Maharaj enlightened His parents with the knowledge of His true identity and granted them divine salvation. At the age of eleven years, three months and one day, on Samvat 1849 Ashadh Sud 10 (Friday 29th June 1792), without the consent of His relatives, He assumed the guise of a brahmachari and left home to embark on a forest expedition (van-vicharan) to bestow salvation upon innumerable souls.

The students in their appropriate costumes presented the Darshan of Nilkanth Varni’s divine van-vicharan leela. The play consisted of so many characters that all the students of the education centre were involved in one or the other way. The audience applauded at regular intervals and appreciated the efforts of the characters. Master of ceremony gave brief explanation at end of each scene and educated the audience. At the end of the play the characters performed a dance and received blessings of HDH Swamishree Purushottampriyadasji Maharaj. 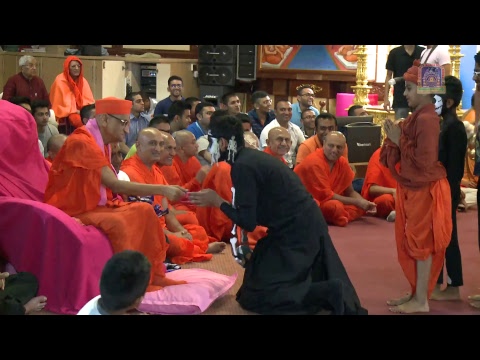 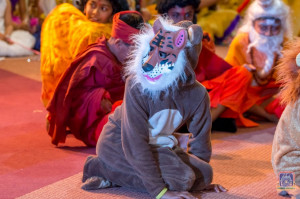 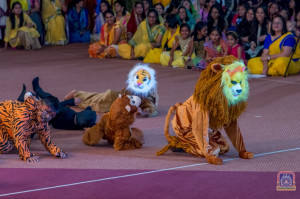 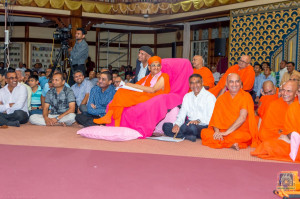 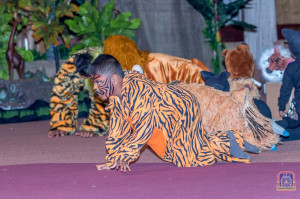 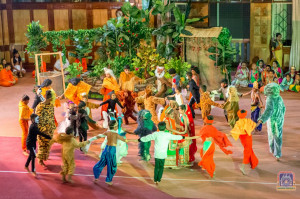 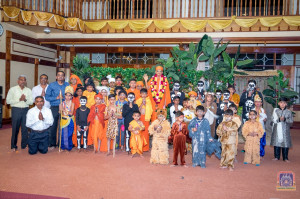