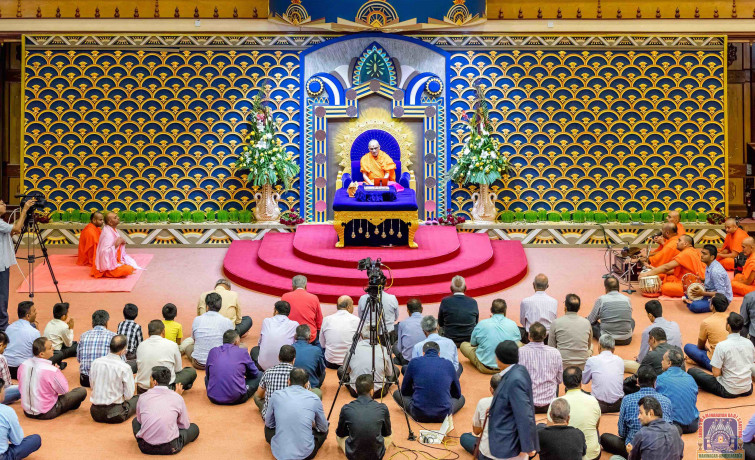 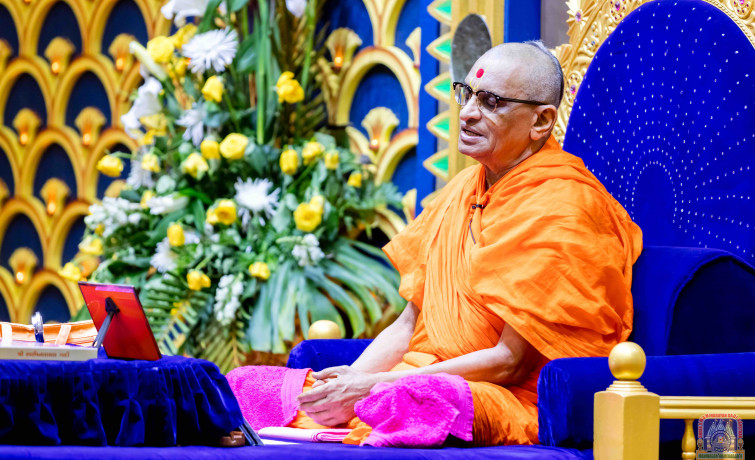 Shree Muktajeevan Swamibapa says that only one who has understood the Glory of the Lord is able to affiliate with the Lord, Mota Purush and benefit from listening to the recitatives, meditation and singing devotional songs.

Shree Muktajeevan Swamibapa says that only one who has understood the Glory of the Lord is able to affiliate with the Lord, Mota Purush and benefit from listening to the recitatives, meditation and singing devotional songs. The Lord’s only duty is to give His divine contentment to those who take patronage at His Lotus feet.

We should have exceptional love and affection towards the Lord until the last gasp of our life, keeping in mind never to let arrogance come in the way of Satsang. One can only be successful in their tasks if God is with us throughout whilst performing the tasks.

All disciples should have one aim; which is to please the Lord so as to let His divine vision fall on us. Only disciples who understand the glory of the Lord and have affection towards Him can be able to please the Lord. One only gets attracted towards the Lord if they become a part of His arena of divine discourses, knowledge and meditation. The Merciful Lord always has His loving sight on upon His disciples throughout.

A person whose antah karans and heart is pure; and is abounded with devotion is the only one who has the ability to have attraction for the Lord. When one brings a filthy hearted man to God with an understanding that he gets blessings from God will stay with God but when he comes across his self-minded subject then he will immediately be away from God. Lord Swaminarayan has explained in the vachanamrut that a devotee with sinful lust can never get close to God.

Whilst performing Satsang we have to ensure that we do not get into relationships with an inferior person instead have a complete relation with Lord Shree Swaminarayan.

By understanding the Glory of this Divine religion we have to attach our souls and have an immense affinity towards the Lord. For one to immerse in the Lord’s Murti, he requires; abhimukt, attachment and dedication. Through dedicated devotion to the Lord one is able to achieve complete divine understanding of the Lord’s glory and thereafter such a soul has nothing left to achieve in life.When one surrenders his soul, mind and wealth to God he is said to be fully absorbed in God’s Murti and has no other affection apart from God.

If we have built up affinity towards the Lord then there is a surety that the Lord will show us the Divine happiness in the His Murti. One who has separated himself from God is known to be an inferior person. We pray to God that we fully dedicate ourselves towards the Lord. 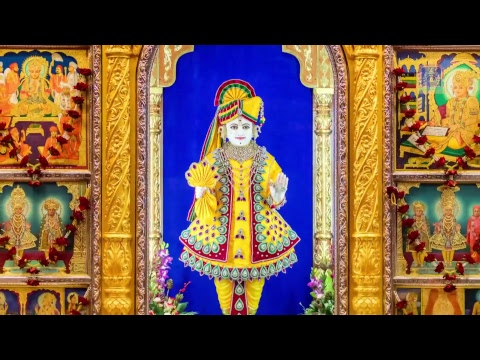