From 2nd to 6th January 2015, Param Pujya Acharya Swamishree along with the sant mandal blessed the disciples residing in Arusha, Tanzania.

From 2nd to 6th January 2015, Param Pujya Acharya Swamishree along with the sant mandal blessed the disciples residing in Arusha, Tanzania.

Lake Chala, an ancient caldera lake, lies some 30km to the South-East of Mt. Kilimanjaro, and is said to be over 2.5 miles deep at its deepest point. It is believed to be the caldera of the first volcanic eruption some three-quarters of a million years ago. Lake Chala is the remnant of a mountain destroyed in an eruption at that time. Lake Chala is fed entirely by underground streams from Kilimanjaro, hence the normally clear waters.

On the 5th, the entourage of sants and devotees along with Acharya Swamishree headed for Lake Chala. They departed at 7.00am and reached the destination at around 9.30am. Various games were played by the devotees to indulge the audience. Some of the games included a three-kegged race, lemon on the spoon races, fetching lemons from the water with the mouth without using any other body part, blowing out flour on a plate to look for a sweet at the bottom, aiming balls into a bucket. The young devotees were given a chit by HDH Acharya Swamishree with the names of the sants and the young devotees had to identify the respective sant.

After the eventful games, everyone was served with mahaprasad. Sants and devotees went down trekking to the lake which was difficult as the route was steep with massive rocks blocking the way. Upon reaching the lake, sants and devotees dipped their feet into the cool lake water and relaxed and later proceeded back up to the huts. The congregation departed back for Arusha at around 4.00pm.

The following day sants and devotees started their journey back to Nairobi after a scrumptious luncheon. 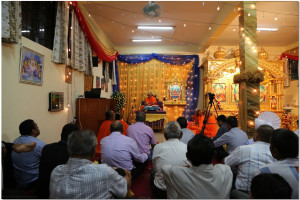 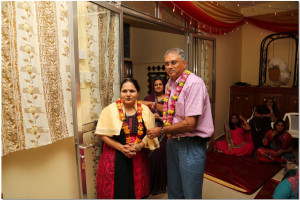 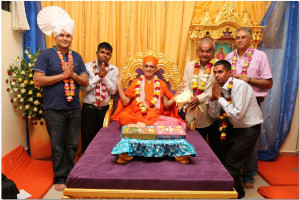 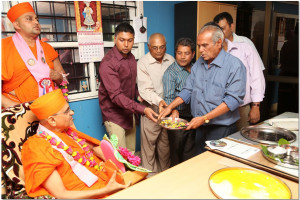 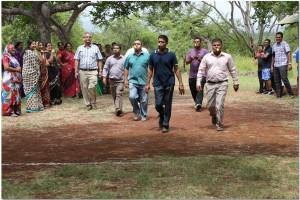 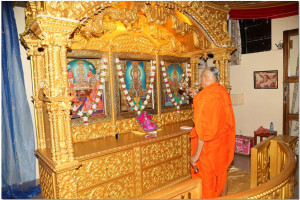