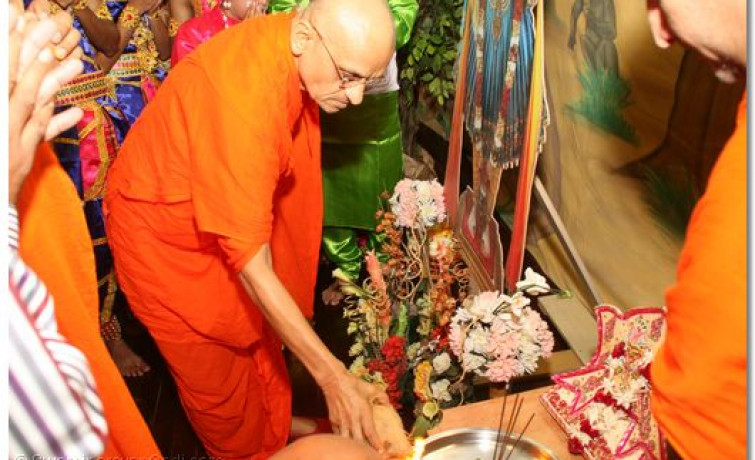 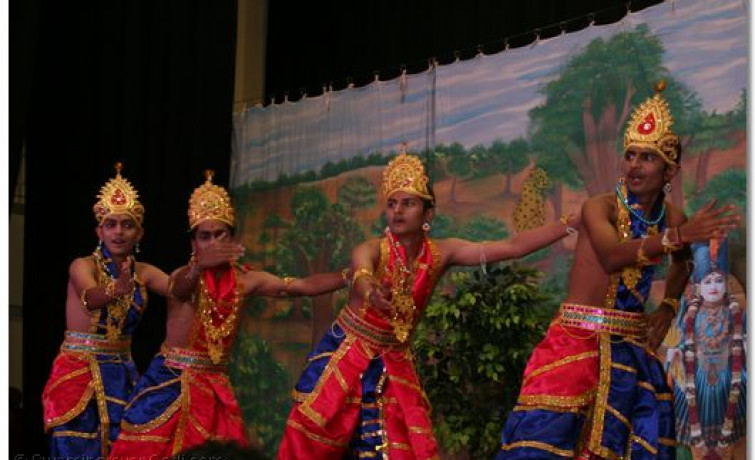 On Saturday, 22nd January 2011, to mark the end of Dashabdi Mahotsav, young devotees performed a drama entitled “Patitodharak Sadguru Shree Gopalbapa”. The programme commenced with prarthna nrutya which was followed by the drama. Eventually, the evening concluded with a stunning closing ceremony dance performed by young devotees.

The drama emphasized how merciful Sadguru Shree Gopalbapa is. He does not consider one’s past, but asks him to follow Lord Swaminarayan’s commandments as laid down in The Shikshapatri. By repenting and henceforth following the commandments, no matter how evil he was, Gopalbapa immediately transforms his soul and accepts him as one of His devotees.

The characters in the drama were a king, Sursinh, a staunch devotee of Lord Swaminarayan. However, his son, Abhesinh was his exact opposite. He associates himself with bad company who make friendship with the son for selfish reasons. The son has all the vices; flesh eating, drinking alcohol, corruption, not observing fasts on Ekadashi etc.

The father tries extremely hard to instill virtues in him, but all his efforts are in vain. Once when the son goes hunting in the jungle, he loses his way and finds difficulty in tracing his way back home. He has a lone conversation with a divine voice. He realises his mistakes and profusely repents to the divine voice. He understands that he is in darkness and needs to be enlightened. The divine voice guides him to a village in which Gopalanand Swamibapa is carrying out religious discourses. He eventually comes for Gopalanand Swamibapa's darshan and asks for forgiveness. Merciful Gopalanand Swamibapa forgives him and proves him innocent in a court of law. Finally, like his father, he also becomes a staunch devotee of Lord Swaminarayan. 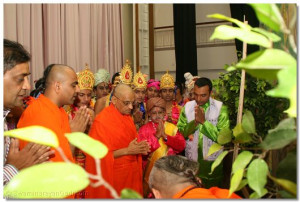 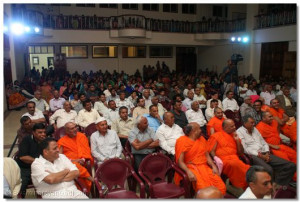 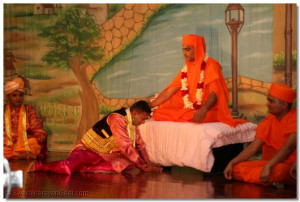 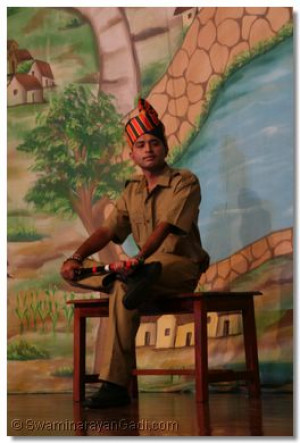 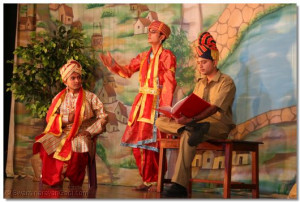 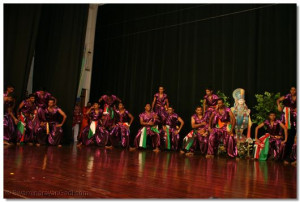