HDH Acharya Swamishree arrived in Nairobi on Thursday, 26th November 2015. Upon reaching Swamibapa Road, He took His position on a chariot pulled by young devotees. Shree Muktajeevan Swamibapa Pipe Band - Nairobi gave a gaurd of honour and led the procession to the temple. Ladies carried traditional urns and sang kirtans to give Him a ceremonial welcome.

HDH Acharya Swamishree performed aarti and cut a cake and offered it to Lord Swaminarayanbapa Swamibapa.

In the evening, a huge congregation gathered for the aarti niyams, kirtan bhakti, katha and sneh milan.After the Sandhya niyams, young devotees performed a dance on the tune of “Aavine Birajo Re, Vhala Maare Orde Re...” in honour of the arrival of HDH Acharya Swamishree and the sant mandal. Devotees welcomed His Holiness and the sant mandal with flower bouquets and garlands before dispersing with delicious prasad.

It was a great moment. The time for waiting was over. Many days and nights of preparation - Lord’s garments, ornaments, flower garlands to flower rangolis, lighting, stage and chariot decorations came to an end. It was a day of celebration, joy and anxiety. 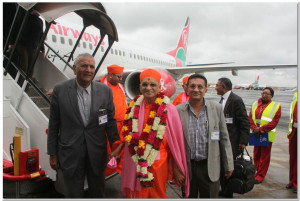 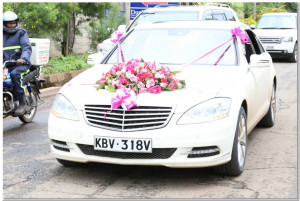 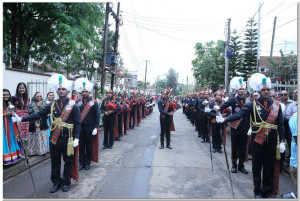 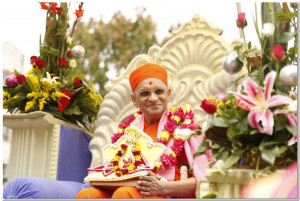 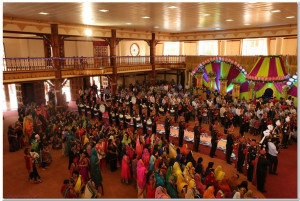 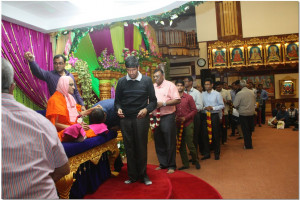